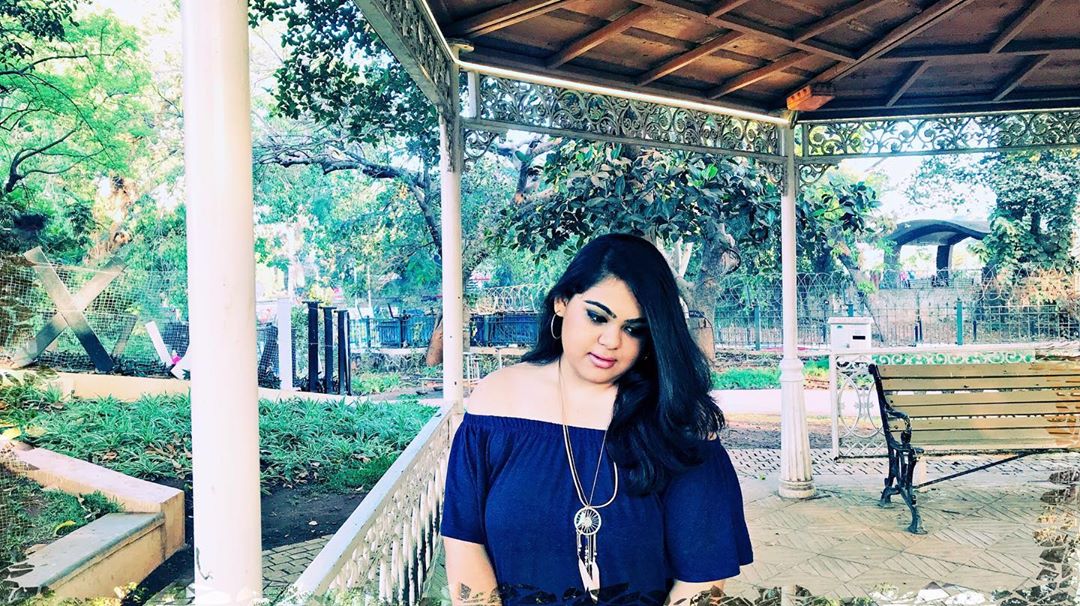 Mallika Mehta is a singer-songwriter, performer. She has been titled as the ‘Adele of Mumbai’ by leading international media. She is an alumna of Berklee College of Music, Harvard University, Kellogg University, and NYU. She has opened for renowned Bollywood artists like Kailash Kher and Shankar Ehsaan & Loy.

Contents
1) When did your journey as a musician begin?2) Which was your first song? 3) Which has been your most memorable performance?4) So how would you describe the music you typically create? 5) Who has been your inspiration?6) What is the creative process like behind your work?7) Tell us about your latest track. What was the inspiration behind it?8) Which is your most preferred genre?9) How was life in quarantine?

Here is a Malika Mehta in a conversation with GOGO Magazine.

I have been singing ever since I remember. My mom used to play the keyboard when I was really little, about 4-5 years old and I’d listen to her play and pick up some lines and play them on my own. That’s when my parents realized that I had an ear for music and bought me my own keyboard. I used to sing alongside the keyboard soon after. Music has always come to me naturally and it’s the passion for it that makes me pursue it. I sang throughout my school life, absolutely loved it from the beginning and about 2 or 3 years after I finished school I had recorded my very first original single. In terms of professional training, I have done some extensive music courses at Berklee College of Music for vocals and NYU for songwriting.

My first original is known as ‘War Solo’. I wrote it when I was 19. It’s a song about one-sided unrequited love. It’s also the first chapter in my EP, EVOLVE: The Story of Her.

3) Which has been your most memorable performance?

Every single performance big or small is so special to me but one that I can think of instantly is my performance at IIM Indore’s annual cultural fest “Atharv”. We were scheduled to sing on their ground where this gigantic stage was built but the rains ruined it all and we thought we may have to call it off. The team wonderfully transferred everything to their auditorium and I have never had a livelier and more amazing audience before.

When I got on stage after the opening act I realized how I couldn’t even hear myself since they were singing each line back with so much enthusiasm. I had made some multilingual mashups for them and even though they didn’t know what song came next, they managed to catch hold of it anyway and sing it back. They were dancing and so was I, it was like this mega midnight party. I have videos of it where you can see exactly what I mean. At the end of my performance, I had a line of people wanting selfies and they all cheered my name for a long time, that is an irreplaceable feeling.

4) So how would you describe the music you typically create?

Something that I hope touches your soul, is relatable and makes you feel each word in it.

I look up to a lot of artists, the list is endless. But to name a few, Adele, Taylor Swift, Kishoreda, Arijit Singh, Lataji, Ashaji, Rihanna etc

I am a singer-songwriter but also a performer. I crave stage performances as much as I love writing songs. As a songwriter, I have written and released 5 original songs. I don’t have a specific way of writing, In fact, there are a few different ways to write and I have tried to explore them all, be it toplining or writing the melody and lyrics together. I think it usually just comes to me, like I know I want to write a song today or I’m just casually humming a melody and I add words to it. But what’s most important to me is that the lyrics are meaningful and relatable and so I put my heart and soul into it until it feels right.

As a performer, I love challenging myself and so I tend to make a lot of multilingual multi-genre mashups.

Kahan Hai Tu has been written and composed by me. I wrote it end of may on my keyboard. Its my first Hindi single, something that has been awaited by everyone, me inclusive so I’m really thrilled about it. I have previously released an English EP called “Evolve : The Story of Her” and an English single “Way Too Long”. I randomly felt like I wanted to write a song, I had nothing in mind, no storyline, no words, no title. I went up to my keyboard and randomly began to play a few chords. I think I began humming a tune first and since monsoon just began I thought of bringing in the element of rain. I think most romantic sad songs somehow find their way towards a rain setting. The lyrics I wrote initially were inversed, but after a few minutes I rearranged it to what it sounds today. It’s a song about longing, yearning, missing and craving for the one you love.

My most preferred genre to sing it would be Pop for sure, although I have been exploring different genres and also released an original – ‘Way Too Long’ in Rock. I’d love to play a lot more genres like country, soul, RnB etc

For me as an artist, it’s been extremely creative and productive. On normal days we don’t find enough time to do certain things we have always wanted to. I have been playing the keyboard in the Hindustani classical style since I was 5 years old. But I always wanted to learn chords to support my vocals. I taught myself chords over the last 7 months and I’m still learning. Apart from that I also released 2 original singles – ‘Way Too Long’ and ‘Kahan Hai Tu’ during the quarantine and have also been writing a lot more music through it.