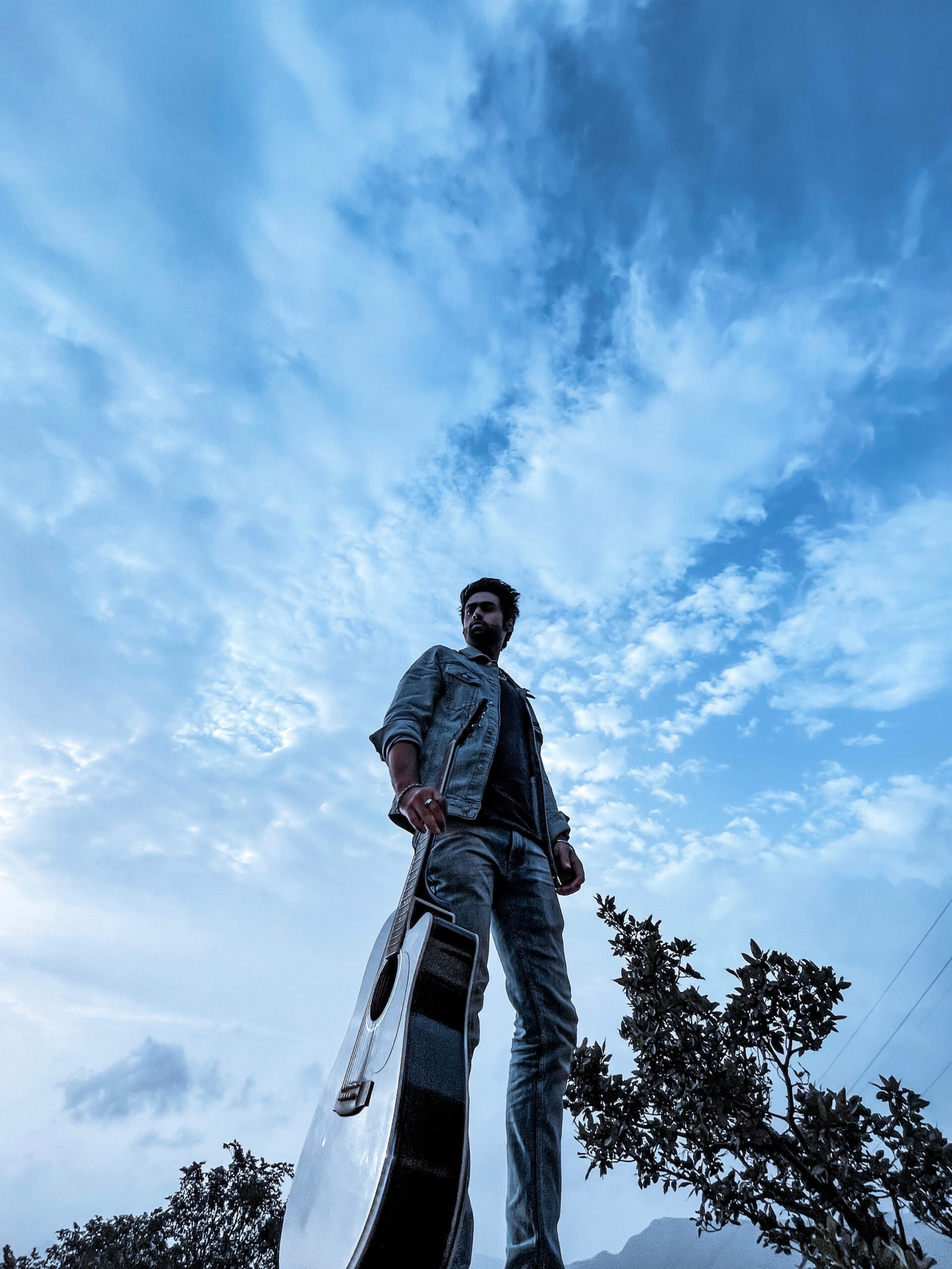 Anant Gupta is an Indian Singer-Songwriter and a Guitarist, based in Mumbai, Maharashtra. He attended the University of California Los Angeles for his music business studies in 2015. After his graduation he moved to New York in 2017, to study Jazz Guitar at New York Jazz Academy. In 2018, he moved back to India to follow his dream to be a Singer-Songwriter. Before anything else he spent his next one year building his Recording Studio where he started carrying out background music and Small Recording gigs to keep his boat moving. In 2020 he released his debut single and since then onward, he has been releasing singles and cover songs which gained him a lot of attention on Instagram.

Contents
1) When did your journey as a musician begin? 2)Tell us more about the experience of studying at the University of California.3) Which has been your first track? 4) Who has been your inspiration?5) Where do you see yourself in the next 5 years?6)How would you describe your music?7) Which has been your most memorable song or project?8)What advice would you give to aspiring musicians?9)Share some of your achievements with the magazine.10)How was life in quarantine?

Here is Anant Gupta in a conversation with GOGO Magazine.

I think there are many schools of thought to this question, I sum it up then I would say I got into music in 2004 when I was just 11 YO and my dad gifted me my first ever acoustic guitar which made me go all crazy  BUT considering the Indian household situations my parents never thought MUSIC will ever help me pay my bills although it’s really good to have it as a hobby, as I grew up I got into it more & more and then in my late teens I met a guy in my society and I somehow managed to meet him and got to his house the very next instant and I witnessed a HOME STUDIO with a full-blown DRUM KIT and all the possible types of guitars for the very first time and that’s when I decided I WANT TO PURSUE MUSIC NO MATTER WHAT and since then I haven’t stopped, but my true journey began in 2020 when I realized that the true purpose of my life is to be the best Singer-Songwriter/Guitar player, and that’s a story for another time!

2)Tell us more about the experience of studying at the University of California.

LA happened to me in 2015 when I had just turned 22, I remember catching a flight the very next day of my birthday (which is the 10th of Sep.) it was quite a quick decision I guess but yeah considering my passion for music my dad agreed for me to go study music abroad. UCLA taught me a whole lot about the business side of music through BIG PEOPLE from the Industry like Michale Jackson’s manager & then Justin Bieber’s manager as well, I was also lucky enough to see STANLEY on my convocation, and I guess UCLA is the reason I chose to be on this path of being an independent Artist. UCLA as a whole experience opened many bridges in my life about how to be on my own because I remember I use to work in a restaurant called “SAMOSA HOUSE” 5 days a week for an 11-hour shift because I had to sort my living expense, travel, my guitar lessons which cost $400 a month and etc., So all of these experiences helped me grow individually a lot & I had so much value added to myself and I guess mainly it revolves around how it helped me to grow as an Independent Artist which I’m today and will keep ongoing.

“Tell me your name” was my first track in 2013 however I am afraid to say that it is no more available on any audio streaming platform but if you ask me my first track which I made myself produced mix & mastered is Tere Bina considering the fact that mixing & mastering is NOT my expertise.

I would say there are 2 people who inspired me firstly VINAY LOBO the guy with the “HOME STUDIO” & another one would be none other than “JOHN MAYOR” who really made me get into songwriting & guitar playing.

I see myself out with 3 albums at least & traveling all over the world giving out the best performances with awesome guitar solos on electric guitar with the best of my vocal abilities.

I suppose I would say the most memorable project is the one I’m working on right now which is an Eight Song album (Name yet TBA) because this project is not only teaching me about music, lyrics writing, mixing mastering, etc., which I suppose I’d be learning throughout my life, but this project is giving me a whole new discovery about myself that who I am as an individual.

For eg, what are the habits that are stopping me from completing this project, which one of them is important to change, and which one of them could be ignored, I am learning about my mind, that when is it more active and when is it not, and I could divide my daily task according to that. Such major discoveries that I cannot describe in words. So many lessons from a different phase of my life come right in front of me, which helps me going, there have been days I have been completely self-doubting myself but I am just going ahead with just one hope and that is to be friends with people I have never met before, through my songs and guitar playing.

I would like to say that once you are aware of that one thing that you have which you want to tell the world, nothing can stop you from it except for yourself, so learn about yourself and work on your craft with whatever resources you have available to you and don’t wait for it to be perfect before you give it out, because perfection is hypothetical.

I don’t have much to say in this space but I was really happy when my latest release “Dost” was featured on Spotify’s “Fresh Finds India” playlist for the rest I guess let’s see maybe when I do this interview one more time I would have more to add over here!

I suppose quarantine was a real game-changer for me because it helped me reflect on my life & during that monotonous quarantine life pattern I had all the time to realize that being a singer-songwriter/guitar player is actually something where all my talents add to the best of my abilities considering the fact that pre-quarantine I was involved into many things like scoring background music for short films, ad films web series, Quarantine was such a highlight for me as an individual coz that’s when I got into my own music and polished & brushed all things related to my music which also gave me the confidence to put my music out there for the world.