Is Indie music the next big thing?

In a country where Bollywood and cricket rule the entertainment industry, Indie music is slowly making its mark in India.

There’s no doubt that the Indie Music scene in India has evolved tremendously over the last two decades. Earlier it was a genre that only catered to the elites, but the musical journeys of these bands and independent artists from being nothing to something is definitely phenomenal. The success stories of these people who were discovered from obscurity are now forces to reckon with in the Indian music scene

.From starting a DIY theme with a YouTube channel and putting some demos on SoundCloud and ending it on Barak Obama’s favorite song list of the year, That’s Prateek Kuhad for you, who managed to gain international notice since his 2015 debut album, In Tokens and Charms. The explosion of music festivals across the country has also played a huge role. From Magnetic Fields to Echoes of Earth to Spoken Word and Weekender, they give artists the opportunity to play to huge crowds.

Digital platforms, like Gaana, Spotify, Apple Music have allowed artists to expand their audience in a very convenient manner.
YouTube also helped these artists to create their music and promote it globally. Somehow, this culture has to start to get the recognition it deserves. At the same time for most indie artists, it’s still tough to make money purely on gigs and streaming, and that’s why the lure of Bollywood is ever-present. However, somehow this culture of Independent Music has started to receive the recognition that it deserves. 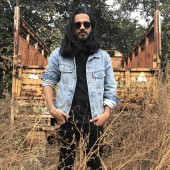