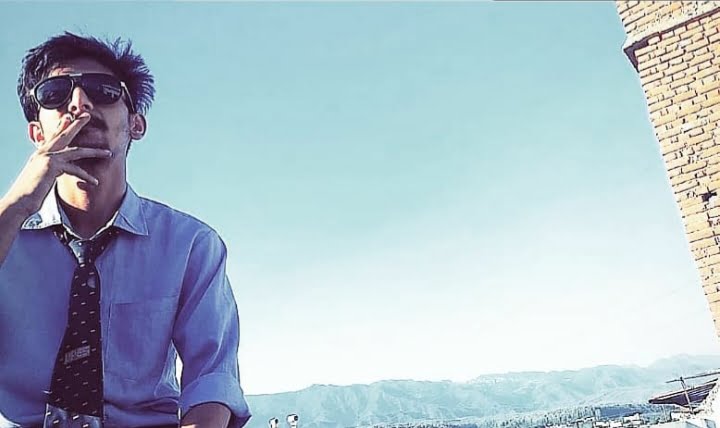 Love is a myth. All that is left is a cigarette in hand and frustration in mind. It’s been three years since I’ve lost my sleep. I go to sleep when I am almost dead. When I can’t smoke more and can’t move afoot, I feel my back sore and my mind empty, I shall seek peace and hence sleep. I read a quote once, “Most of the people can’t sleep properly because sleep requires peace ” and ever since I got my reason, sleep requires peace, and a mind full of anger and regrets couldn’t make a better decision, neither now nor then. A life full of bad decisions looks like a wonderful story but it’s a harsh reality to live on.

Ever since I was a child, I hated to lose. Let it be a game or reality. For once, I listened to my heart much clearer than my brain and I lost the biggest battle of my life. I once was a man of dignity and grace and I lost it all within a night. A night at the blue city of India. Ever since I have hated the place as well as nights. A drunk night which felt like a nightmare was a nightmare even after I woke up in hungover. I have been driving for hours over these years but those ten hours in a train were the most vulnerable. That was indeed the last time I was on a train. Since then, trains were nightmares too. The world turned upside down in a night and I had no idea what was wrong. All the people I trusted the most were now on the other side of the wall. It seemed like I was stuck inside a room with no light.

Ever since that, I haven’t known myself much. Ever since then, I have been taking my brain much more seriously and ended up listening to my heart because that is where happiness is. Because happiness is beyond power and politics. There are still some things which can be bought by simplicity, courtesy, hospitality, service and respect and that is what matters.

The regret would remain forever not because I suffered the nights because I was not a part of those nights now. It was just an escape now. An escape from life to lead the remaining life. A fear that haunts all the way back. A nightmare that still runs through my mind waking me up in the middle of night and going back to sleep hours later. Ever since that night, life has changed and I’ve started doubting. Doubts were always clear but that night the doubts were more clear. I am happy that I was the one suffering and not the one who could make people suffer. I am proud I never broke someone to an extent that they are not them anymore.

My nightmares would guide me home but is the home worth it? I have always loved the roads rather than the destination and that is why I have never found a home. Never ever in my wildest nightmare, I thought I’d be betrayed and broke. I didn’t use to trust people but she came like an uncalled storm and I mesmerized. I didn’t allow her to enter my life but unfortunately, she did enter and kept on entering. The storm brings the dust together and the lies she bought with herself was like the dust. The storms doesn’t last long. And she was a storm taking me away from myself and snatching everything I had in this city.

Three long years and never ever in my wildest nightmare I thought I’d be betrayed and broke. I am going depressed and dull day by day. I’d too leave it before it leaves me providing a painful death and a long time peace. I’ve tried seeking the love, the compassion, the sympathy, the care but never really found it.

The last time I smiled without fear, I laughed without crying, I made love without expecting. It’s gonna be three years. Had she not cheated, I would have been different very different. But ironically she was a storm, the storm doesn’t last long. The storm does change the directions to destroy different places at different times. Maybe this place wasn’t strong enough to suffer her. Or maybe she was the strongest at this place. Whatever it may be, the point is the storms doesn’t last long.

The regret is still on and suddenly cigarettes have accompanied the regrets and it continues. The regret is the amount of good people that I lost on the way to this journey. The regret is while I was busy counting the stars, I lost the moon. The regret is the child I killed in myself in order to prove myself strong but I am glad I killed my fears but unfortunately there is still a fear that might go on till the grave.