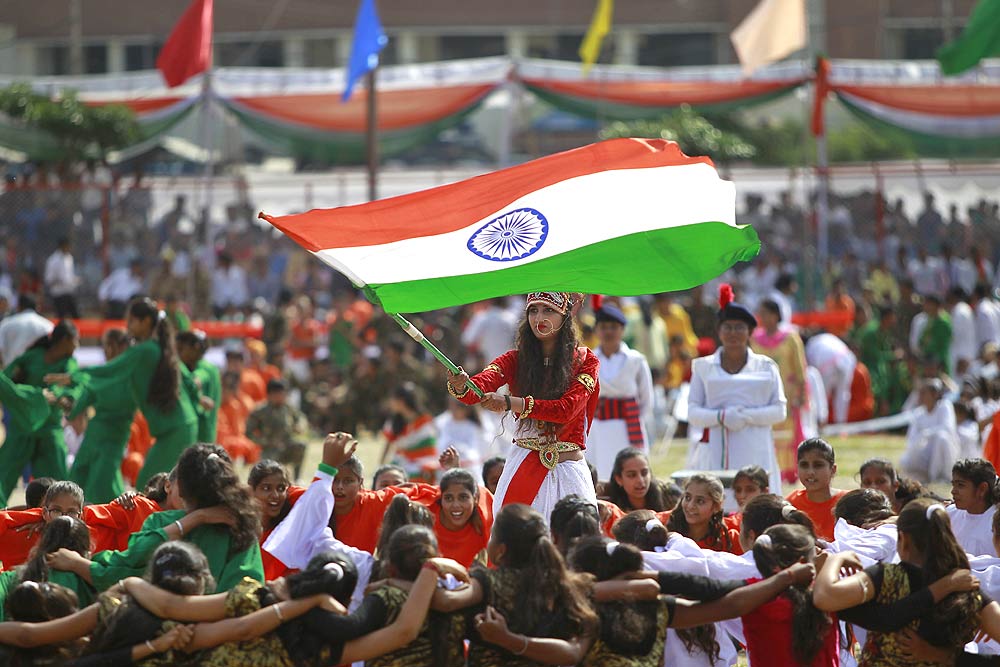 The talk of unity in diversity is discursive if we fail to strive for the unity in inclusivity.

Contents
Practicality over ideologyThere is no universal solutionAwakening our consciousness

To paraphrase Thomas Jefferson, governments don’t acquire power with the help of majority, but with a majority that participates. In the Indian context majority is 80% & even if 40% participates they are to overshadow the electoral outputs but if the minimalistic 20% is given an inclusivity to be a part of a bigger change, instead of the nuisance of majoritarianism a nuance of democracy can be added.

Sure when we speak for India on any global platform, we do speak for its values of pluralism, inclusivity, vibrancy in diversity and an intact unity thriving from Kashmir to Kanyakumari, all this add well to our soft power.

When there is a mention of India nowadays it’s also about the growth of our IT sector, the aspirations of our scientific fraternity from DRDO to ISRO, not just the usual ostracism for leprosy & famines or the talk of noble savages as was perceived sometime ago, recently ISRO has made us more than proud even after the intended output wasn’t witnessed, the growth of the economy from an imperiled state of the 1950s to now a burgeoning one is just one instance of our changing times.

But poverty is also a face of India which isn’t hidden from the world; there is a stark inequality in the living standards here likely as in other parts of the world. Given the size of our country and core values enshrined in the constitution and despite doing well in many fields, we still are decades behind in providing basic amenities to live a life of dignity, as basic as a robust healthcare, a good education and opportunities to employment, thus making every individual to be a part in the long-cherished dream of “swaraj” for all, not by making them bleak as to crawl in front of starvation to die in the most ample age of rendering the best services.

This approach was conspicuous in the earlier five year plans or the young NITI ayaog’s objectives of putting actions into a system to unveil development to all. But the actuality is perfidious to what was contemplated, with the size as one of the world’s largest economies; we also have a greater proliferation of unemployment and thus poverty.

This ought to be changed; the idea of India must be reflected in our policies in terms of extraordinary solutions to our deep-rooted problems and the ignominy of being a country where children die of hunger must be obliterated through a pragmatic & more inclusive approach. India doesn’t want diversity in terms of how many people can sustain a living by enduring hunger for several days.

If we try to understand the term ‘ideology’ it’s not simple as the inculcation of ideas in an organized form, rather it’s an umbrella term at the behest of which actions are taken, plans are formed to target the interests of a particular group or a social setting at different levels of the social system, or in general to make others believe in predetermined and usually not tested ideas to be an alleviating force to eradicate the suffering, and thus promising a change.

For instance, from the ideology of nationalism of Mussolini to communism; from considering nation as ends or people as means a fanatic idea flourished, to fighting for a power shift by seeking social justice to the downtrodden & impoverished proletariats, by fanning the ashes of revolution to abolish the supremacy of bourgeoisie, says a lot of how there are ways of looking at common things, by choosing whose interests one must carry forward.

This battle of ideology is more real as any skirmishes on the border. Different ideologies have their ways of targeting problems and not only finding useful solutions but implementing them in the most effective ways ideally, but not a single ideology has come out as triumphed in improving the lives of many as much as the idea of humanity itself.

The idea of humanity isn’t a philosophical term but the most practical one to serve one purpose of ‘making people live a better life’, of never to worry of hunger & lack of health care facilities, affordable housing & universal basic education to all, would surely this world a better place if people are seen as humans firstly & lastly, the idea of simple inclusion of every form of humanity would reduce the woes of the policymakers who either work on the socialistic basis or for targeting the macroeconomic entities only or a failed conglomeration of both.

Now whether it was Nehru’s idea of socialistic self-reliance to favor the indigenous or Modi‘s idea of “Aatma nirbhar Bharat” to accommodate necessary facilities in the country so as to establish a strong footing in the global supply chains, the sole aim is to make India independent of its capacity to produce anything not just for itself but for the larger audience too.

Thus practically feasible solutions should prevail than just the idealistic yearnings to give a shape to something that would be unaltered always. Whether one is a communist or a capitalist, human rights and thus lives matter, the dilution of labor laws may present opportunities to the industrialists but at the behest of the compromise of someone’s right to live a dignified life, thus a path not meager but something that connects them back to the mainstream and must be an instrument for mutual harmony & common good, has always been a necessity to lead toward our real redemption.

Who likely can provide this path than the representatives of people whom they trusted & invested a great deal of faith. Free; industries or take a back step from being in ‘business of business’, as is best suited to solve a problem but when it becomes utmost important to help people not just survive but to live, to generate employment, to provide security net, the state ought to enter the center stage and must do everything that is needed to ensure social justice and must live up to protect the right to life, as was seen when the major champions of capitalism took the 17th century’s socialistic ways of providing financial assistance to many who were rendered unemployed, as the pandemic unfolded, recognition of the significance of a state-sponsored healthcare for all, became a global realization.

There is no universal solution

Tough problems need tougher solutions. When there is a crisscross of problems varying from place to place from hills to plains, a single solution is never a solution. To serve people in the best possible way, the policies and planning are needed to be done at a very minuscule level, by this I don’t suggest in any way that national issues as a whole should be kept in some isolation.

When the sample size of the problem is small better results are expected. By adopting a result-oriented approach of facilitating people as ends would lead to the fulfillment of goals for a smaller section of people, but by making significant utilization of the resources built, further transformation can be brought.

Thus in overall, linking the different problems with a concoction of tested solutions, can be a way out to tackle the diversity in problems.

For instance, in a village where people are dependent on agriculture for their living but there is hardly any transportation facility to connect the farmers to the larger market. In order to open the doors of ‘economic opportunities’ there, if a road is provided then people from the nearby slum who struggle to eat once in a day can be employed there, thus a simple solution to the problems of a smaller area can help to bring prosperity, if and only if a firm political will is maintained, bolstered with a sense of responsibility to the people as the guiding light.

Some Shedding off the legerdemain of moving files from one table to another, as our bureaucracy has much enjoyed is needed to bring a change through good governance. This model speaks much of a decentralized approach and doesn’t come in the ambit of cooperative federalism only.

The policies should be made at very grass root levels to start from core to space; the center can play the role of assessing the work with an absolute alacrity keeping aside the political ego. Uniformity was never a solution to India, it was the idea of diversity, so the policies should be diverse and experts should be appointed to carry out reliable research, based on which the productive involvement of the local administration should be ensured, a greater inclusivity is the real antidote to the zeitgeist of uniformity.

The shibboleth of judging the governance by the cult of personality is no longer an option if we want to compete with the larger global scenario. MP’s or MLA’s or the idea of 73rd & 74th amendments was to find solutions to the local problems along with the bigger issues, thus our representatives have to be loyal to the votaries till next election at least and favor policies to solve problems, when they don’t work out well, with an equanimity they should make a conviction to resolve it with changed plans else they will be changed!

Ideas are trite, but times call for holding our representatives accountable for every turmoil or misery we find themselves struck in, they shouldn’t be given a second chance if they fail to protect the denizens of this country, the trust must lie with the constitution but misuse of trust that people bestowed on the politicians is the saddest tale of Indian context.

We have been betrayed but people must realize and learn from this. To ameliorate people, we must emancipate ourselves from hero-worship as Ambedkar coined way before media took the affable steps towards those in power.

Hero worship is the least thing one must do in politics, the moment when you surrender yourself in front of a humanely greatness,’ your hold’ on your course of life comes under threat, no matter how great you may find that person to be.

This sounds pejorative but there are cases when the cults drive you crazy, in terms of your rights put yourself & humanity first).

Vote wisely, if injustice happens anywhere, remember it’s injustice to everyone. Speak out, protest, every life matters. Make your own inclusion, this country is our & our inclusivity is its salvation.

Posted by Shiwangi Sharma
Follow:
Exist in my own head only & Still figuring the rest out!
5 Comments 5 Comments