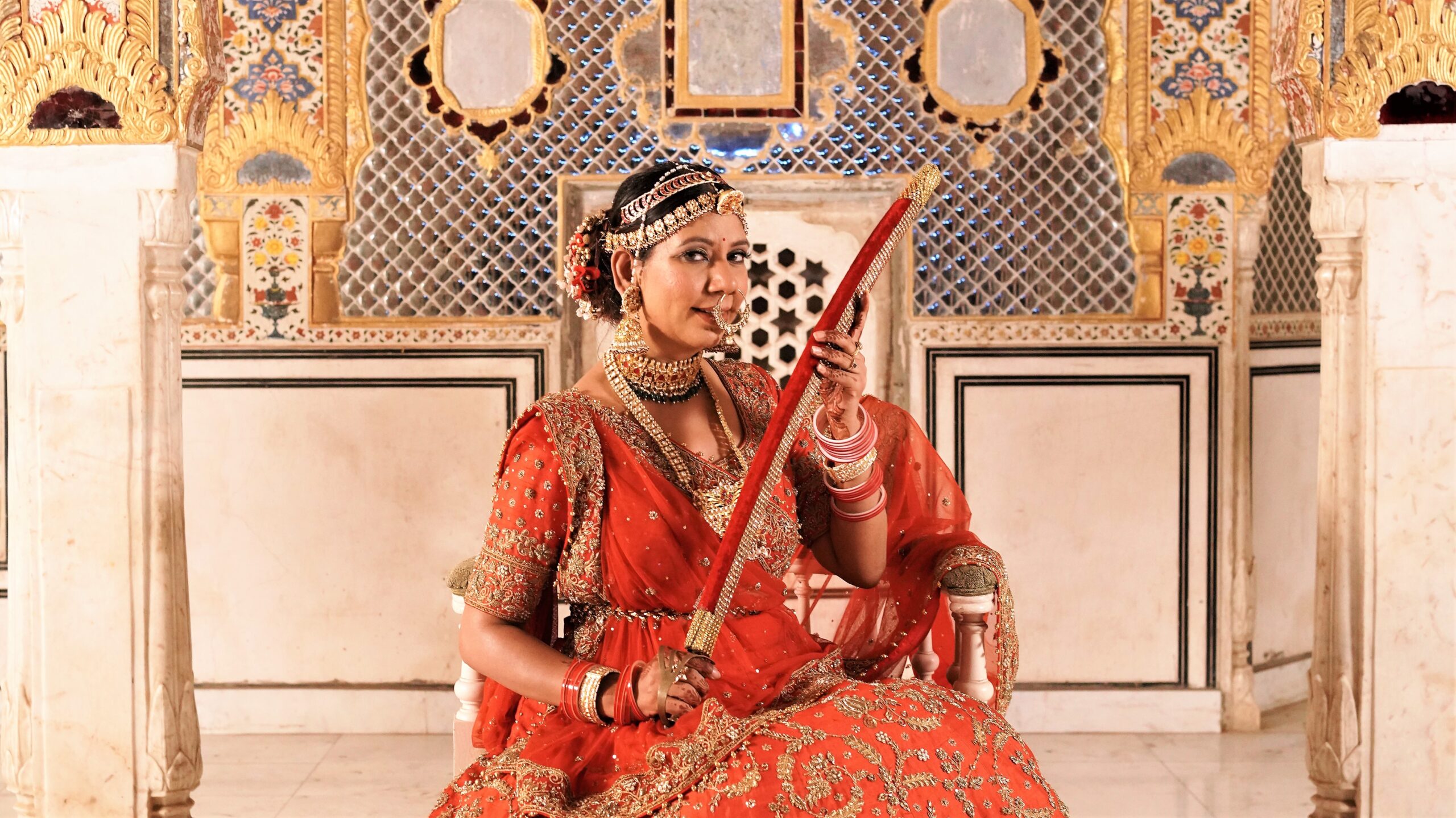 An Impeccable Academic Background, Theatre Actor, Classical Training In Kathak Dance & Hindustani Vocal Music With A Professional Orientation is what makes Shefali Saxena a Master Of The Ceremonies. At 22, Shefali was settled with a Government Secured Job of a Zoology Lecturer in Degree College after Qualifying a National Level Exam UGC NET. Having realized soon that she was Born for Stage and Bollywood, Shefali went all out to Achieve her Dreams and left No Stones Unturned. A mastermind loaded with varied experiences, gifted with a mesmerizing voice and magnetic aura, Shefali Saxena is a perfect blend of melody and harmony, the play of power and softness, the alchemy of sensuality and intellect with glamour and class.

Contents
1) When did your journey as a musician begin?2) Tell us more about the experience of being a theatre artist and also a Kathak dancer.3) Which has been your first track?4) Who has been your inspiration?5) Where do you see yourself in the next 5 years?6) How would you describe your music?7) Which has been your most memorable song or project?8) What advice would you give to aspiring musicians?9) Share some of your achievements with the magazine.10) How was life in quarantine?

Today, she is an Accomplished name as a Singer, Anchor, Actor, Brand Ambassador, Producer, Show Curator, and popularly known as India’s Only Female LED Interactive Live Performer. Her Original Songs with the rich music content for Indian Traditional Folk/Classical Music and grand Music Videos have been trending top on major Digital Platforms, under her label “Unwind Communications” and directed by her. Shefali’s motto in life is, “So Much to Do, So Little is done, So Hurry Up” She is an active practitioner of Nichiren Daishonin Buddhism for 12 years and believes in creating value with every endeavour for the higher good.

Here’s Shefali in a conversation with GOGO Magazine.

I have been taking classical training in Hindustani Vocal Music and Kathak since my Childhood but coming from an academician background, my family was never inclined to me to take up such a challenging profession. I was a gold medallist throughout and qualified UGC-NET in Life Sciences and when I got a permanent government secured a job as a Zoology Lecturer soon after completing my post-graduation, it was an awakening for me to follow my inherent passion, for which I am born for and I moved to Mumbai from Delhi around 8 years back to create my space in Bollywood.

2) Tell us more about the experience of being a theatre artist and also a Kathak dancer.

Awwww…performing arts is always my first love and that can be seen in my latest video song, Ghoomar too and the next one coming up around Holi. Both are traditional with Rajasthani flavour, while this one is royal and the next one is folk. I would like to add that I have been also from Shaimak Davar’s troupe from where I have learned the art of being an ace performer apart from a complete entertainer.

My first original track was released by Shemaroo on my birthday on 08th August’2018. A Punjabi Folk, Kadite Hass Bol Ve which has been in top chartbusters on JioSaavn, where I have done rap also apart from singing the song. It has a unique music video on a concept of my live show, which has made me popular as India’s only Female LED Interactive Live Performer. In this act, I interact flawlessly with my own images displayed on the LED wall behind me, while my eyes are gazing in front of my lovely audience.

There are many…. I believe in taking inspiration from whomsoever is there around. There are so many skilled, talented and hardworking people, we come across in our lives daily. As far as the media industry is concerned I get very inspired by Shahrukh Khan, Akshay Kumar, Priyanka Chopra as like me they have been from non-film and humble backgrounds but made it so far. In Music, it’s Michael Jackson, whom I look up to like someone so mighty, full of power, kindness, and learning.

More established name as an artist with my production house, Unwind Communications in a full-fledged status supporting a lot of upcoming talent, guiding them the way through as everyone in the industry is making their horses run but somewhere has lost the direction, which comes a lot with experience and education.

I believe music has no language. As long as it touches the soul and gives happiness, it’s worth it. I feel fortunate and proud of our rich cultural heritage and like to do more Indian music, which takes us back to the roots but at the same time, I believe an artist has to be versatile and also unite borders. So going forward later in this year, you shall hear me in lots of different genres like Arabic, EDM, etc. too.

Undoubtedly, Ghoomar – a Royal Folk as this project has given me wings not only as an artist but also as a Creative Director, launching my production house officially. I have beautiful memories of Ghoomar, right from its audio creation with eminent Sitarist Singer Composer Suhel Rais Khan to pitching a video project to Chomu Palace, a 300-year-old heritage property showcasing the rustic, royal canvas, which I always desired for my aesthetic video unveiling the glory of Rajasthan, India. This was followed by the heart-stealing choreography with props to my stupendous looks of a queen. I had a wonderful team and every aspect of Ghoomar is nurtured with abundant love and aesthetic sense.

8) What advice would you give to aspiring musicians?

That each one has a gifted quality, which only he/she has. Identify that strength of yours and be aware of your weaknesses too. Your journey is only yours and first, you have to believe in yourself. You are enough to stand for yourself and steer the way forward, rest all shall follow. Also, as an independent artist, be independent in every area of your project and drive it ahead wisely with a stand-alone spirit.

My biggest recent achievement has been hosting a National Event with our honourable Prime Minister of India Shri Narendra Modi Ji at Rashtrapati Bhawan in the presence of the honourable President of India Shri ram Nath Kovind Ji and other ministers. Post that I have received a Gold award too from my fraternity as the performer of the year.

Awesome by God’s grace. As there were no live shows happening but fortunately I got into the industry of Independent Music and released 8 singles (songs) with beautiful videos, streaming on major digital platforms and some of them have been trending in Top5 too with playlist and media placements. 3 more decent size mesmerizing videos are in the queue for the release in the traditional genre.