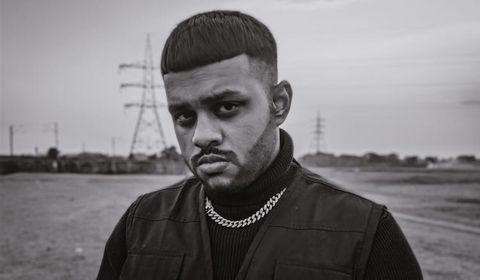 Contents
1) When did your journey as a musician begin?2) Tell us more about the story behind your stage name?3) Which has been your first track? 4) Who has been your inspiration?5) Where do you see yourself in the next 5 years?6) How would you describe your music?7) Which has been your most memorable song or project?8) What advice would you give to the aspiring musicians?9) Share some of your achievements with the magazine.10) How was life in quarantine?

Here’s Xenon Phoenix in a conversation with GOGO Magazine.

I started releasing original composition in the year 2014 under the alias Xenon Phoenix the same year I released my first ep titled “My Chemistry” before that I used to write poems as soon as I learned about hip-hop I got more into to process to channel my expression through music as an individual.

2) Tell us more about the story behind your stage name?

The name can sound peculiar that deals with an element in chemistry and a mythical bird but it was special for me as I quite the subject chemistry in high school and Xenon was my favourite element from the periodic table so I blended it with Phoenix which is the rage while Xenon is the calmness in me.

I did a couple of tracks in 2014 but I would consider Twisted Turns as my first track which was a collaboration with a well known Polish Producer called Forxst this was released 5 years ago probably the first song that got a good amount of recognition across India and Europe also to air on National Channels like VH1, 9XO and more.

I can call out endless musicians from all kinds of genres that inspired me for who I am today but personally, it was my alter ego all over that gave me hope to face my mirror as my competition so I can be better every day I still consider the rapper Tech N9ne as my idol cause he did it all independently.

That’s something I’ve asked in the corporate world as well another side of music is a job to pay my bills but yes most certainly to keep my music going connect more people who can relate to it ultimately make a living from music I really don’t care about awards, placements or materialistic lifestyle. I want to stick to the ground level and communicate with people inspire them through my music if I’m able to change one person’s life through that I already won in quest of the so-called competition.

I’m mostly into alternative hip-hop infused with dark trap beats this is something that lifts me up all the time sometimes I can do some songs which are mellow as well but mostly I’m about dark trap music.

The most personal and memorable song would be my latest release ‘yesterday’ featuring Guwahati based singer Jennifer Rabha this song connects to my best friend Julia whom I lost last year with a sort of mixed emotions for everyone who has been through a hard time in the year 2021 cause I was one of them too at a moment I thought of giving up this project cause every female artist I reached out for a hook they passed on it by saying the lyrics are too depressing but then I met Jennifer who acknowledged it and finished it in 3 days and now it’s spinning good numbers around.

The only thing I would like to tell them is to be better than every day from what they do the same thing and not to compete with anyone else rather themselves only also keep working so hard that their music should be a message for the people, stories they can share through music. Never to chase popularity, something which makes me sad is frequent DMS asking how did I get on XYZ platforms without the fact they didn’t even hear the song I released or how was it. That’s all I would say besides good music will always find its way up.

My only achievement would be that I was able to save a person’s life from committing suicide who found hope after listening to my music and gave up on such a thought it’s a gift indeed that I was able to help someone. Besides this, all the other platforms I have been I can say so I’m the first artist from my city Siliguri to be on MTV, Vh-1, BBC Radio, Redbull, Rollingstone & more but again these are not really my achievements but I’m proud what came along with years of hard work. Cause at the end of the day people will know me for where I have been on rather be it analytics of how many views or streams I get.
But the real ones will find a way to connect through music.

So far it got me close to my family I moved from Pune back to my hometown Siliguri as I was away from my mother for 3 years or more started working from home balancing music on the weekends so I can say I’m able to do more by staying safe.