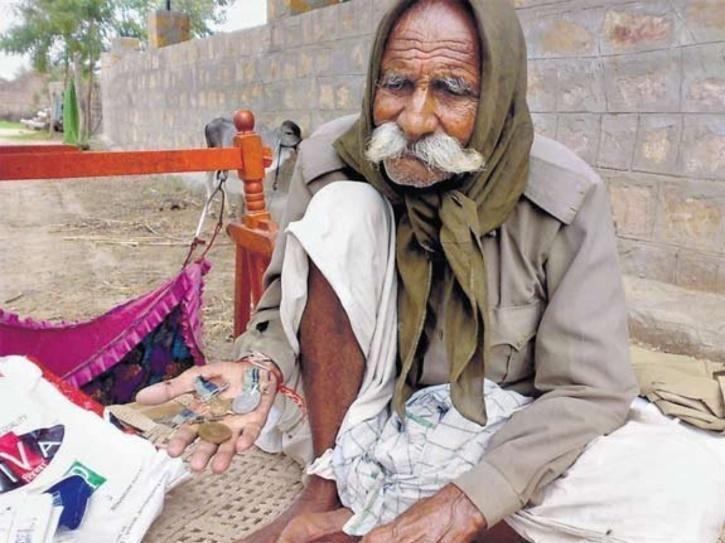 Ranchordas Pagi was born in a village in Gujarat and hailed from the family of  Rabaris who used to herd cattle and camel in Limbala village of Banaskantha, a village that shared its border with Pakistan. India is a country to be known to fight many battles in its history with now it being a democratic country.

The 1971 war was one of the historic wars of India and Pakistan, where Pagi played a pivotal role to the police and field Marshall at that time. Pagi worked for the local police and was also recruited by the Indian Army as a scout.  He took the responsibilities offered to him by the Indian Army and he traced the location where he was able to find 1200 Pakistani soldiers who were hiding in the nearby forest which led to a victorious moment.

Pagi and his dedication towards his work were what made him stand out and was later given the post of Pagi which meant guide by the then Army chief Officer. Pagi was a strong and dedicated man towards his job, his work as a guide to the army officers made him get noticed by the Army chief Sam Manekshow who also gave him the job and started calling him Pagi.

Sam Manekshow was so interested that he organized a personal meeting with Ranchordas Pagi, Pagi’s contribution has also made him won awards which include- Sangram Medal, Samar Seva Star, and police medal for his exemplary work during the Indo- Pak war, he was also famous for the capturing of the camel which was carrying 22kg of RDX. In the future years, the Rabari community and would offer its services to the BSF and the Indian Army.

Pagi four years after retiring from his post, passed away at the age of 112, the Gujarat police found a unique way of honoring Pagi after his death, they started calling the members of the Rabari community who still work for the army as Police Pagi. Pagi was an intelligent man who during his lifetime tried and did his best to remove dirt.

There has also been a movie about the 1971 situation, the movie recently released was inspired by Ranchordas Pagi and his lifestyle and the wars fought by the Indian army and was known as ‘Bhuj’. The Indo- Pakistan war occurred due to the Bangladeshi liberation war in East Pakistan, India aided East- Pakistan to end west Pakistan’s oppressive regime.

As various Indian Air bases were bombed, the Bhuj airbase was one of the most prominent IAF territories which took a massive hit.

The movie Bhuj showcases the hard work of the Indians who lived in the village nearby and helped the army by repairing the damaged parts quickly. The movie Bhuj is a great watch as it showcases various parts of the 1971 war and also Pagi in a detailed way.

The cast and director of the movie Ajay Devgn,  Abhishek Dudhaiya has done a great job of making people understand and give importance to one of the very famous people of our country who did his best in providing the required information to the Army by using his eyes and mind.

Ranchordas Pagi has a story that is to be heard by the whole nation and salutes his bravery and hardworking.