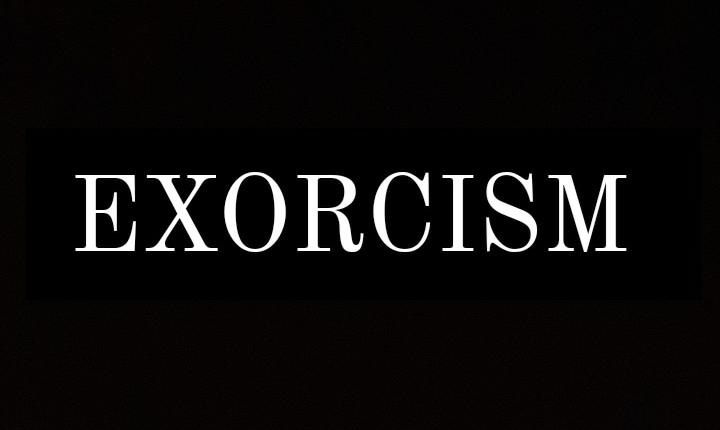 Before Science progressed and Psychology of the mind fully established, people did not acknowledge mental disorders. A mentally unfit person was considered possessed, by spirits of different sorts and the course of treatment included exorcism and containment.

Even today, many countries in the world have a high number of exorcist performances which includes Mexico and India. Today, when the school of Psychology makes great efforts along with huge strides in the area of mental health, there is a rather huge chunk of people who believe otherwise.

Specifically talking about India: Dausa, Mehandipur, Gangapur and even the Nizamuddin Dargah in Delhi are some of the better-known places for exorcism. If you are interested in Parapsychology or wish to doubt the supernatural, visiting one of these places will be a once in a lifetime experience.

Men and women are brought, the kind of ghost that possesses the body is tested and the pandits who claim to be doctors of the ghosts treat the ‘patient’.

Exorcism is cruel and painful. The use of batons, boiling water, fire, chains and isolation cells are an integral part of the ceremony. The pandits charge great amounts of money for the same.

Now, quite interestingly, a majority of these ‘possessed’ people are women, in India. There are some reasons considerable for the formerly stated fact, the most important being that given the patriarchal set-up in our society, most women, if not all, live their entire lives in the shadow of the men in their lives. Subconsciously, the vulnerability, trauma, and suppression of these inflicted women cause the make-up of their mind to regress and they adapt to the circumstances in such a way that feeds in the orthodox belief of possession and in a way, they get attention as they’ve never had before. Everyone in the family, in the village suddenly recognizes her, validate her and consider her opinions. The chastity, sexuality, the basic ability to be oneself is denied from the very beginning and is a major reason as to why it’s more common in women. Simply put, men have not needed to go to an alternate space to be themselves like these women might have to.

Most of the time, the women know how to be possessed, it is common in certain cultures, and the sticks and fire only change the focus of the pain from mental to physical, which they consider to be a cured patient. That’s why when you dig up such cases, there’s always a common complaint of resurfacing problems. A majority of time, these cases could be of dissociative disorders or schizophrenia and they remain untreated for all their lives because of the blind belief in such practices.

Some of it comes down to lesser exposure, information, infrastructure, and primitive conditions of the mental health system in India, which further firms the belief of possession and exorcism. But at the end, to each his own, because we’re such tiny specs in a vast universe and there’s only so much we can know.

Posted by Khushi Maheshwary
Follow:
Happiness! That's what my parents had in mind when they named me. But I guess "Happiness" is so much more profound to be just a name. I wish to spread more of it through this blog, addressing and simplifying things we so often complicate ourselves. Happy Succinct Reading!!
4 Comments 4 Comments