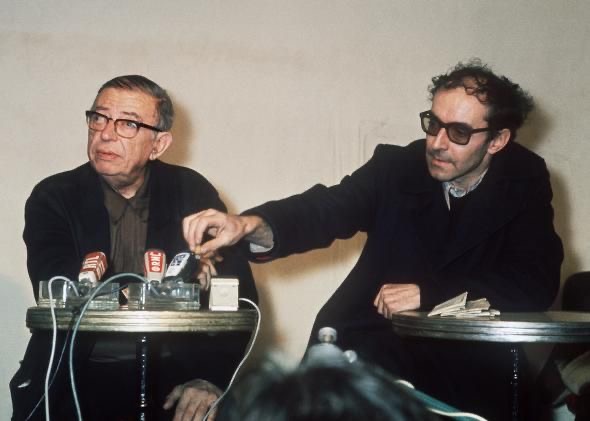 Two great existentialists of all time; Jean-Paul Sartre and Albert Camus used to share some special bond of friendship. If you are a Naruto fan you know the rivalry between two people ain’t always about being enemies, Sun and Moon are rivals if looked from one perspective but they make a whole unit “A day”. So this write up is about two different theories and two different answers which made a pretty big deal for Europe that era of time.

These two names are very famous in philosophy, their great works and books like The stranger and Nausea are the most selling books. Even Albert Camus won the Nobel prize in Literature at the age of 44 in 1957 and Sartre himself influenced many young minds from his thoughts. They were always an odd pair but when Camus died in a car accident, Sartre said that he was my greatest friend. And they used to get along so much as well. But after WW2, things were a little different because of the question “How to be Free”.

A huge debating phase has started when Camus published The Rebel. Where he gave voice to a roughly drawn ‘philosophy of revolt’. In which he said, Violence might be used in extreme circumstances (he supported the French war effort, after all) but the use of revolutionary violence to nudge history in the direction you desire is utopian, absolutist, and a betrayal of yourself. We can say he was more humanistic, he believed that the conflict between justice and freedom required constant re-balancing, political moderation, an acceptance and celebration of that which limits the most: our humanity. ‘To live and let live’.

In a more simple world, he believed that we all are free in our own terms and unit and when it comes to questions like this “Can we sacrifice a soul if it’s for world harmony?”, Camus would say No! We have no authority to sacrifice souls because man-made political crises and conflict. In the name of creating a utopia by sacrificing some individual freedom can’t nullify anything.

But on the contrary, Sartre read The Rebel with disgust. Sartre was a true Marxist, Camus who believed individuals’ freedom mattered. Sartre believed that history was at the mercy of material historical forces leaving little room for personal autonomy. The problem is that, for Sartre and many others on the Left, communism required revolutionary violence to achieve because the existing order must be smashed. Not all leftists, of course, endorsed such violence. But the publication of The Rebel, Camus declared for a peaceful socialism that would not resort to revolutionary violence. Sartre, meanwhile, would fight for communism, and he was prepared to endorse violence to do so.

So basically these two chose some different parts. For one freedom at an individual level is necessary and an individual matters but on the other hand to achieve the utopia we must sacrifice the individuality and thus freedom at the individual level has less value. The split between the two friends was a media sensation. Les Temps Modernes – the journal edited by Sartre, which published a critical review of The Rebel – sold out three times over.

Sartre, the existentialist, who said that humans are condemned to be free, was also Sartre, the Marxist, who thought that history does not allow much space for true freedom in the existential sense. But Camus who was ready to fight for individual freedom and quoted, “I choose freedom. For even if justice is not realised, freedom maintains the power of protest against injustice and keeps communication open.”

We all are divided between two ideologies. So do Sartre and Camus, both want to make this world better but at what cost? That was the ultimate question.

What do you think about it? To achieve a perfect world, can we sacrifice individual freedom? Or can we have other ways too? Or utopia is just some fantasy we can’t have until we don’t face the extreme violence of all time or there are some other ways too?