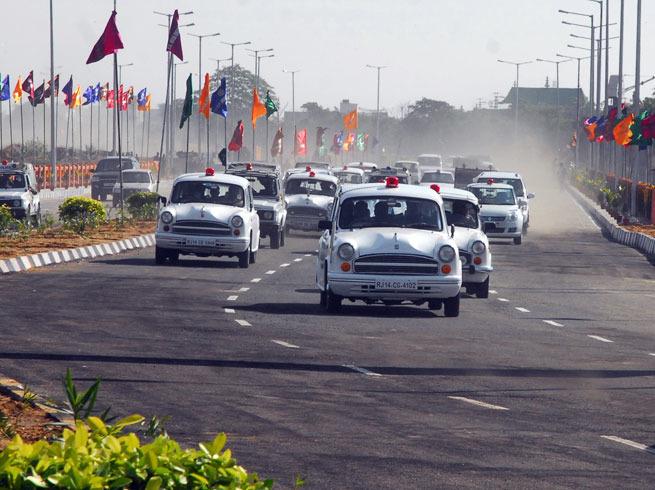 Jammed Roads. Roaring ambulances. Cacophonous horns. Provoked Pedestrians. A fancy government car.
The genesis of VIP culture dates back to the days of World War II, and as India adopted its ideologies and culture from the colonial government, VIP culture became the easiest one to gobble down and build upon.

The legacy of ‘Laal-Batti’ originates from the attitude of those who served in the British Empire and treated the natives as slaves. The country admired the system so much that India observed lakhs of people being mentioned in its VIP list in 2017. A whopping number of 5 lacs+ people saw their name against other rich and affluent countries like China with 435, Japan with 125, and The US with 252 VIPs on the list. The number grew so large that India felt a need to categorize the affluent cliques into subcategories. A single VIP was averagely surrounded by 17 policemen against the country’s average of one policeman over 253 Indians.

Although the present Government of India showed the willingness to raze the culture, India hasn’t seen any significant progress in the matter. In 2019, it was reported that more than 19000 ministers held the coveted status as against in the year 2018 where 21000 ministers enjoyed the privilege. Not only the protected class but even the spouses and the families are showered with reverential importance. We all have witnessed the “feudal lords” getting special access to darshans in the sanctum and uninterrupted access to restricted places while we struggle to breathe in the obnoxiously long lines.

The intensity of the problem resurfaced when society witnessed the humanitarian tragedy of 2020 during the lockdown where innumerable migrants walked on bare roads in the hope to make it to their homes, simultaneously being thrashed by the police; while on the other side rich and influential people violated the lockdown blatantly. The hospital resources were outrightly provided to the important ones, leaving the common men on the streets.

Aside from it being a sheer waste of taxpayer’s money, the inculcation of these vexatious lifestyles in the taxpayers’ minds as acquired normalcy is the cause of worry.

Don’t get me wrong, the culture itself is critical to the safety of India’s significant ilk but the penetration of it into every aspect is outrageous and concerning. This country has been known for giving its citizens the freedom to equality, and lifestyles like these send the public into discerning whether the long-fought fight for equality was worth it after all. More concerningly, the addition of the term “culture” with the term “VIP” shows how proliferated the system is and even more awfully, how acceptable it is to the citizens of this country. We need to ask the authorities if these important people are volunteering their services to this country, why does social injustice and divisions form the core of it?

Posted by Vaishali Thakur
Follow:
Vaishali Thakur, an undergraduate from Panjab University, expresses her opinions in the language that she dreams in: Hindi. Writing for four years exclusively in Hindi, she believes that all possess a unique power to inspire. She chose to unleash hers by writing. Coke Studio music, dogs and coffee appeals the most to her. A firm believer in the 'The power of one', she believes that a single person can make a difference in the world.
1 Comment 1 Comment