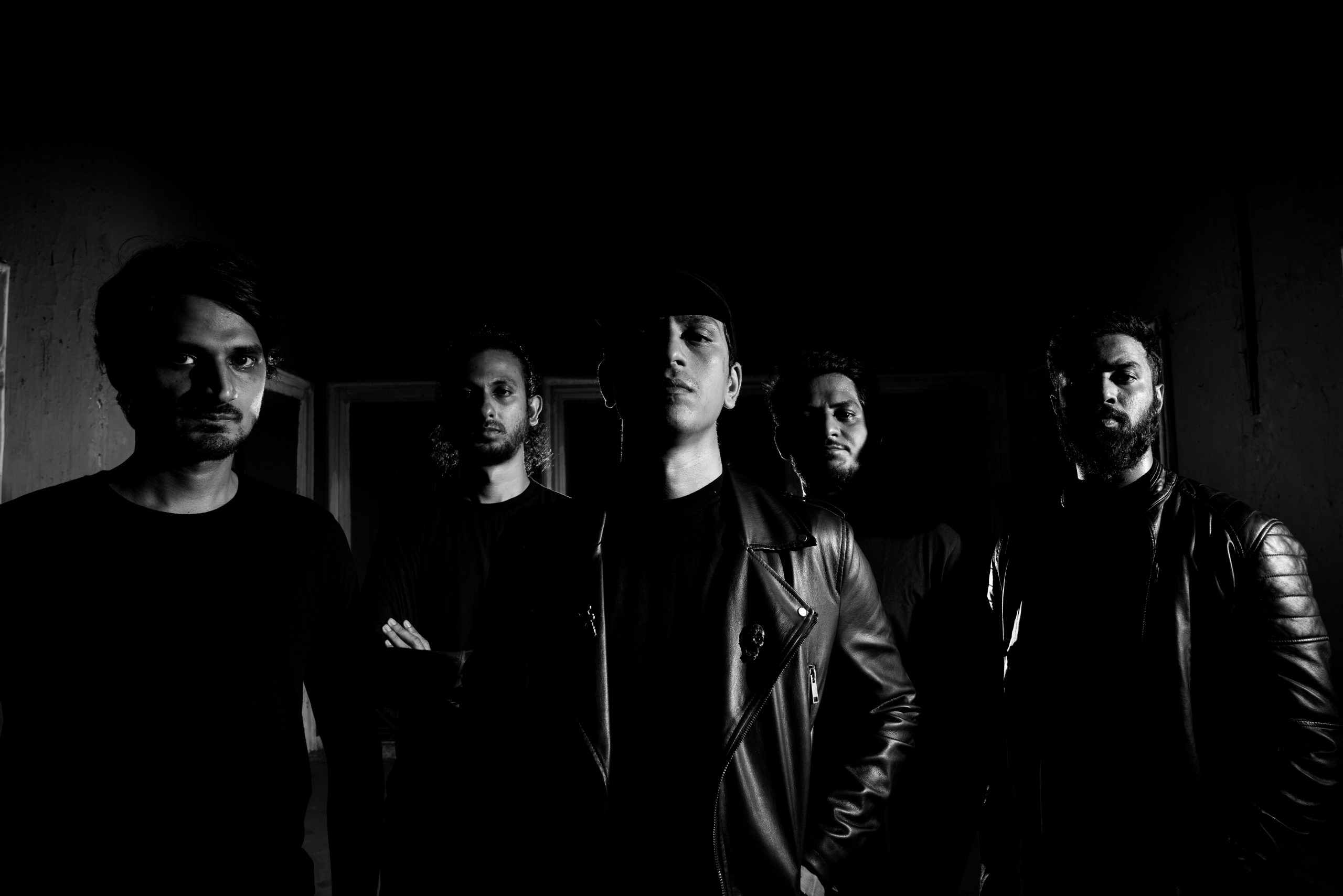 From their inauspicious origins within a very exotic metal music scene, India’s Godless slowly rose to the very top of the country’s death metal class. With a name like Godless, it doesn’t take a genius to file the band into the realm of uncompromising music, but since being formed in mid-2015 by musicians who have been a part of the Indian metal scene for years, Hyderabad-based band has broken to also meddle in other old-school metallic forms.
Slowly developing their craft over the next year, singer Kaushal LS, guitarists Ravi Nidamarthy and Rohit Nair, bassist Abbas Razvi, and drummer Aniketh Yadav eventually recorded a four-track EP with the mission statement-like title of Centuries of Decadence, which was mixed and mastered by Joe Haley of Australian technical death metallers Psycroptic.

Contents
1) When did your bands’ journey begin?2) Tell us more about the name of the band as “Godless.”3) Which has been your first track?4) Who has been your inspiration?5) Where do you see yourself in the next 5 years?6)How would you describe your music?7) Which has been your most memorable song or project?8)What advice would you give to aspiring musicians?9)Share some of your achievements with the magazine.10)How was life in quarantine?

Here is Godless band in a conversation with GOGO Magazine.

1) When did your bands’ journey begin?

Godless was formed in early 2015. Ravi, Aniketh, Rohit, and I (Abbas) got together and started working on music. We wrote a lot of songs over the course of 6 months till we felt that we had something unique and a style of music that we’d want to play. We released the first demo song and then a few months later, Kaushal joined the band towards the end of 2015.

2) Tell us more about the name of the band as “Godless.”

The band’s name ‘Godless’ represents living life on your own terms without depending on an external ‘being’ for strength. We play a loud, aggressive, and powerful form of music and wanted the name to represent that.

Infest was the first demo we released and also the first song off our first EP. Here’s a live link to the song. The studio version can be found on all streaming sites like Spotify, Apple Music, etc.

There’s a lot of bands that inspire us. Some of them would be Slayer, Morbid Angel, Carcass, Decapitated, Psycroptic, Dying Fetus, Judas Priest, etc.

Doing what we do best. Releasing music and playing live. Hopefully, the touring situation gets better and we’ll get back to touring abroad and covering more countries and continents.

Our music is loud, fast, and aggressive. Genre-wise, it would be death metal with a touch of thrash metal thrown in.

This would be difficult to answer. We can’t single out any song since we put a lot of effort into every song and make sure it’s perfect and liked by every member of the band before releasing it. As a project, we could say our newest album which is scheduled to release next month. We recorded this between lockdowns and it was quite a challenge to pull this off.

Be true to yourself. Make music that you believe in and like and not what you think your audience would like to hear. Practice and develop your own sound and style.

There’s a bunch of them. Playing at Wacken Open Air in Germany was a highlight I guess. This is the biggest metal festival in the world and we had a great time playing there and the crowd even screamed for an encore which was pretty nuts. Apart from this, touring Europe just before the lockdown and playing around 19 shows in 8 countries was pretty crazy and fun as well.

It was rough but we always try to stay productive. We finished writing and polishing up our new album and we managed to record and finish up the record as well and it’s set to release on the 19th of November. We even managed to shoot a music video during the lockdown and released the first single off the album a couple of weeks ago. Here’s that song: