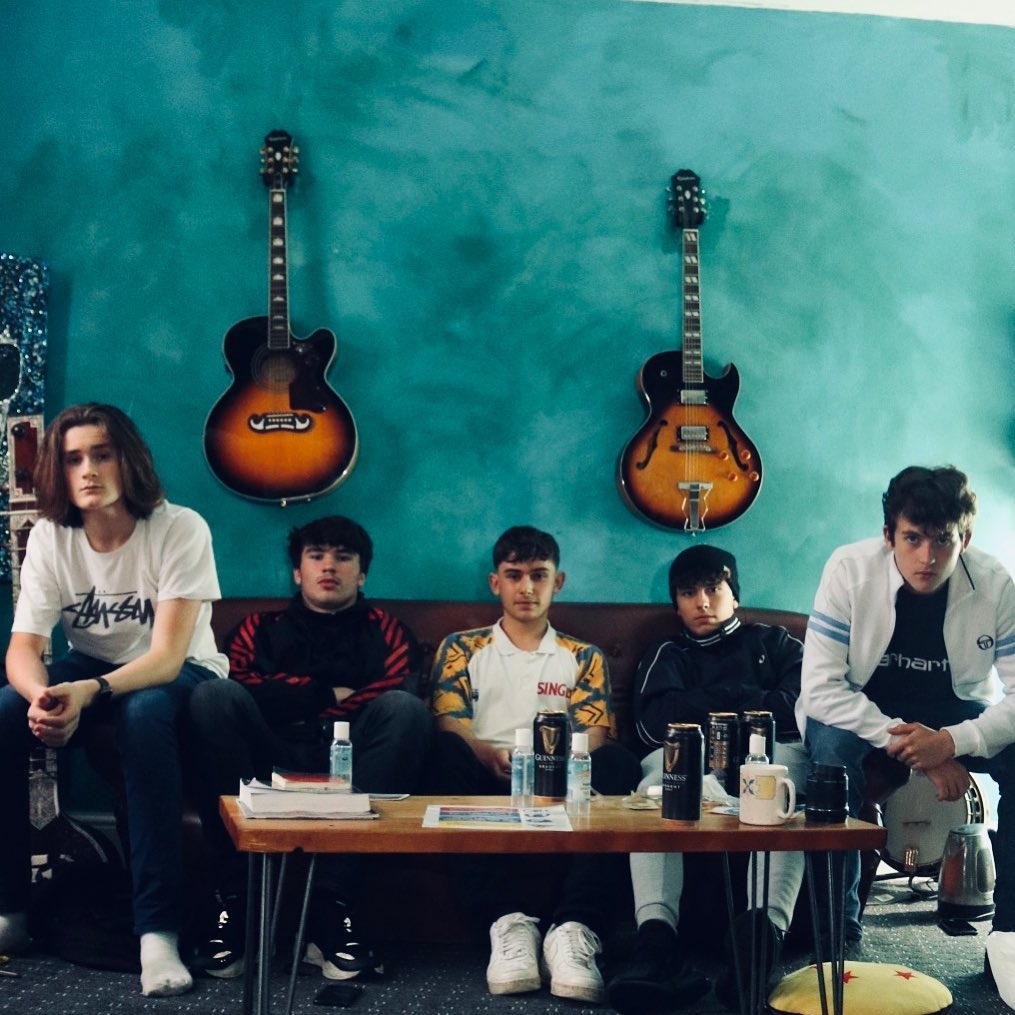 The Sceptics, a five-piece South Manchester-based indie rock band in the suburban district of Altrincham. They provide listeners with heavily guitar-centered music composed of meaningful lyrics behind powerful vocals, punchy rhythms, melodic, reverberated lead guitar decorations with some electrifying guitar solos, intricate drum beats, and some funky bass lines, all inspired by some of the great artists past and present.

Contents
1) When was the band formed? How did it all begin?2) Why did you choose the name ‘The Sceptics’?3) Which was your first song together? 4) Which has been your most memorable live performance?5) How do you guys manage investment for your music productions?6) Who has been your inspiration?7) What is your dream venue?8) Tell us about your latest track.9) How far are we from our next live concert?10) How was life in quarantine?

Being so close to the ‘Madchester’ scene, it has been impossible to escape the legendary bands that made up Manchester’s incredible music scene during the 80s and 90s, such as the Stone Roses, Oasis, and The Smiths, taking most of our inspiration from these.

In a conversation with GOGO Magazine, here is what ‘The Sceptics’ has to say.

1) When was the band formed? How did it all begin?

The band was properly formed with the lineup it has currently, of Isaac Pugh, Oli (Jacko) Jackson, Will Riley, Ollie Dunne, and Jamie Foster-Grime, in September 2019. However, it all began about a year earlier when Jacko and Will used to jam together, when they went to each other’s houses after rugby games, with Will playing some rhythms and Jacko improvising some lead over the top. Will and Pugh had been friends for a while but somehow had no idea that each of them played guitar with Pugh being able to sing, until a phone call in the summer of 2019 when Pugh heard Will playing guitar in the background.

Our debut single indecisive was released on the 28th of February, a song which is slightly more serious than some of the others we play live, covering the sensitive topic of mental health, with some powerful vocals with deep meaning behind them, to add to some beautifully arranged reverberated lead guitar throughout, on top of the classic punchy Will Riley rhythm guitar, with some striking bass and neatly composed drumming.

2) Why did you choose the name ‘The Sceptics’?

To be honest, we’re still not entirely sure. Jamie suggested the name ’the Sceptics’ and it sort of just seemed right. After the name had stuck for a while, we thought of some reasons why the name works and came to the conclusion that a Sceptic is somebody who is often inclined to question or doubt accepted opinions, and when relating to music, we often found ourselves at parties, listening to the songs played through the speakers and looking at each other, questioning if it was really music as if to say “do they actually like this song?”

3) Which was your first song together?

The first song we ever made together was Train to Nowhere, which was written in a Chinese restaurant when we misjudged the weather and got caught out in a tropic thunderstorm wearing T-shirts and shorts and needed something to pass the time (welcome to Manchester), however, Train to Nowhere is still a work in progress.

4) Which has been your most memorable live performance?

It’s a difficult one to call really, the sold-out Deaf Institute concert was certainly memorable for being our first ever paid live performance. Playing in front of 270 people at such a prestigious venue for our first gig. Seeing them all bouncing around to our songs certainly was a great feeling, which helped to settle the nerves after a couple of songs, but we won’t lie you, I think we all still get butterflies when we think back to that day. Aatma was also a great gig too, we were much more comfortable on the stage having done it before and this meant we had more stage presence and it was more enjoyable being on the stage.

5) How do you guys manage investment for your music productions?

We have a band kitty, made up of money we have acquired from playing live. But, because we haven’t played live for a while, we had to dig into our pockets to record the last two songs, using money we’d all had saved up from working. But, with very few places looking to hire during the lockdown and some of us being put out of a job, I think we’d be lying if we said we didn’t have to persuade our parents for a little bit of help on this one.

The word ‘Manchester’ makes millions around the world think of the greats such as Oasis, the Smiths and the Stone Roses and, with all of us living so close to the city, it has of course been impossible to escape the ‘Madchester’ scene of the 80s and 90s, with all of the scene’s finest acts such as the three listed above, the Happy Mondays, Joy division, the Charlatans and of course many more, all inspiring us to get involved in music. We also all love some more classic rock bands, such as the Rolling Stones, Led Zeppelin and others. To add even more to the mix, we absolutely love some of the brilliant indie rock bands that the 21st century has to offer, such as Kasabian and of course, how could we forget, the Arctic Monkeys.

7) What is your dream venue?

In the next few years, it is an aim for us to be able to play at some of Manchester’s best-renowned venues, such as the Ritz or the Academy. However in the future, we’d love to be selling out some of the great football stadiums worldwide, in particular, Moss Lane, home of the mighty Altrincham F.C., where we have often stood from the stands, wishing we were down on the pitch, playing in front of our hometown fans, where some of the greats of the game have graced the pitch before us.

We have recently recorded two new tracks, ’Hello’ and ’Run’. ’Hello’ is one of our original songs, which has been played live and become a particular fan favorite due to its catchy chorus, high tempo drum beat, punchy rhythm guitar, funky bassline, and adrenaline rising guitar solos and is set to be the first song we release next, so keep your eyes peeled for that one. The second song, ‘Run’ is a song which hasn’t yet been played live due to the fact that it wasn’t ready in February when we last played live.
(We are from Altrincham, it’s just a local football club which would be so good to play a gig at)

9) How far are we from our next live concert?

As soon as we get the go-ahead to play live, we will be desperately trying to book a venue. Nothing compares to playing live, being stood up on the stage, watching hundreds of people bouncing around to your music and belting out the lyrics below you. It certainly is one of the best feelings and something that we have certainly missed a lot while being housebound in lockdown.

There’s only so many family Zoom quizzes, football games played in front of empty stadiums and bike rides a 16-year-old can take before going insane. On the other hand, it has been a great time to settle down and get some new material written, which we have all been doing, both writing completely new songs, as well as listening to current songs and past gigs and improving where we can. It has also been a great time to do some of the hobbies we usually never have time for, such as fishing. As soon as we were given the go-ahead for outdoor, socially distanced gatherings to take place, Pugh and Will haven’t left the lakeside. Fishing is a great time to clear your head and get some lyrics down or plan how we wish to approach the rest of the year once the lockdown is lifted.