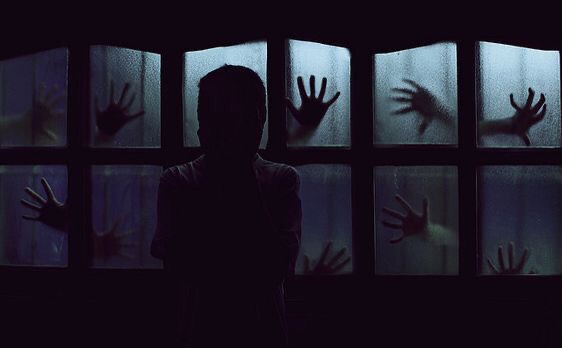 Unusual; according to Oxford it means “different from what is usual or normal”. Now, this normal can vary person to person as we all have different perspectives about, well say! Every single thing. And not always we are uncomfortable from unusual things, there are many things which we can’t understand so we label them unusual simply because we ain’t aware of their facts but we are comfortable. But here’s the thing we all gonna agree on, some unusual things are uncomfortable when talking in the context of bad or negative.

Imagine being in some unusual room, which is only giving you this sad and negative vibe. What are you gonna do? Surely you will try to escape from this room because we don’t deserve negative vibes. Stuck in some unusual room which just makes you sad so you open up your senses to find a window or door or any way to just get the hell out. But what about I say there’s no way out too? You will say that’s not possible, there’s always some way, we are products of billions of years we even touched the impossible which we thought magical some years back. Humans have this tendency of finding ways even in some extremely difficult situations.

Now, let’s do a thought experiment. Imagine this unusual room not just room but a room governed by some body, the room is just matter and atoms but someone is governing this room and that someone is not doing such a great job to keep it as good as he/she should. So ultimately you are the person who elected this person receiving this sad vibe. Now I know before finding a way out you will have this regret about selecting such a person but again we can’t predict the future and believe me no one can. So ultimately you will get over this fact and start finding a way out (only if you want to).

What if I tell you this is the current circumstance we are facing ? We are in this world well divided by the boundaries and I don’t know who started that but whatsoever, now we are living in some nation with a body governing us. And I’m not against that; it’s a very deep concept about governance. But law and order is important and it is natural to have superiors who will be responsible for the harmony, even Aristotle accepted that. So this nation with corruption and bad policies are giving us some really sad vibes and not just vibes some of us are facing injustice and inequality as well. We are in this UNUSUAL ROOM.

Here we have two options that ok just adapt our souls and body according to this room or we can find a way out from this. Because we know there would be a door somewhere. And that act will show the rebellious nature against the cruelty and evilness. Look around I can’t name one crisis we are dealing with because there are so many. Every single day we see the violation of law and humanity. And sometimes the government instead of fixing that they start “masking the problems”. How? Just turn on your television sets and see news channels, they will always show you some spices. This is only to divert the common man’s mind.

But it would be really stupid to say that because of this we don’t know the real problems. We know them very well because we are facing them personally as well. And we are the one in this room receiving such vibes. I’m not gonna name some and ruin the essence of the thing I’m trying to explain. But we all know what they are.

Rebel and find the way instead of accepting everything because you can’t see a way out, it is there somewhere have a look. Nothing comes free.