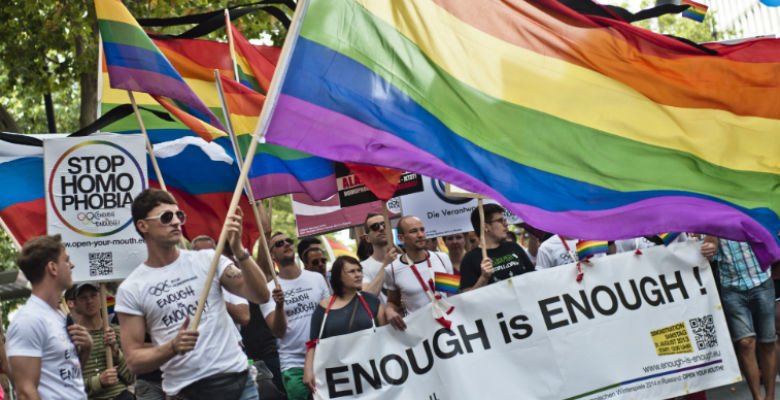 Phobia is a medical condition where you develop irrational fear against something
Whereas homophobia is not that innocent. It is an umbrella term used when you have an irrational fear, hate, or feeling of disgrace toward homosexual, bisexual, and transgender people.

Anything violating the rights we already deserve is Wrong and can not be justified!

Our fear is nothing in front of the struggles they face. Anhomophobiad when looked with a liberal mindset, we realize they’re just like us.
Because gender is just a part of your identity. You’re bigger than that!

Forcing someone to choose between their dreams or gender is cruel. I won’t accept that for me! Why should I accept it for anyone else?

Gender is a spectrum and is hard to understand.
But what is important is that even if you don’t get it, you should respect it. Through time immemorial LGBTQ+ section has been a living witness to the narrow mindset of even the socially well-read people. They are looked down upon as unacceptable. Practicing what you preach is a lesson taught in kindergarten, yet when it comes to bringing it to fore people shrink to the lowest ebb.

People justify homophobia by calling it unnatural, though it’s something one gets from the time of birth and it’s totally because of hormonal mismatch.

Lack of acceptance towards homosexuality is not the complete fault of a society moreover it’s because of the loophole that has been Privaling in our education system from years.

Why we only get to learn about two sexes i. e male and female when we study the subject biology? Though the whole LGBTQ + community also falls under this field of science. Rather this trait of homosexuality is found in 450 species. The study of sexes is not limited to XY and XX pair of sex chromosomes, it’s way more than that.
Educational ignorance makes it hard for us to accept homosexuality as something natural. As a result of this most of us either spend our lives in not accepting our gender other than being a straight male or female or we spend our lives in making fun of those who accept themselves socially.

As we can’t consider all men as rapists, in the same way we can’t demean the whole homosexual community by considering them sexually charged or a threat to society. Attacking someone sexually is a result of the sick mentality of that particular person, not of the community.

The abolition of section 377 was a commendable step, but the question that still arises is about social acceptance which is lacking in one or the other way. What makes it hard for us to accept an individual just as a human? The real threat to Society is not homosexuality rather it’s our narrow mindset that needs to change. Abusing them on social media or isolating them on a social level does not make this planet a safe place rather it’s creating a complex web of negativity and ignorance which needs to be changed.

By Deeksha
Animal Activist | Vegan | Atheist | Dreaming about a secular India. Aiming for a Boot, Belt, and Beret.
1 Comment 1 Comment