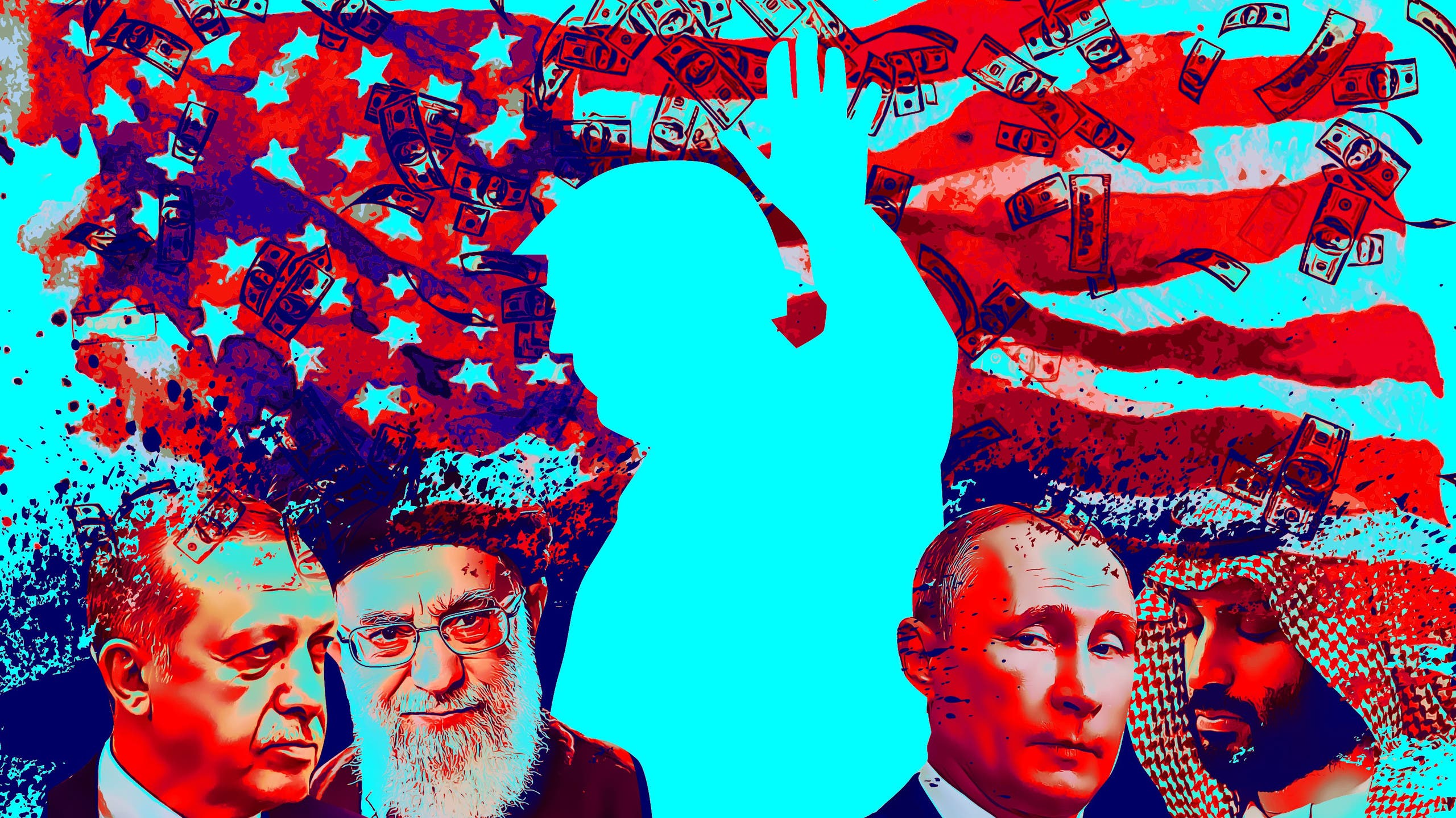 Today the United States is the most powerful country in human history with over 800 military bases and 37% of global military spending, the United States has become the leader of a vast interconnected global system that has helped usher in an ear of unprecedented prosperity and low levels of conflict.

THE RISE OF AMERICA

For understanding America’s position in the world and why it’s so pivotal for world politics as we know it, you have to go back to the country’s founding – back to when America wasn’t a global power in any sense of the word, during the first 70 years of its existence the United States expanded in both territory and influence in North America eventually reaching the Pacific Ocean in a wave of expansionism that resulted in the wholesale slaughter of the indigenous people who populated the continent but early Americans were deeply divided as to whether the country should expand beyond the Pacific and Atlantic oceans, this became a major debate after the civil war when some leaders, like post-war secretary of state Seward, argued America should push to become a global power.

INVESTMENT AROUND THE GLOBE

After many debates and argument Sewar succeeded in pushing a plan to purchase Alaska from Russia but his attempts to buy Greenland and Iceland as well as annex territory in the Caribbean, were all blocked by congress, That’s because some Americans, including many on capitol hill, had a strong anti-imperialist bent, These people worried about America getting more involved in global politics as well as having to integrate population from inferior races and this opposition applied major checks on the imperialist urge to expand, but something was happening in the late 1800s that would change the debate about American expansionism.

The industrial revolution produced explosive economic growth and the bigger US economy required a more centralized state and bureaucracy to manage the growing economy, power became concentrated in the federal government making it easier for expansionist presidents, like William McKinley, to unilaterally push the United States influence abroad. The key turning point came in 1898 when president McKinley dragged the country into war with Spain over the island of Cuba despite intense opposition.

RISE OF THE AMERICAN INFLUENCE

The rising US easily defeated the moribund Spanish empire, acquiring Puerto Rico, guam and the Philippines in the process (1898) over the next two years the US would annex the kingdom of hawaii (1898), wake island (1899) and American Samoa (1900) A few years later the US took control of the panama canal zone (1903) and sent troops to occupy the dominican republic (1916), it also purchased the American virgin island (1917), This period of rapid acquisition of far flung territories put the US on the map as a truly global power During this time, america also began using its influence to protect its growing commerical and military interests abroad, installing pro American regimes in places like Nicaragua and playing a major role in international diplomacy regarding the western presence in china, World war I showed how just how much America’s influence had grown, not only was American intervention a decisive factor in the wars end but precident wilson attended the paris peace conference which ended the wae and attempted to set the term of the peace, He spearheaded America’s most ambitious foreign policy initiative yet, an international organisation called the league of Nations designed to promote peace and cooperative globally.

The league, a wholesale effort to remake global politics showed just how ambitious American foreign policy had become, yet isolationism was still a major force in the United States, The congress blocked the United States from joining the League of Nations, dooming Wilson’s project, During the great depression and the rise of Hitler, the US was much more focused on its own region than on European affairs ultimately, though America’s ever-growing entanglement abroad made it impossible for it to stay out of global affairs entirely, in east Asia, the growing Japanese empire posed a direct threat to American possessions and troops bringing the United States and Japan into conflict. This culminated in the Pearl Harbor attack bringing the United States into World war II. World war II would transform America’s global presence forever, the United States was the only major power to avoid economic ruin during the war and it was the sole country equipped with atomic weapons, As such it was in a unique position to set the terms of the peace – and with the aim of preventing another war in mind, it took advantage. The most famous example of this is the creation of the United Nations.

The UN charter set up a system of international law prohibiting wars of conquest, like the once waged by the nazis and the Japanese, it also served as a forum in which the international community could weigh it on disputes and help resolve them This way the Americas hoped, great powers could resolve their differences through compromise and law rather than war but while the UN is the most famous of the post-war institutions, it isn’t the only one 730 delegates from all 44 allied nations came together in a small vacation haven in new Hampshire, Their goal was to establish a global financial system that would prevent another great depression and world war. The resulting agreement called the Bretton woods agreement ultimately became the backbone of the global financial system, Resulting in the world bank and the international monetary fund, by creating these institutions the United States committed itself to being deeply involved in the world’s problems. The issue though is that the world’s second-largest power- The soviet union saw things differently. World war II had made allies out of the democratic west and communist east in the fight against Hitler, but that couldn’t last.

WHERE THINGS FALLEN WRONG FOR US

The United States saw soviet expansion in eastern Europe and elsewhere as a direct threat to its vision of a free-trading world, Fearful of soviet intentions towards western Europe, the US and other European nations created the North Atlantic meant to stop Russian from invading other countries in Europe, globally the US committed to a strategy called “containment”- so-called because it was aimed at containing the spread of communism everywhere on the globe. This new global struggle meant that the US had exerted influence everywhere, all the time  Instead of disbanding the massive military machine created for world war II, it’s wheels mostly kept turning. This had two main results: 1st The US was pulled into unlikely alliances with countries like Saudi Arabia, Israel and South Korea seeing each of them as bulwarks against communist influence in their region. Secondly, the US began intervening, often secretly in dozens of countries to contain soviet influence, Sometimes this meant propping up sympathetic dictators like in Iran, other times supplying rebels with arms and money like in Afghanistan in 1979 and Nicaragua in 1985. Over the course of the cold war, the US intervened in hundreds of disputes around the globe ending up with a complicated set of alliances, tension and relationships in Basically every corner of the globe.

The global system of alliances and institutions created to keep the peace the cold war became permanent – as did the American military and political commitments needed to keep them running, that is why American is the only country spending more money on their military as compare to all G10 countries, this cost much higher tax to American taxpayers. This system remains operation today and no leading American politician since the cold war has seriously called for dismantling them – except, perhaps for Donald Trump. Trump has said contradictory things about these commitments but he’s consistently argued that American Allies are not paying America enough for its protection and questioned the value of free trade, That calls NATO and even the world trade organization into question.

This is a sharp divergence from the consensus that has dominated US foreign policy since 1945 and something closer to the isolationism that came before it, and I talk about America isolationism earlier in my china article, because of this china is growing his influence around the globe and that is a major concern for many countries. For this privilege and power, US leaders paid a high cost, but now it seems involvement of US in the world politics left them unaware of internal country issues, this lead many protests around the country, many unstable policies and politics.