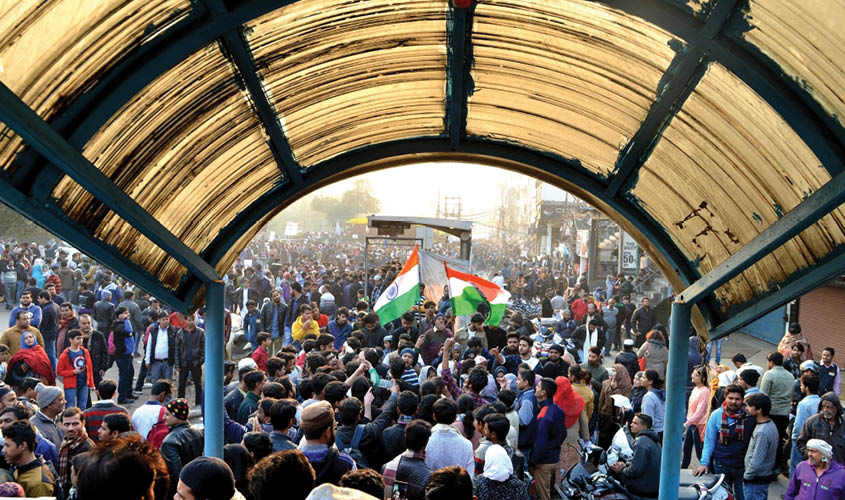 There have been various protests nationwide on the citizenship bill that was introduced by the BJP government, it bought uproar among Indians in the country and many who lived outside India protested against it. Shaheen Bagh is a place in Delhi where there gathered more than a thousand people to protest against the bill. This protest was of 100 days where people sat there for hours not ready to vacant the place, the supreme court had announced how public places cannot be occupied for protests and protests are allowed only in designated areas.

It was a huge discussion taken by a bench of justices where they said that public places couldn’t be occupied for protests and how the protest was not acceptable. It was talked how right to protest was a fundamental right but it had some restrictions which needed to be followed. There were petrol bombs thrown by unidentified people and a man had also fired shots but out of all these no one was injured and the protests didn’t stop as people didn’t leave the area. There were interlocutors sent by the apex court to have a talk with the protestors after many options being taken up by the government and the judiciary body it had become very difficult to move the protestors from the Shaheen Bagh area, from old men and women to young kids everyone was present to protest against the bill. There were old women aged 80 who used to daily sit there for the protest supporting other citizens.

The protest in Shaheen Bagh turned into a protest that stayed for more than 100 which was vacated by the Delhi police due to the rise of coronavirus in March which led to nationwide lockdown. The Shaheen Bagh protest was an important step taken by the citizens of India who were reluctant to not let the citizenship Law bill come into practice and stood together against it and the Shaheen Bagh area being a public place it was used to protest for the same.