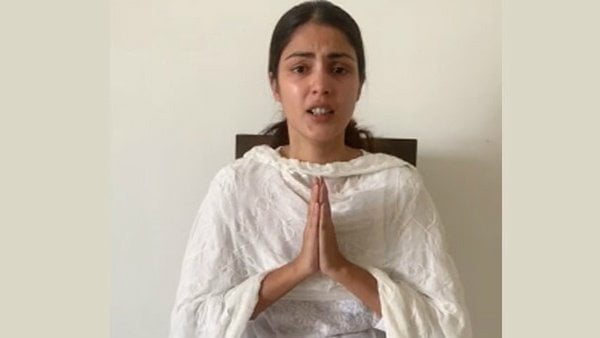 Whichever way this ‘Justice for Sushant’ campaign turns out, some serious repercussions of the relegation of rationality in our society collectively can’t be ruled out.

The word scapegoat was initially used by  William Tyndale in 1530 to describe something which is sacrificed for the sins of others while translating the Hebrew Bible into English. There are pretexts to certain things to understand their present course comprehensively and with brute objectivity. The witch hunt of Rhea Chakraborty can be attributed to the deeply entrenched fault lines of our male-centric society. Had it been a man in her place, apart from other allegations he wouldn’t have been alleged to be a gold digger at least because men are more self-reliant and value their masculinity which is synonymous with self-respect. There were other religious ceremonies too but Tablighis were the easy targets of the media. There were issues on the ground as migrant exodus, debilitating poverty, primitive healthcare, low testing, an inadequate stimulus to safeguard the stuttering economy, China’s invasion camouflaged as expansionism,  no check on rising inequality in terms of access to education, domestic violence aggravated so did mental issues but disappeared from the public domain as the opposition was questioned for questioning those whose responsibility lies in answering for everything which affects the nation’s standing in the global arena and impedes its growth, fortunately, or unfortunately.

The pattern is clear, to suppress the most conspicuous truth scapegoats are labelled to provide impunity, which is a sacrosanct explanation on its own. Some political scientists believe that it’s a post-truth world, with the advent of social media now misinformation and disinformation are integral to a social setting sometimes in the name of freedom of expression, sometimes to muzzle dissent and facts, to suit what a set of ideologues wish to be true. In a post-truth world, truth is moulded in a way that the genesis of the real truth vanishes deliberately with strong backing towards oblivion. This is structured if we look at it closely when power is vested in a more consolidated space, the air above and around is suppressed which in turn leaves others in a lurch to fend for themselves that how to breathe. In ancient times power was so absolute and indispensable that it hadn’t needed any masquerade to pretend to be telling it but lying in reality, even a lie was infallible at that time. Now in today’s world, truth needs to be told like always but lies are harder to bear so is the truth to be empowered. A truth that is punitive and macabre is blamed on others’ deeds; however, the lies which are sweet and full of bliss as that of the Holy Grail are borne with honour.  This explains the model of scapegoats well. What is horrendous is that now the onus in on us, we are being reduced to scapegoats. Every day the prime time news anchors come and spew venom or forge propaganda in the name of national interest or loyalty to the nation ( which is loyalty to the ruling dispensation), whose lies are being whitewashed and at whose cost? Sure many will argue that it’s always about you, to become the scapegoat or walk out of such cataclysmic shaming unless a lawsuit is facilitated in your tandem. It’s up to you to whether to consume or refuse the news.

We live in a society that has accepted changes adamantly or resented first but at last, fell through the slew of alterations it deemed to incorporate. We have empowered us to make choices; you don’t want to do a thing you don’t have to. Arnab is a bootlicker so shun him off, Ravish is too boring and negative don’t watch him; he doesn’t get TRPs anyway. But the larger question is what is being shown is to affect all irrespective whether a section of society cedes its rationality or which remains aloof. This too isn’t diabolical to you as you are free to still select from incongruity and own your shenanigans. Now, what if these choices are obliterated slowly by making this process as perfectly normal? You are left in a limbo, where you wouldn’t be able to decipher which part to hold together which to lose. As WB Yeasts said “Things fall apart, the center cannot hold, mere anarchy is loosened upon the world’’. With every willful ostracism of one entity to protect the other from genuine scrutiny, we are reducing our sociopolitical dynamics to a vacuum in which scapegoats are meant to survive. Shushant’s suicide then nepotism, then fraudulent feminism imposed by the third party to instigate vilification of another party, to drugs, to elections, to I don’t know what is in the basket to beseech different people to become scapegoats as per their salience and interests.

Whether Shushant gets justice or the problem of mental illness is probed with some respect and concern seems to be too much to ask, but this whole circus has unravelled the fault lines entrenched in our society to ponder over what is being taken away so swiftly that we aren’t realizing that it’s not Rhea or Tablighis it’s us who are the scapegoats now. Beware of the belligerence that is looming large!