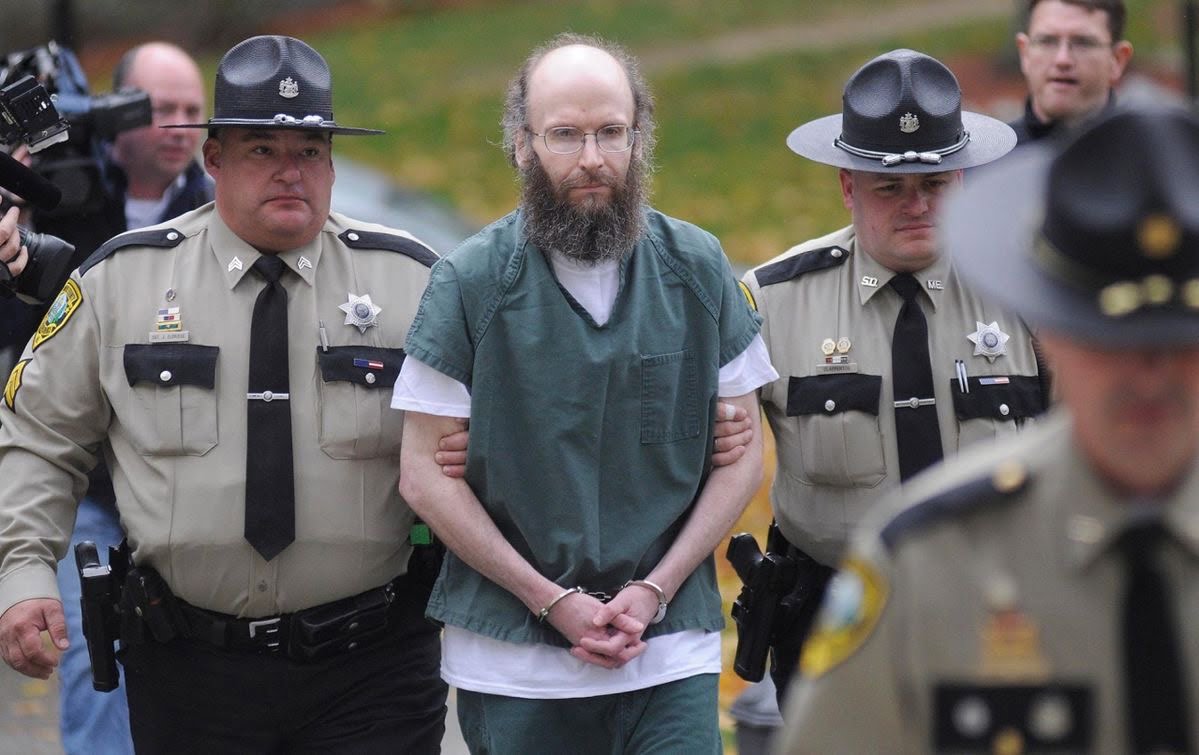 This world is running so fast and sometimes we just want to take a pause for everything. It won’t be wrong if I say many times we wish to go somewhere peaceful away from every digital code and human touch just to reboot the system. But how far this seclusion can go.

In many religious books, there’s a mention of a Hermit; a person that retires from society and lives in solitude especially for religious reasons. But if we think deeply, is this even possible? I mean ok for some months or days maybe! But a complete shutdown seems scary to the normal mind. But this world is full of surprises and exceptions. It’s a story about Christopher Knight. Who did not have a conversation with another person for almost three decades?

In 1986, 20-year-old Christopher went missing from home but his parents didn’t report any missing complaint. In an interview, Knight said, “I had good parents”, and, “We’re not emotionally bleeding all over each other. We’re not touchy-feely. Stoicism is expected.” It is still a question of why he abandoned everything. From nowhere in 86’ he drove to Maine and disappeared into the woods. And for 27 years, he lived completely alone in Maine’s wood which seems close to impossible if we consider the weather situations.

Micheal Finkel, who has written for National Geographic, asked some questions in his book “The Stranger in the Woods: The Extraordinary Story of the Last True Hermit” like What makes a person abandon the world and become a hermit? Was Chris Knight merely an anti-social loner? Or does he have something important to teach us?

Michael Finkel once said that it’s not the thieving which is interesting but the rest of the story obsessed me. Chris lived alone for 27 years and for resources he used to steal supplies from the nearby cabin. He became legendary to this group of communities in central Maine. Somebody was taking objects from cabins for 27 years, and nobody knew if it was a man, a woman, a practical joker, or a murderer. They gave him a mythical name, the “North Pond Hermit.”

Chris was always a shy person but an intellectual one. He grew up in a very interesting, private family, in central Maine. He had four older brothers and a younger sister. By all accounts, the Knight children were extremely smart; the type of family which we can call classy in every aspect, who were lower-middle class, with not a lot of money, but in the evening read Shakespeare and poetry. They also knew how to fix automobiles and plumbing and studied thermodynamics as a family.

Jesus, Mohammed and Buddha all became private because of religious purpose; the Hermits. Today, about 3 billion people follow the religions brought back by those people. But Chris wasn’t the religious man. And it is hard to fit him into any category.

Chris once said that he had no opinion of the world. He never wrote down a sentence or snapped a photo.

According to Chris, Thoreau was a dilettante. Thoreau only spent two years in his cabin on Walden Pond and his mother did his laundry. Knight thought that Thoreau was nothing but a show-off, who went out there and wrote a book saying, “Look at how great I am.” (Henry David Thoreau was an American essayist, poet, and philosopher).

Chris’ thoughts are very different from the rest of the world and his surviving skills are nothing less than some pro. survived the bitterly cold Maine winters (with temperatures dipping as low as [−32 °C]) by waking up during the coldest part of the night and pacing his camp until warm. He regularly took cold sponge baths, shaved, and cut his hair, in part to avoid suspicion in the event he was spotted by others. He avoided building smoky fires which might reveal the location of his camp but relied upon a propane camp stove to cook and melt snow for drinking and bathing.

And for 27 years he repeated this cycle until one day Terry Hughes said, “I’m going to put an end to this”. He used high tech surveillance items from Homeland Security, put electric eyes in the forest, and finally caught Chris. The guy who arrested him was a law-and-order man to the extreme. Terry Hughes said to me, “I was prepared to hate this guy.” Then Chris Knight led Hughes back to his camp to show him where he had lived. During that walk through the woods, Officer Hughes could not help but be amazed at the way this man moved through the forest. He described him as moving like a cat—silently, with agility, grace, and dexterity.

When they reached his campsite, they were so shocked to see not just by seeing foodstuffs, batteries, and flashlights, but he took hundreds, perhaps thousands, of books.

In the end, he was charged for burglary. But for 27 years which is a big deal to spend alone, he survived the coldest night with all his toes. I think Chris was above all. He saw the world we can’t see. He was no murderer who was running from the law nor was he some psycho. He just doesn’t find any spot for himself in this society that’s why he left. Some people said, can’t we just give him a little bit of land and a few bags of groceries, and let him live peacefully?

But in the end,

Maybe some of us can say okay! this Chris is crazy but what if this world is crazy not him?