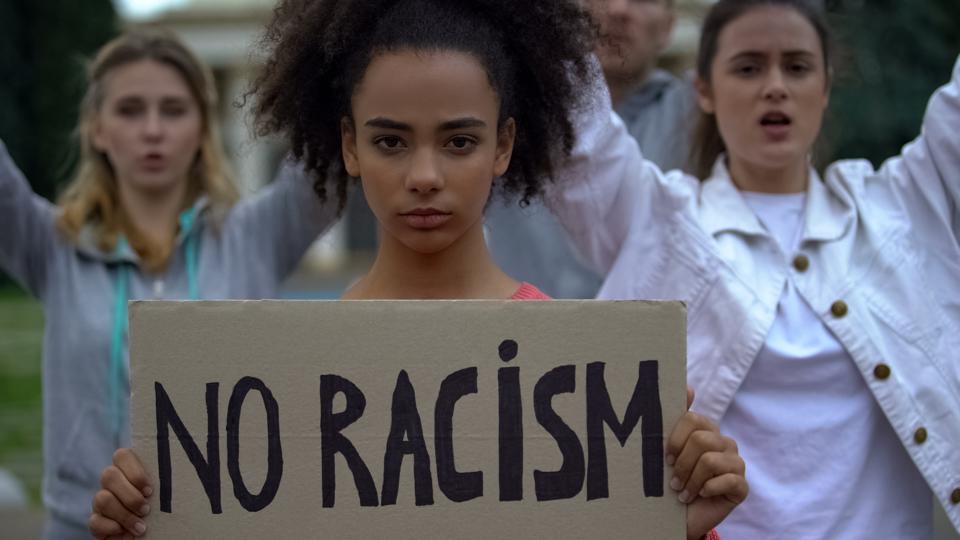 ‘’Symbol of evil, endorsed by none, yet favorite as hell; Black has seen transformation like evolution of metaphysics’’

George Floyd’s brutal killing by the Minneapolis cops once again highlighted the ubiquitous presence of racial prejudice and showed it is too stubborn to let people go with a bit of respect for humanity. Black lives matter and similar hashtags dominated twitter for days; people from across the world seemed to be standing for a common cause to end the evil of racism, expressed their anger by bombarding tweets, some took to the streets. Protests broke out as violence in some clusters of public unrest followed by the burning of property. Statutes of men who were once champions of slavery, racism, or any other social malaise were thrashed or demanded to be taken down, Wilson Woodrow’s name from the school of public policy will be scrapped announced Princeton University as allegedly he had progressive views solidifying the inferiority of people with color.

People of color! White is such a basic color that it isn’t a color even as other colors if we draw an analogy from the spectrum, a white ray consists of seven colors but if it is not seen through a prism, appears as a congruous white. Thus white is omniscient, omnipotent& omnipresent, the problem starts at the helm of other colors. Racism, when done in excess in terms of lynching, murder, physical and other forms of assault, comes into the fore and fades equivocally until another case finds murmuring in the masses, but the casually crafted racism practiced on a daily basis is hardly talked, especially when the one who’s committing it never beckons to believe to be having a ghettoized notion of society or the one who’s victim accepts as she has been a part of this treatment because she belongs to this & this is how it is meant to be.

I am not fair-complexioned, this goes back to the time when I was a kid and inquisitive about almost everything, but with no explicit answers to justify the color- conundrum, I found myself in a lurch to fend for my own understanding of it. I felt sorry for myself when people said “she could have been so pretty, if she was fair’’, at that time I’d think I was a stigma on my family name, the noble ones won’t befriend me as I was with an unwanted color. To make things worse our so-called samaaj adds fuel to the fire; with fairness cream ads which depicted that successful woman needs to be fair and thus lovely, so fair and lovely is the ultimate panacea. I have seen and still do, my fellow ladies ranging from cousins to best friends whinging over getting darkened, crying over the ugliness one acquires if she turns black. All this in front of me, sure they know I am a liberal and always open to listen to a variety of thoughts, ideas, dreams, fears, choices, this diversity makes sense to me.

I believe this somehow keeps us sane, as we don’t know what are we to do, why we are here, what this universe is gaining from our greed, how futile our existence is, these changes of thoughts keep us going after something masquerading as future. I keep a careful ear to their parts of suffering, I have taken this ‘’ you aren’t alone’’ very seriously! Some want to behave as the nicer ones by praising me for being “not interested” in the competitiveness of beauty than in reality understanding that their definition of being beautiful is flawed, I am not competitive because I don’t see beauty as part of a game where the rewards of winning are attention, attention, attention from people who don’t even know you.

The rewards of being beautiful aren’t some end products as getting affluent in-laws, they are in the middle of it and this cycle never ends. As you start loving yourself by growing oblivious of the identity given by the society, start respecting the different forms of life, become kind, believe in love over hatred, bring empathy into the heart, select the nicest thoughts by standing in front of the mirror of your soul as you do with clothes, make confidence your companion throughout every odds, I bet if you don’t become beautiful than the term ‘beautiful’ needs a serious course correction. I want to be fair not in terms of the skin color but fair to everything which comes to my favor & compel to accept that doesn’t, many good things don’t happen to you but you need not make the conviction that they don’t exist.

So if you are fair, you are lovely, if you aren’t fair by skin color, damn you, crazy lady, you are still so lovely. A cream doesn’t make you beautiful remember. Women of color are what they are and they can be colorful, cheerful, loving bonhomie. This came to me as once I bought a matchbox and the shopkeeper smiled which meant I was so ahead of my time, when I consulted my friends they told’’ you look bhangi ( weed smoker)”,  I thought how he knew? I grew flummoxed as they continued to the extent as stating it was due to my complexion. This was a bizarre incident of obsession of our society with black and white. Wearing yellow is a farsighted dream as it doesn’t suit blackies , drinking too much tea fades your whitened skin, white people are cute and lately black women are hot ( I personally laughed at this as something condescending the prejudice), these instances are numerous. What are your encounters with color?