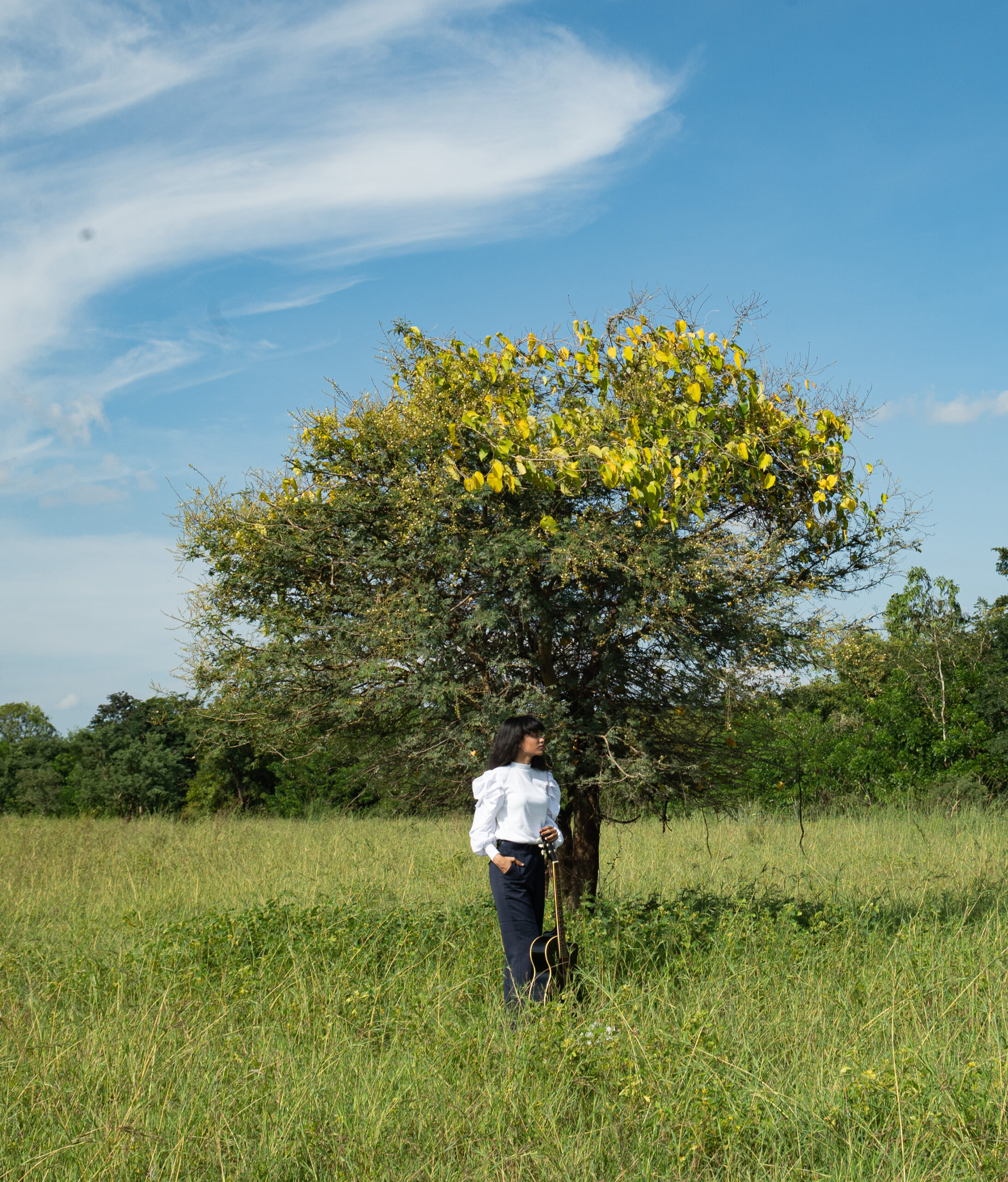 Kashmira is a singer from Pune, India. She started training as a child with a background in Indian/classical music. Eventually, Kashmira found her interest in Western music etc- lyrics in English also came more naturally to her. In 2017, she started performing in open mics, then eventually gigs, studio sessions and finally, released two of her songs this year. Kashmira has a lot many of them waiting, and can’t wait to produce and put them out!

Contents
1) When did your journey as a musician begin?2) Tell us more about the experience of learning music from a very young age.3) Which has been your first track? 4) Who has been your inspiration?5) Where do you see yourself in the next 5 years?6)How would you describe your music? 7) Which has been your most memorable song or project?8)What advice would you give to the aspiring musicians?9)Share some of your achievements with the magazine.10)How was life in quarantine?

Here is Kashmira in a conversation with GOGO Magazine.

My family has a background in Indian Classical Music, I was introduced to it as a child. Although over the years I spent learning Indian music, I was inclined more towards western. So in terms of performing music, I was more interested in 2017, I started meeting more musicians who liked the music I like. As a musician, I would say since then, I was not only performing but also written songs of my own.

2) Tell us more about the experience of learning music from a very young age.

I will always be grateful that I come from a family that supports music, has a lot of musicians, talented people. It helped me discover music since then, get a lot of ear-training and be educated in basic aspects of music which I learned later- basically translates to different terms in Western music, so all in all, it was something that helped my journey to be a singer-songwriter, much more interesting, simpler even. I took training from a lot of teachers since I was a child, and was training till I was 17 when I finally found the kind of music I was aiming at for my future. I still have a lot to learn, just looking for the right way to learn more about songwriting in English music.

My first release was “Break Through” which was released in June ’21.

It isn’t the first ever song I wrote, but it’s the first one I was confident I wanted to release. Because I had the guidance of just the right people at the time (Mayank Katare, Saurabh Lodha), I could make it happen the exact way I pictured it, and even better. “Break Through” is a song I wrote in October ’20 and although it took it’s sweet time to be made- as it is now, every minute spent was worth it.

I didn’t have a lot of knowledge when I was a child because the music I was learning wasn’t at all close to what I make now, but later when I got into different circles of musicians, I got to discover some classic rock, some pop from the 60s-70s, Grunge as well as music that came out in the early 2000s. I take my inspiration from Pearl Jam, Pink Floyd, Steven Wilson, Adele, ABBA etc.

I’ve released two of my songs this year, and it has been a blast. Hopefully in the next 5 years, I get to put out a lot of my work- singles, albums, everything. I hope to be playing my music- my songs- live with a band, on bigger stages, with an audience who is appreciative of all kinds of music, of independent artists, of efforts that go into being on stage performing. I wish to travel to different parts of the world, playing on different stages.

I don’t think I have a specific genre, but I’ll call it Indie Rock, Indie Pop. For me, it comes down to the lyrics. Sometimes I have a lot to say, and it channels itself into the songs I write. Basically, my lyrics are my general thoughts, it’s not about sitting and coming up with a concept- maybe I’ll do that sometime, but for now, it’s how I express myself in the rawest way. I think if you have to build a connect with your audience, you have to be authentic and open and honest with them. Sometimes life is dreamy- but sometimes really ugly too- and we shouldn’t be afraid of talking about how it gets. The music, the composition fall in place- when the words are your own- so that has thankfully never worried me so far. I hope to be relatable to the audience, to reach out to everyone- that’s the first aim of my music.

My second single “Cut to The Chase” that I recently released- That is a song I wrote two year ago while going through a phase where everything felt like it’s going around in loops, like nothing made sense, I couldn’t figure why I couldn’t feel happy, nor sad. It was tiring to even listen to anyone talk. So writing that, was something I needed then. And when I decided to remake its demo earlier this year, I was really happy with the kind of changes I could make around it- thanks to the little research I could put into music production from home. Making it was also a fun process, again, Mayank and Saurabh helped me turn it into the kind of song I would’ve wanted to listen to- during that very phase. I could bring out the full potential of these words, because of the quality of its production. This song will always be very close to me!

Don’t stop. Keep learning. Keep making music, you’ll be surprised to see at how you learn new things and it makes a lot of difference in your understanding of Music. Its always good to have more than one skill, that includes not just singing- but also learning another instrument, learning basics of audio engineering. The more independent you are, the more of yourself you can pour, the easier it is to present your own “sound” and style.

I was already playing covers at places from before, but performing your own song has to be one of the best achievements. In an era where all musicians are told to make covers of already-famous artists, playing your music is a privilege. That, and the way people showed support when “Break Through” was released. A lot of known magazines published their reviews for it, and it turned out to be a hit. A lot of things are yet to happen, in my career, while I explore other fields that require vocal talents. I have also picked an interest in being a voiceover artist these past 2 years, and that is also turning out well for me. Looking forward to what the future holds!

Honestly, can’t complain. I was safe and sound in my house, with my family. Luckily I also had a basic setup for making, playing music. Yet, musically I wasn’t very active- but like all of us did- acquired and spent time on learning some basic life skills. Lockdown really caught all of us offguard- nobody was prepared to sit home for 4 months straight. For me, I learned a lot of things, spent time with my family- something we haven’t got to do for years now. Discovered some new music to listen too! All in all, needed an experience like that once atleast. An eye-opener to so many things going around in the world.