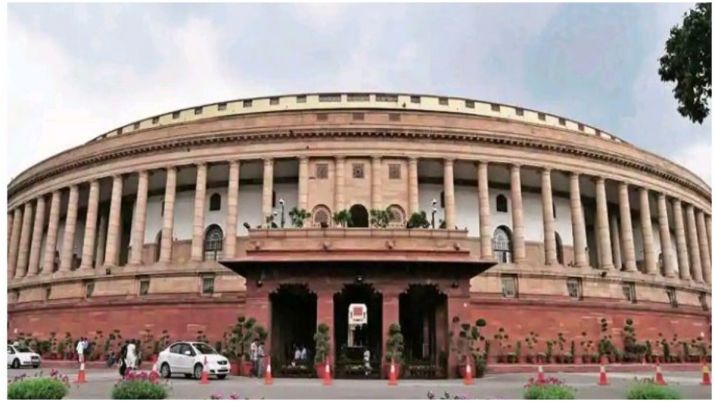 When the voices of the elected representatives of the people on the other side of the aisle are stifled that too in parliament; what is there then left for those whose confidence inspires from the commitment to legislative procedures?

Some euphemist, prudent, erudite, pundits make a case to explain everything that is changing as something which has happened earlier in bits and pieces. That can’t be totally denied as there are traces of the past in present so will be in future. After the laying of the foundation stone in Ayodhya for Ram temple, many sociopolitical thinkers pronounced it as the death of secularism. After, the way in which 8 bills were passed in Rajya Sabha so hastily in the absence of the opposition, these same people said that such incidents happen all the time in the parliament especially when the opposition seems to stir a fury in masses, more effectively when the consequences of such legislations are to be borne by either farmers or labourers- the instruments to play sympathetic politics with.

Now let me make a case here, I consider you might know about ‘Ockham razor’ not to delve deeper let me remind you that he made a case for myriad assumptions, out of which the simpler one is likely to be true. In this case, as per the rules to which the functioning of Rajya Sabha is compliant with were flouted by the deputy chairman and then the ruckus was raged by the opposition MPs.

The government supporters would say that the opposition MPs were indulged in unruly behaviour, they were creating hysteria for no fair ends, they were misleading the farmers as our PM is found saying every time his government faces backlash from the larger public not the party workers of our ineffective opposition who further the mockery of protests. The best thing about the rule of law is that the concoction of laws, nurtured by it is equal for all. Whether you agree or not with the stand of the opposition, as a body that exists to dispense constitutional duties, the deputy speaker had to allow to the division of votes, to simplify it further. However, the chair demeaned his duty by bulldozing the bills on the basis of voice vote which isn’t the norm. This followed the shouting of slogans, swaying papers in the air; some MP’s even climbed up the table to show their rancour to such a reckless exercise. For this hooliganism, 8 MPs were suspended from the rest of the session.

The opposition circulated a motion to seek removal of Mr.Harivansh Singh, the deputy chairman of Rajya Sabha but was dismissed equivocally and the mayhem that prevailed in the upper house of the parliament was excoriated by the vice president and other cabinet ministers with strong words.

This is so trite to say that the essence of democracy lies in dialogue, debate, disagreeing yet a consensus building is the solemn aim that issues need to be discussed and debated thus the best possible solutions can be obtained by engaging with a spectrum of people whose inputs add an enriching nuance and substance to the debate. How can a state be democratic without an opposition? No government enjoys a 100% voting share, there are people who disagree with its policies so members from different political parties are elected with a different approach to similar problems, some people agree with them so the elected representatives don’t only become the torch bearers of those who didn’t follow the populist wave but also stand for the public at large – to question the government of its decisions, to remind them of their obligations to the people of the country.

There’s no panacea to reaffirming accountability and transparency as that of a strong, responsible and united opposition. When the opposition refrained from any participation in the parliament after the suspension of MPs and the way government was keen on loading the bills by defying the mandatory pace which speaks of a thorough deliberation, by curtailing the question hour, by not allowing any discussion on the mishandling of COVID, unemployment at its strongest hold, tattering economy, new education policy, the threats on sovereignty and integrity of India in the purview of which government in its brazenness has seared individuals and civil societies with stringent laws as PSA, UAPA, are some instances of erosion of the trust one vests in the temple of democracy.

The ruling party is stricken of roaring majority in Rajya Sabha even along with its allies in contrary to the ecosystem in the Loksabha. So when the opposition refused to participate, this made it easier for the NDA to pass bills without any scrutiny or the obligation to introduce, engage and debate, it turned out unilateral; so was the fate of the ordinances in the Loksabha where they transcended to bills without much objectivity either. This is a very powerful government with nearly an absolute majority. It may pass the bill it wants. But and it’s a big one! If through a constructive debate and discussion, reconciliation is achieved wouldn’t that bolster the standing of the government with a legit impunity? This government doesn’t belong only to those who agree with it but its larger obligation lies in fulfilling the aspirations and addressing the interests of those who don’t agree so that everybody is taken into the stride. Why is it too difficult for the government to realize that it can be the final entity to implement something in its domain but it is not infallible! It is prone to mistakes like anything, yet it can rectify the mistakes too.  If there were some anomalies in the bills which sparked agitation throughout different schools of thought, they must have been referred to the select standing committees, which exist for this purpose only. With great power, the government sees greater insecurity it seems, which is dubious in a way that if this power doesn’t emancipate them to stand firm and explain their point then what will? Why a single piece of criticism is considered as a grisly challenge to cope with? These are some serious questions which must concern us all who take great pride in our democracy.

Even in Nazi Germany, the government was democratically elected and how the opposition was deracinated by turning the earlier state into a dual state where the prerogative part overtook the normative part which was emblematic of the erosion of democracy as pointed out by Ernest Frankel in his book “ The Dual State: A Contribution to the theory of Dictatorship”. You can deny the pessimistic conclusion by calling it an exaggeration but we have come this far, but this is no less than a dystopia I believe. When everything is shown to be alright, you are made to dance with the flow, you are put into a cage of some nostalgia of past glory, where you are constantly being taken away from the harsh reality that you are being fooled and you like it.