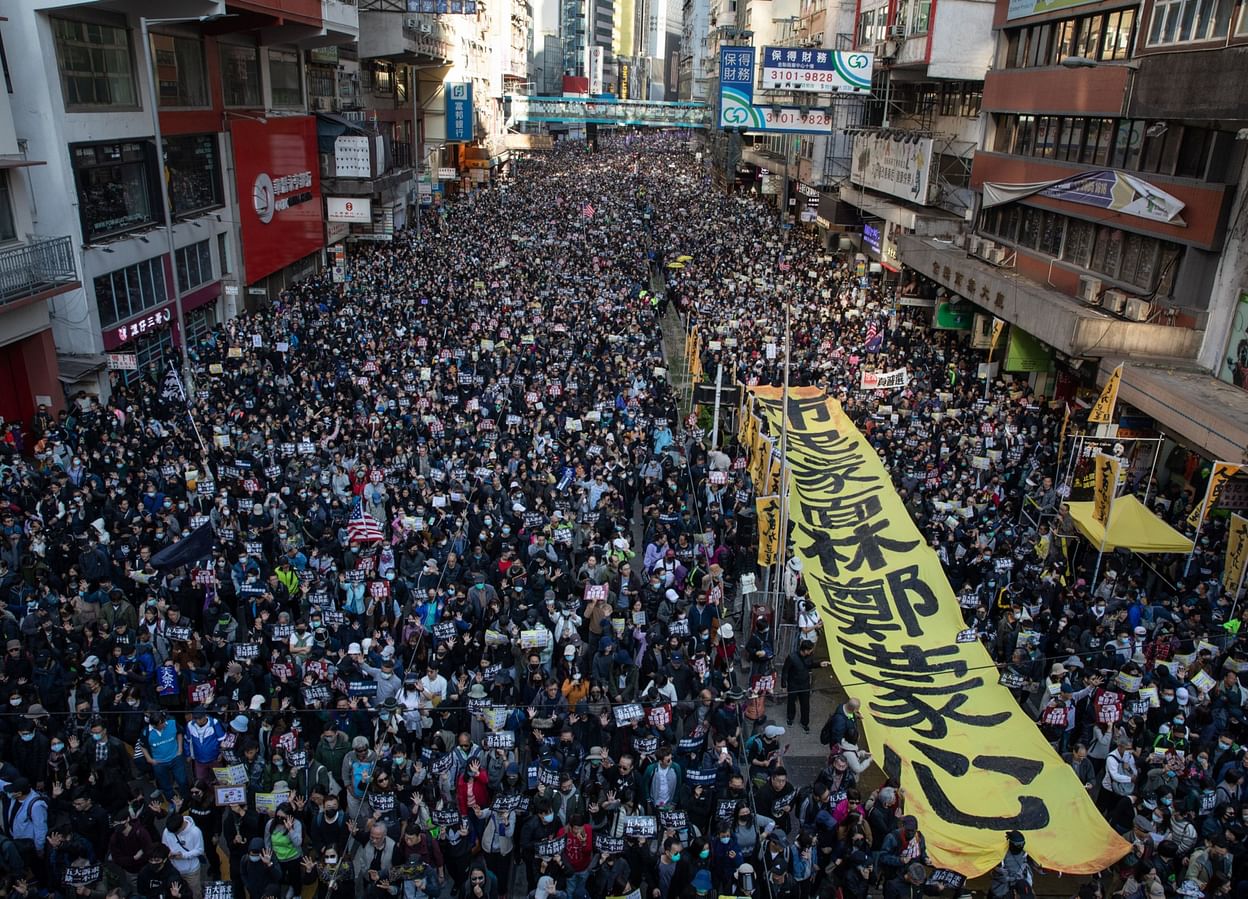 Chinese specialists have wanted to sidestep the Hong Kong’s legislative body to sanction a National Security Law that is believed by pro-democracy activists to crack down the dissent in the city. Under the national security law, a legal framework will be set up to prevent and punish subversion, terrorism, separatism/ secession, and any foreign interference. The law makes any of these acts a crime.

Hong Kong was a British Colony and was handed back to China in 1997, but under a unique agreement based on a mini-constitution called the Basic Law and thus, a so-called “One Country, Two Systems” principle came up.
Under Article 23 of the Basic Law, Hong Kong had to enact its own national security law. But due to the protests against the law in 2003, it could not be enacted. Again in 2003, Hong Kong tried to remove some of the provisions of article 23 in which nearly 500 thousand people took part in the dissent however was cast off.
Also last year, more than half of the population of Hong Kong rose together in protest against the extradition bill, which was then canceled.

The National Security Law is a direct attack on the human rights of the locals as it curtails their freedom of speech and freedom of assembly. In mainland China, people are punished for criticizing Beijing, as well as the Chinese Communist Party, and the same could happen to the people of Hong Kong.
Article 22 of the Basic Law of Hong Kong suggests that no Union government/agencies can interfere in the functioning of Hong Kong.
Article 12 gives a high degree of autonomy to the SAR Hong Kong. Thus National Security Law proposed violates the Basic Law of Hong Kong which proposes ‘one country, two systems’ procedure.
Political leaders around the world are condemning this law. A joint statement from the US, UK, Canada, and Australia expressed’deep concern’ regarding the proposed law. The president of Taiwan says that the country stands with the people of Hong Kong and pledged support and ‘necessary assistance’ to those who need help.
In a visit to Nepal, Xi Jinping openly threatened war against those willing for separatism in China.
Letting China have its way could lead to dire outcomes for Taiwan and probably many other similar states. Thus a co-ordinated response from the powerful nations is required, which may help the cause.
Also, the people of Hong Kong have to take a stand for universal suffrage rights and need to ask for separation of power and autonomy in the administration