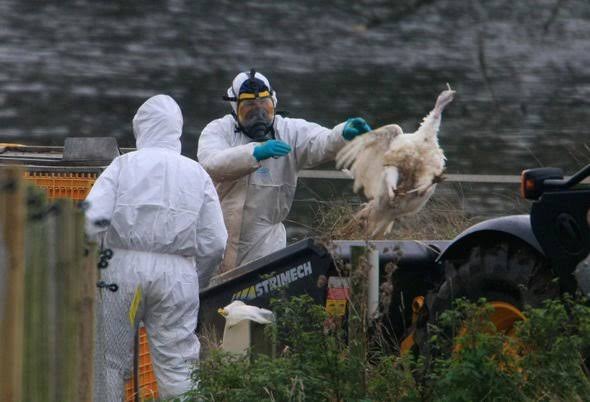 Amid Covid-19 infections, another pressing matter appears to have left several states baffled as hundreds of birds have died due to bird flu across the country. Tamil Nadu and Karnataka, both neighboring Kerala, put their animal husbandry and forest departments on alert as fears of the bird flu spreading grew. In Haryana, the “unusual” deaths of four lakh poultry birds have been reported in the past 10 days, but there is no confirmation on whether they died of avian influenza.

In Kerala, after H5N8 was detected among ducks in the Kuttanad region, authorities on Tuesday began culling birds within a one-km radius of the infected areas. Officials said that rapid response teams had culled more than 21,000 birds, mostly ducks, at Nedumudi, Thakazhi, Pallippad and Karuvatta in the Alappuzha district and Neendoor in Kottayam district. Both the districts have been put under alert.

Madhya Pradesh, Himachal Pradesh, Rajasthan, Haryana and Gujarat these states are also affected by this, The Centre has also issued a bird flu alert in several states in the wake of the sudden death of birds in large numbers, saying that the samples need to be collected from areas where bird flu cases are being reported.

The central government has also launched a drive to identify those with suspected flu symptoms in those areas. Amid the scare, the state governments, as a protocol, have imposed prohibitory orders in parts where bird flu deaths are being recorded.

In Madhya Pradesh, 155 dead crows have been found with the virus, and in Kerela, 21,000 birds culled in Kerala, 2,000 migratory birds found dead in Himachal and in Rajasthan about 600 birds found dead and several cows.