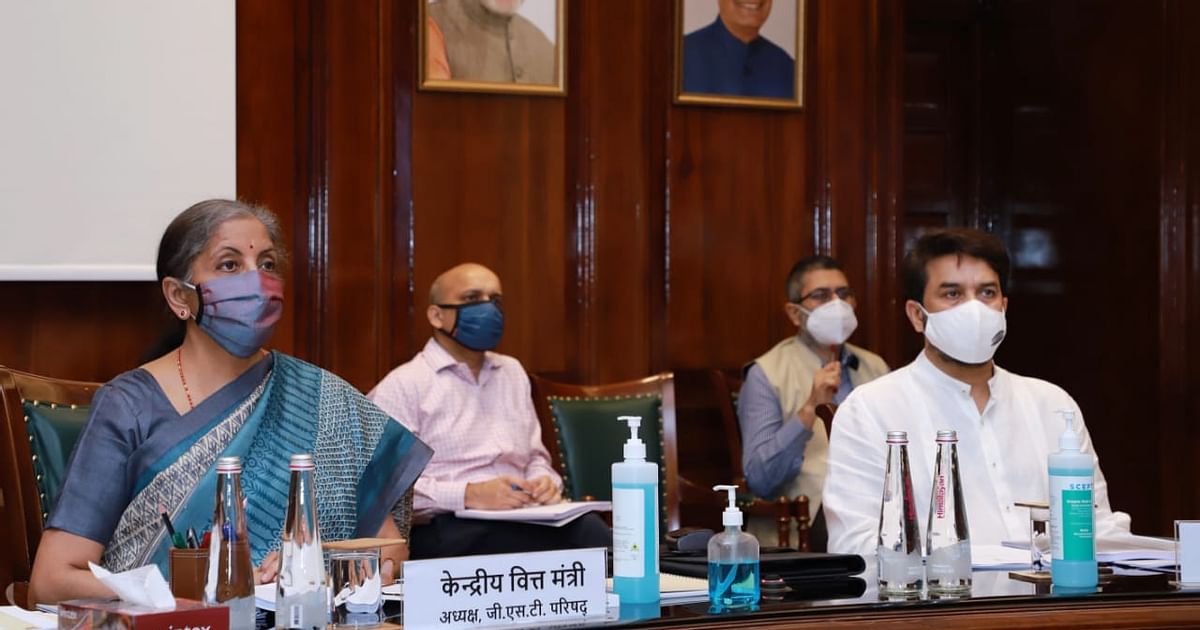 In India, every time it fails yet Indians love to imagine that centralization is the solution to the country’s problems. it happened with Nehru and now, Modi’s goods and services tax is happening. “one country, one tax” aimed at simplifying the federal tax structure in India is now so complicated that some exasperated politicians are talking about returning to the old system again.  The GST with high fixed compensation was launched in July 2017 and almost covers all indirect taxes collected by states and the union. in order to persuade states to adopt the new regime, the central government promised to make up for five years of tax revenue deficits through a new goods and services tax (GST) compensation.

To understand this we have to know why the concept of compensation was introduced in the first place. The goods and services tax will generate as much revenue as the previous tax system. however, the new system means that consumption rather than manufacturing will be the focus of taxation-which means that manufacturing states will lose out. however, Tamil Nadu vociferously opposes the idea of a goods and services tax. it was to appease these states that the idea of compensation was mooted. in order to keep this commitment watertight, the idea of compensation was written into the “constitution” and passed by the central legislation.

Assuming that on the basis of 2015-16 state tax revenue, state revenue will increase by 14% year-on-year. any difference between this projection and the actual GST revenue is compensation, the predicted growth rate of consumption tax revenue was fixed, not linked to economic growth. National income would be increased by 14% is absurd even then. for example, the GDP growth rates in 2015-16 and 2016-17 were far below this figure, respectively, 10.5% and 11.8%. since then, the situation has gotten worse, with an increase of 4.2% in the 2019-20 fiscal year, and due to covid-19, the GDP is expected to shrink significantly this fiscal year.

GST PURPOSE AS PER GOVERNMENT

Besides it called compensation the Central Ministry said it serves dual purpose it was so generous that it encouraged all states to accept GST like incentives as a new beneficial regime. in 2017, the central government played its game very well by offering high- fixed compensation to all states. but 2020 year revealed the central government’s real face.

In the three years since the goods and services tax (GST) regime was grandly launched in 2017, the government admitted for the first time that it has no money to pay its share of GST revenues to the state governments in accordance with the GST law. in the month of September, finance secretary Ajay Bhushan Pandey told a parliamentary panel that the central government will not be able to pay the 14% promised goods and services tax compensation to the states due to low tax collection. In the worst times, when states need the most help from the central government, it said it has no money to pay 14% promised GST compensation but it has solutions include offering loan schemes, raising taxes on some items, or bringing exempted items under the tax net. The gap between the projected tax revenues and GST collections for all states is staggering: 31 trillion rupees. in contrast, the goods and services tax compensation cess aimed at bridging this gap is expected to generate only 65 billion rupees. this leaves the states short of 23.5 crore rupees.

Nirmala Sitaram, the Finance Minister, called it an “act of God” and said GST was not responsible for the huge shortfall. In the goods and services tax council meeting, the union recommended that states should borrow from the reserve bank of India to bridge the gap.

By all of these statement opposition questioned the government, central was getting much criticism over this, opposition ruled states rejected an earlier proposal of loan offering and after the flood situation, states were seeking help from the government, then on 16 October government agreed to borrow over Rs. 1 lakh crore and pass it on to states as gst compensation. the central government will lend to the states under a special window, following months of bitterness over the issue.

This decision comes four days after the latest gst council meeting ended in an impasse over the compensation mechanism proposed by the government earlier. following hours of discussion, the dissenting states had declared that they were open to exploring legal options, including moving the supreme court. finance minister Nirmala Sitharaman made the fresh announcement on Thursday. this is a positive development for many opposition-ruled states like Punjab, West Bengal and Chhattisgarh which had been nudging the center to borrow and fulfill the gst compensation commitment to states.