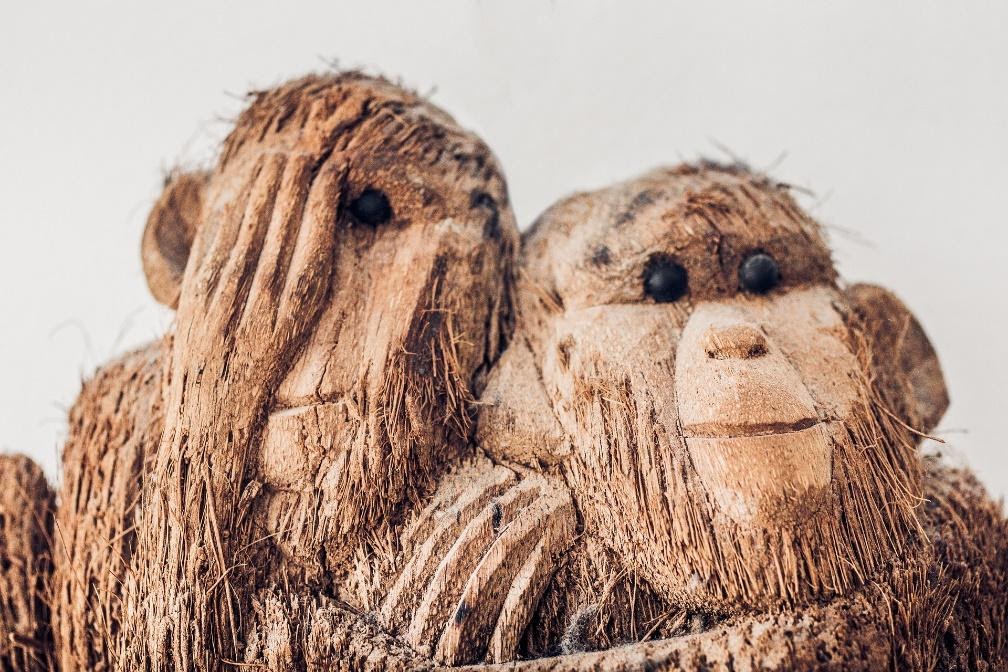 A seven-month-old baby is lying in his mother’s arms. He is close to sleep, then wakes and begins to cry. His mother tells him that it is a shame to be a naughty boy and that she will be cross with him if he doesn’t sleep.

At an adult’s birthday party, an eight-year-old is awake long past his bedtime. He is running around the hall with a helium-filled balloon. His father yells at him to leave the balloons alone. And tells him to stop being a trouble-maker and to behave.

A nine-year-old kid is taken to a restaurant with his father and his uncle. The father goes to the bar, leaving the child behind with the uncle. The child tried getting off the table to follow his father. He is grabbed by his uncle and told that he is a bad kid if he gets off that chair. He sat there looking worriedly for his father.

What do you think these children learned from their experience? The common argument is that it was necessary to teach the child the difference between good and bad aka. Right and Wrong.

Verbal punishment is common, from home to school, sometimes even between peers. It relies on shame as a deterrent. Shaming is one of the most common methods used to moderate a child’s behavior.

But ever thought: Can shaming harm our children? Could it be that seemingly innocuous but repetitive verbal punishment leave our children with an enduring thought that they are inherently bad or inadequate?

Shaming can make a child feel wrong for even feeling, or needing something. It is a learned, self-conscious emotion, which starts at roughly two years of age, with the advent of language and self-image.

Carl Jung, a renowned psychologist like Sigmund Freud, talked about shame as “a soul-eating emotion” and called it “the swampland of the soul.” A fitting image, don’t you think?

Shaming messages are more powerful when they come from those we are closest to, from people we love, admire or look up to. That is why parents’ use of shaming can have the deepest effects on children. Children are so invested in parental approval that a pursed lip, a raised eyebrow, or a slight turning away could hurt their feelings. When made to feel unworthy, children often work extra hard to please their parents. This makes the parent think that the shaming has “worked”. But has it?

Somewhere over the last 20 years, parenting has become a type of competition. This is contributing deeply to more shaming of our children and in turn, is increasing anxiety in them. A recent study of Canadian school children, for instance, found that only 4% had not been the targets of their parents’ shaming; including “rejecting, demeaning, terrorizing, criticizing (destructively), or insulting statements.

It’s rather unfortunate to see so many people facing shame and humiliation dished out by parents of all people. Adult children raised by narcissistic parents frequently recite childhood stories of shame and humiliation which cause fear in them. Sadly though, fear does not go away when they grow up. It only becomes a barrier to a healthy emotional life.

A child who is performing poorly in school might be lacking motivation due to high levels of anxiety or from feeling depressed. Among other reasons, this might be due to interactions with bullies, family conflicts, mistreatment by teachers, or difficulties adjusting to their environment. A child might also be dealing with undiagnosed learning differences or other psychological disorders like Ishan in “Taare Zameen Par”. Keeping these possibilities in mind, one might have to ask: “how does frequently humiliating a child equate to better behavior? Is it even worth it?”

Naturally, we all want to please the people we care about and children are no exceptions. However, when children do get it wrong – I mean who doesn’t– appreciate their desire and spirit to do the right thing. They will naturally develop into empathetic, kind, and respectful adults. This will require treating them with the same kindness and respect that we expect from others. Shaming can break that spirit and break the connection with us. The worst thing about this is that it will fade our influence like it was never there, to begin with.

Committing to being shame-free

“A person with internalized shame believes he is inherently flawed, inferior, and defective.  Such a feeling is so painful that defending scripts (or strategies) are developed to cover it up. These scripts are the roots of violence, criminality, war and all forms of addiction.” ― John Bradshaw

Of all the feelings that hold us back, keep us down, belittle our dreams, shame is the most destructive. Yet why are we so quick to shame others?

All of us have been a victim of shame in one or another way. Let us figure out a way to give a shame-free environment to our kids. I know it could be difficult since we will have to watch every word, every action when around them. But as victims ourselves, that’s the least we can do. What is the cost children need to pay for being good?

Breaking the cycle is all easy to preach about. But let us take some real steps:

Being able to get a sense of our own feelings, as well as someone else’s, is a hallmark of strong emotional intelligence. Shame crushes the opportunity to widen their emotional vocabulary because it wipes out dialogue. Dialogue is gold, and there are rich opportunities even when things aren’t going well.

Be the person you want them to be:

Focus on the behavior, not the person:

All kids are going to do things that leave us baffled, angry, or frustrated. If they’re anything like the rest of us, they’ll never stop. There is nothing wrong with them seeing you feeling angry, upset, or frustrated in response to their behavior, provided you make it about their behavior and not about them.

Welcome discussion on all issues:

Secrets cause shame because they give kids the message that something is unspeakable. It’s important to be age-appropriate in your explanations, but nothing should be off-limits for discussion.

Any parent can do it

In the process of breaking the cycle, it’s crucial to understand that shame comes about when the words inside them are telling them that they aren’t good enough. It gets crippling and it shuts them down. The antidote to this is the words that tell them that they are good enough, brave enough, smart enough, kind enough, strong enough. The words will come from you. Acknowledge their vulnerability rather than trying to talk them out of it, because sadness, guilt, frustrations are all real, and they’re all okay.

Preventing shame in our kids requires time, effort, and a lot of learning. But it’s quite possibly the most impactful contribution we can make to human evolution, and a deeply joyful path we walk together with our children.

By Prabha
Follow:
A psychology enthusiast, who loves to let her id lose. Somehow my left brain tingles more with excitement than the right. And this, what many call the dominant hemisphere, admitted my creative writing.With tons of things to take in this whole wide world, this gremlin lil brain of mine is on a path of learning as much as it can. Not only to feed my yearnings but also to share them with you as my untamed musings. I am a content writer for quite some websites and magazines while working on up-skilling myself about the cast of mind.
3 Comments 3 Comments