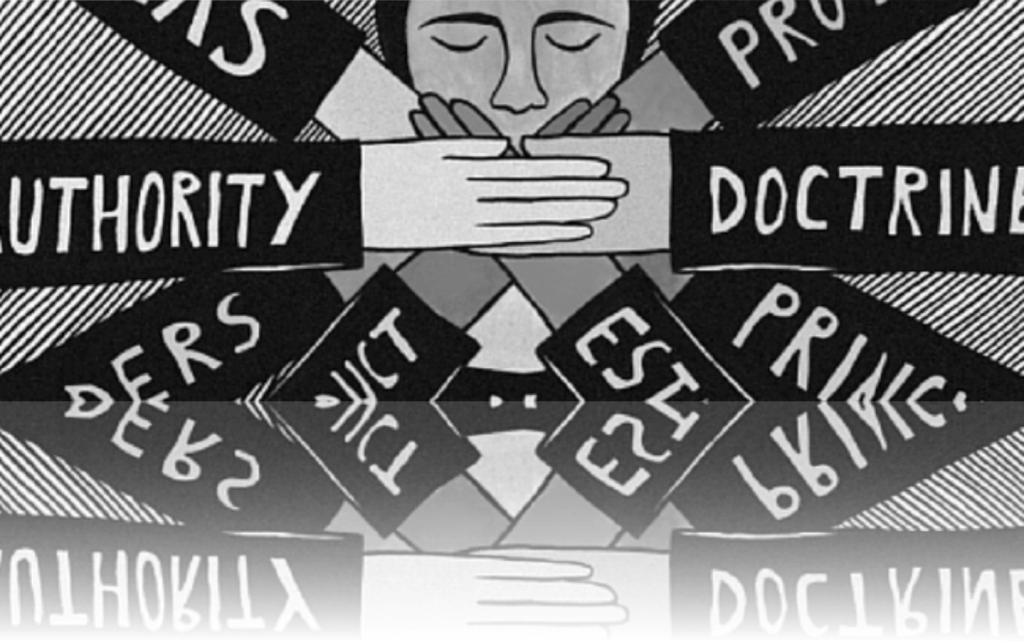 In this article, we examine one particular type of “hybrid” regime: competitive authoritarianism.

In competitive authoritarian regimes, formal democratic institutions are widely viewed as the principal means of obtaining and exercising political authority. Incumbents violate those rules so often and to such an extent, however, that the regime fails to meet conventional minimum standards for democracy. Examples include Croatia under Franjo Tudjman, Serbia under Slobodan Miloševiæ, Russia under Vladimir Putin, Ukraine under Leonid Kravchuk and Leonid Kuchma, Peru under Alberto Fujimori, and post-1995 Haiti, as well as Albania, Armenia, Ghana, Kenya, Malaysia, Mexico, and Zambia through much of the 1990s. Although scholars have characterized many of these regimes as partial or “diminished” forms of democracy, we agree with Juan Linz that they may be better described as a (diminished) form of authoritarianism.

Competitive authoritarianism must be distinguished from democracy on the one hand and full-scale authoritarianism on the other. Modern democratic regimes all meet four minimum criteria: 1) Executives and legislatures are chosen through elections that are open, free, and fair; 2) virtually all adults possess the right to vote; 3) political rights and civil liberties, including freedom of the press, freedom of association, and freedom to criticize the government without reprisal, are broadly protected4) elected authorities possess real authority to govern, in that they are not subject to the tutelary control of military or clerical leaders.

Although even fully democratic regimes may at times violate one or more of these criteria, such violations are not broad or systematic enough to seriously impede democratic challenges to incumbent governments. In other words, they do not fundamentally alter the playing field between government and opposition.

Competitive authoritarianism must therefore be distinguished from unstable, ineffective, or otherwise flawed types of regimes that nevertheless meet basic standards of democracy, and this includes what Guillermo O’Donnell has called “delegative democracies. According to O’Donnell, delegative democracies are characterized by low levels of horizontal accountability and therefore exhibit powerful, plebiscitary, and occasionally abusive executives. Yet such regimes meet minimum standards for democracy.

Due to the persistence of meaningful democratic institutions in competitive authoritarian regimes, arenas of contestation exist through which opposition forces may periodically challenge, weaken, and occasionally even defeat autocratic incumbents. Four such arena are of particular importance.

1) THE ELECTORAL ARENA:- The first and most important arena of contestation is the electoral arena. In authoritarian regimes, elections either do not exist or are not seriously contested. Electoral competition is eliminated either de jure, as in Cuba and China, or de facto, as in Kazakhstan and Uzbekistan. In the latter, opposition parties are routinely banned or disqualified from electoral competition, and opposition leaders are often jailed. independent or outside observers are prevented from verifying results via parallel vote counts, which creates widespread opportunities for vote stealing. As a result, opposition forces do not present a serious electoral threat to incumbents, and elections are, for all intents and purposes, noncompetitive. Thus Kazakhstani president Nursultan Nazarbayev was reelected in 1999 with 80 percent of the vote, and in Uzbekistan, President Islam Karimov was reelected in 2000 with 92 percent of the vote.

2) THE LEGISLATIVE ARENA:- A second arena of contestation is the legislature. In most full-scale authoritarian regimes, legislatures either do not exist or are so thoroughly controlled by the ruling party that conflict between the legislature and the executive branch is virtually unthinkable. In competitive authoritarian regimes, legislatures tend to be relatively weak, but they occasionally become focal points of opposition activity. This is particularly likely in cases in which incumbents lack strong majority parties. In both Ukraine and Russia in the 1990s, for example, presidents were faced with recalcitrant parliaments dominated by former communists and other left-wing parties. The Ukrainian parliament repeatedly blocked or watered down economic reform legislation proposed by President Kuchma.

3) THE JUDICIAL ARENA:- A third arena of potential contestation is the judiciary. Governments in competitive authoritarian regimes routinely attempt to subordinate the judiciary, often via impeachment, or, more subtly, through bribery, extortion, and other mechanisms of co-optation. In Peru, for example, scores of judges including several Supreme Court justices—were entwined in the web of patronage, corruption, and black-mail constructed by Fujimori’s intelligence chief, Vladimiro Montesinos. In Russia, when the Constitutional Court declared Yeltsin’s 1993 decree disbanding parliament to be unconstitutional, Yeltsin cut off the Court’s phone lines and took away its guards.

4) THE MEDIA:- Finally, the media are often a central point of contention in competitive authoritarian regimes. In most full-blown autocracies, the media are entirely state-owned, heavily censored, or systematically repressed. Leading television and radio stations are controlled by the government (or its close allies), and major independent newspapers and magazines are either prohibited by law (as in Cuba) or de facto eliminated (as in Uzbekistan and Turkmenistan). Journalists who provoke the ire of the government risk arrest, deportation, and even assassination. In competitive authoritarian regimes, by contrast, independent media outlets are not only legal but often quite influential, and journalists—though frequently threatened and periodically attacked—often emerge as important opposition figures.

Independent media outlets often play a critical watchdog role by investigating and exposing government malfeasance. The Peruvian media uncovered a range of government abuses, including the 1992 massacre of students at La Cantuta University and the forgery of the signatures needed for Fujimori’s party to qualify for the 2000 elections.