Arunansh Bhatt – a Mumbai based music composer and producer from Lucknow 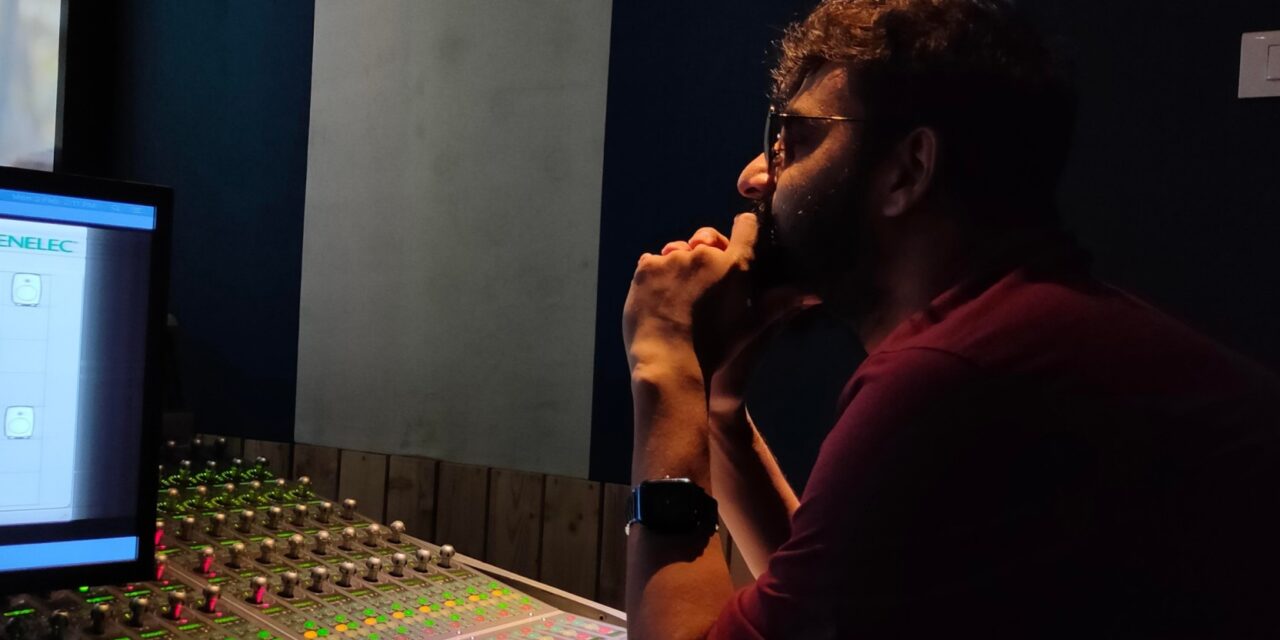 Arunansh Bhatt is a Mumbai based music composer and producer from Lucknow. Belonging to a family of Classical musicians, he is mainly self-trained in music. He did engineering from VIT, Vellore, followed by a corporate job at an MNC in Chennai for a year before quitting and shifting to Mumbai to get into music full time in 2017.

After shifting to Mumbai, he started assisting music composer Alokananda Dasgupta and got to work on the music of popular Netflix shows and films like Sacred Games, Leila and AK vs AK. He considers her as one of his biggest mentors.

Besides having composed the music for over 20 short films,2 documentaries and various advertisements so far, he takes equal interest in releasing independent songs and their music videos on his Youtube channel, collaborating with various singers and musicians from across the country, rapidly gaining new listeners in the independent music space in India.

So far he has released 3 originals and has started planning the video for his next single,’Tanha’, which he aims to release in the coming weeks.

Here is Arunansh Bhatt in a conversation with GOGO Magazine.

Well, I have grown up surrounded by musicians and artists (My father’s a Tabla Player and my mother is a Kathak Dancer) so my journey had pretty much started right after I was born. I learnt tabla as a kid from my Dad and that really laid the foundation of what was to come. Later when I was 6 or 7 I saw Lagaan when it had released and that musical experience as a kid changed my life and I just knew I wanted to become a composer/music director. This feeling was cemented when the music of Rockstar released in 2011. In college, I got into drums, formed my own band and we performed at various college fests across South India like MIT Manipal, NIT Trichy, Christ College Bangalore to name a few, (and won quite a few of them). College was also the time I first picked up a guitar, got my hands on a piano (which are now my default instruments when I compose), and started going deep into music theory. And then, I started creating my own songs.

The first song that I released was called ‘Mitwa’. I had written that song during a particularly dark phase of my life when I was working 9-5 at a corporate. (I remember I wrote the lyrics of the song frustrated after work one evening,sitting next to a roadside tea seller)

You can check out the song here: https://www.youtube.com/watch?v=O5-DzYBPjaE

To be honest I am more of a studio-based musician so I am not really into performing live that much as of now. Nothing gives me a better high than having my headphones on, my MIDI plugged in and just zone out to create something. But yeah I remember I was playing the Pakhawaj on one of my Dad’s shows in the West Indies back when I was 10 years old. That was the first time I experienced a spotlight on me so yeah that was memorable now that I think about it. Also because my father was next to me on stage of course.

There have been many and I keep getting inspired by new artists on a day to day basis. But if I were to pick one then definitely A R Rahman Sir. My parents told me that when the song ‘Humma’ from the film ‘Bombay’ was released (back when I was barely a few months old), I wouldn’t even drink my milk and start crying until I heard that song on the radio, and it was also the song my mom used to sing to put me to sleep. I was (and will always be) obsessed with his music. Even though I haven’t met him (yet), he’s been a constant all my life. Other than him, I have learnt a lot and keep learning from the music of Dream Theater, Metallica, Pink Floyd, Adele, RD Burman, John Mayer, Vishal Bhardwaj, the list will go on.

Well, to be honest, I don’t plan anything that far ahead. I had quite a few plans for 2020 but look what happened. I just want to keep creating music and keep growing as an artist not just 5 years later but even 50 years later.

Being someone who also works in films, I have become pretty much genre-less as a musician. There have been times when I have woken up creating heavy riff-driven pieces for one film, then switched to electronic in the afternoon and end the day with creating something purely classical.  So over the years, I have lost any preference I might have had for one specific genre and now every genre of music excites me equally. That is also visible in the independent originals I have released, my first song ‘Mitwa’ had a very rock kind of a vibe, ‘Kahaan hoon Main’ was a pure acoustic song and ‘Khushnuma’, I tried to create something more atmospheric and electronic.

My next song is titled ‘Tanha’ and I plan to release it later this month. I am very happy to be collaborating with a fantastic singer, Nihar Shembekar, who will be singing the song. Funny story, the tune of the song came to me in a dream and when I woke up I totally forgot what it was. Thankfully, it came back to me later in the evening and I felt so relieved that it did. It is also the first time I would be incorporating Indian classical elements in my own way in the song and I hope people like it when it comes out.

8) Tell us more about your work with Netflix?

I still can’t believe that it happened honestly, to be able to work with one of the most amazing composers of our country, Alokananda Dasgupta, on some really high profile projects like Sacred Games and AK vs AK. I had reached out to her back in 2017 to assist since I was blown away by the music of the film ‘Trapped’. Luckily she was looking for a programmer and an assistant back then and I would say I was at the right place at the right time. Working on those films really provided me with a whole lot of industry exposure and how trendsetting stuff is actually created. It was months and months of work but that’s why we are here right?

9) what advice would you give to youngsters?

Haha, I am 26 as of now, so I guess I am still a youngster myself? Honestly, I don’t think I can give any advice. Every artist has his/her own journey.  One thing I would definitely say to anyone who’s starting their musical career professionally is to test the waters first before jumping into the pool. See where your music stands in comparison to the level of music that’s out there and then keep improving. And never stop learning.

Well even before quarantine became a thing, I was living in it anyway. I used to stay alone in Mumbai and there were times when, for weeks, I would have only seen my cook when she came to make the meals since I was so busy working. But yes I agree that when the choice of moving around was taken, it did stir my mental balance initially. But I took it positively and released a new song (Khushnuma) and the process of creating it did restore my balance.
Khushnuma

Other than that, I felt extremely blessed that I had my parents with me, food on my plate and a roof on top of me during a pandemic. These are privileges that I feel we didn’t acknowledge pre-covid. 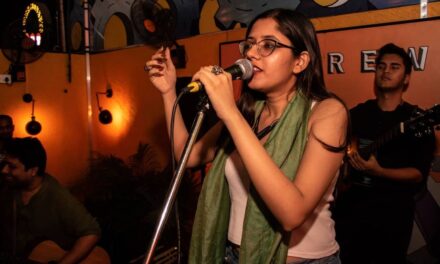 Maanuni – a singer-songwriter and voice artist 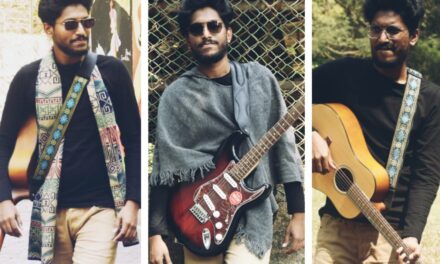 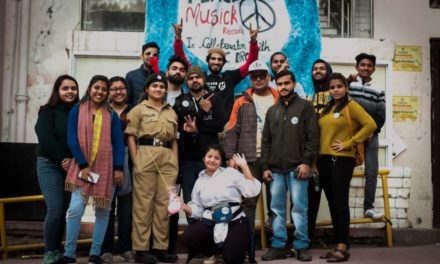 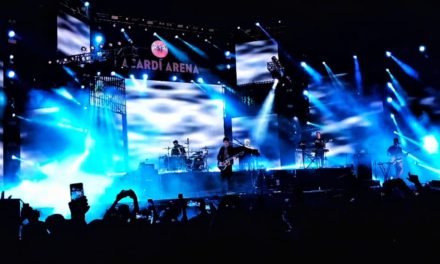