As known to be one of ‘The Best Hindi Rock Band’ in Bangalore; it is undoubtedly the ‘Most Energetic’ and ‘Most Entertaining’ on-stage!

Contents
1) When did your band’s journey begin?2)Tell us more about the experience of expressing your thoughts and feelings through music.3) Which has been your first track? 4) Who has been your inspiration?5) Where do you see yourself in the next 5 years?6)How would you describe your music?7) Which has been your most memorable song or project?8)What advice would you give to aspiring musicians?9)Share some of your achievements with the magazine.10) How’s life after the covid-19 pandemic

Oxygen On The Rocks | OOTR the Hindi (Desi) Rock band from Bangalore, creates Rock music with subtle undertones or sometimes prominent fusion of Indian folk and other ‘desi’ sounds; that helped the Team to conclude & arrive at the term ‘Desi Rock’. The band also focuses highly on their lyrics and believes in delivering a message to society through their music. The Band is Signed Up by HUNGAMA MUSIC (HUNGAMA Digital Media Entertainment Pvt. Ltd.,) Mumbai & have released a series of Originals in their signature style, as well as worked on many projects on music for the film industry.

Here is Oxygen On The Rocks in a conversation with GOGO Magazine.

1) When did your band’s journey begin?

The brand started its journey in 2006 in the city of joy, Kolkata when it was called “Oxygen”. Then we had to part ways in different cities for professional reasons and the band finally reunited in the pub capital of India, Bangalore in 2015 more robust than ever and the name “Oxygen On The Rocks” was coined. Here onwards there was no looking back as we took the garden city by storm with original music, desi rock covers, and 400+ live gigs to date!

2)Tell us more about the experience of expressing your thoughts and feelings through music.

‘Oxygen’ symbolizes life! And ‘On the Rocks’ means served ‘undiluted’! So we have consistently served our life experiences like love, friendship, struggles, emotions, and journeys through our music! Each of our original songs tells a different story of life.. as undiluted as it gets!

When the band was formed we experimented with an original Bengali folk called ‘Koyna’.

Then our first original release in Hindi was called ‘Aye Dil Bataa’ and a song on the search for Soul & meaning of Life!

We have always been inspired by bands and musicians who have tried to embark on a landmark in independent music and tell their own stories, namely, Euphoria, Indian Ocean, Lucky Ali, and the Bengali legendary band called Mohiner Ghoraguli!

Avoiding interview questions like this is one of the primary inspirations to run away from corporate life and take up music full time ??. On a serious note, we just want to keep telling our stories through music to people of all ages and bring back the lost era of independent music in India.

In a short and simple term #DesiRock

So far it has been “Yaaron Ki Yaari”, which was composed and played for McDowell’s No.1 Yaari Jam! This song was written, composed & produced just in 2day’s time & was shot on the very 3rd day! The song talks about Friendship & well inspired by the Bond we at OOTR share.

Do the music that you love but keep writing your own music. One day people will definitely connect, listen to you, and love you!

The most composition of ours, “Yaaron Ki Yaari” got Featured and aired on MTV!

“PEHCHAAN” Being a song on Nationality & Unity got accolades and was recognized & Featured as one of the Best Song On Nationalism by Team for Humanity supported by GiveIndia.

“Ummeed” a song written by Souvik from OOTR was later made into an Anthem of Inspiration during Covid time by JK Cement and was sung by non-other than Bollywood sensation Shaan.

For OOTR, Covid times had been a Blessing in Disguise! The pending new songs projects that Team OOTR could not finish during the pre-covid period, due to a dearth of time, were all completed and even the MusicVideo shoot got over post the Pandemic restrictions were removed. The Band is all set & ready to release a series of Originals in  Times to come.
Since the restrictions have been removed, the Band has been keeping busy with Gig Tours and all seems to go very well with Live Events being back.

SPOTIFY: OXYGEN ON THE ROCKS 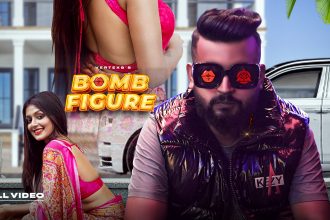