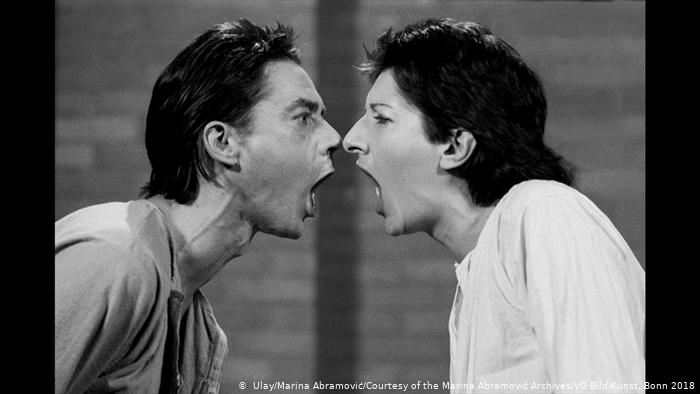 Ulay and Marina were duos who performed together for 12 years and were famous lovers of their time. They had a love story so beautiful and what made it more famous was there an unusual way of breaking up with each other. They decided to meet for the last time and they planned to meet in the great wall of China, they both started walking from the opposite side of the walls and kept walking for days before meeting each other.

It was the last time they both met, it was a difficult path and it was also the saddest part as they were meeting for the last time.

After 22 years they both reunited in New York where Marina was the subject of a popular retrospective at the New York’s museum of modern art. They both believed that their relationship was an important part of the history of performance art. It was very unexpected for Marina to look at Ulay after years sitting in front of her.

There is a video that shows the whole reunion of these two lovers and it is a beautiful video of them both how seeing each other after years for a few minutes in silence, how they would have felt can be seen in the video though none of us can feel what they might have felt at that time. Later after Ulay went Marina was not able to continue with the event and kept silent for minutes.

There have been various disagreements and issues between them but they chose to leave all of it behind and moved forward as friends. They call it a beautiful story of their life.

Ulay died very recently on 2nd March 2020 but his work was internationally known he was a performance artist and also a photographer who mainly focused on polaroid and Marina remained a performance artist who used to perform works that dramatically tested the endurance and limitations of her own body and mind.

They had a love story that was something not many could understand but they surely shared a connection of purity and care for each other which makes it so beautiful they didn’t stay together but both of them remained in each other’s heart forever. There are quite few love stories so strong and beautiful whose sacrifices are much bigger and do not always have a happy ending but are beautiful in all its way.