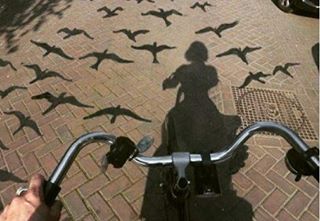 Hey,
I won’t ask you how you are doing, the prolonged soreness is something which I have dealt with and maybe still dealing, I won’t tell you that I am here and you can have me for the chit chat, which might make you feel comfortable or worthwhile. Because it doesn’t matter, it never did.
The kindness is not something which I could switch on as if it is some sort of button, the people who spread the joyous messages of spread kindness, be kind, are just stating useless things. you don’t have any effect of those, these are superficial things just a say by the people to be in the line. I don’t trust them, I don’t like them and neither do you. Right?
So, you know there was a time when the whole world thought the sun revolved around the earth. You do know, well the people resisted, they murdered the scientists who came with the new theories. But later on, everything halted.
You for your life have faced the same and now it’s time to shift the positions. The paradigm of life is not something which I understand and I guess no one did, the self-help books, the literature is all a perspective, a perspective to make you look somewhere else. And honestly, I don’t feel that suicide is something a cowardice act, by saying that it is cowardice is belittling the hardships they faced. But by saying it, I won’t glamorize it, because of the very prominent duty of ourselves is to ourselves. You are invincible, and you might hate yourself right now. You might feel weak, wretched, anguished, perplexed, but that’s okay! That’s completely okay! I won’t tell you to talk to someone unless you are comfortable with it.
Love is something which gives you purpose and by saying self love is something which I don’t even believe in.
I just want to tell you that in the world there are three types of people, the oppressors, the oppressed, and the neutral. The dilemma that you faced is something of that of oppressed. But when the sun will shine, you will be okay, have faith, I have faith in you. I have faith in myself. Love will come to you in most unexpected ways and you will be there with a chiseled smile unable to stop, the glittering eyes, the shining face. The pressure on you is something that no one can understand. I don’t know about the gravity of the situation, you might feel worthless, unlovable, a person of insecurities but
The magnitude of kindness and empathy that you are having in yourself, just don’t haul it because of the world. The world is still standing because of good people like you.
Again, I am not gonna let you lend my ears because it never mattered.
Just be okay!
And one more thing
Every-time you feel low, sit, have thoughts, take a notebook, scribble or do whatever you want to do, mourn, weep, but after that stand-up, because you are not a fucking survivor, you are a warrior. And if there is pain, there is pain, living in paradise fool is fooling yourself, “shaane dard hai toh manegaa hii”
At last i will make you acquaint with the faiz.
“Dil na ummeed toh nhi, nakaam hi toh hai,
Lambi hai agar gham kis shaam, magar shaam hi toh hai”
To the life full of us!

Posted by Heerak Singh Kaushal
Follow:
A person who is not afraid to 'call a spade, a spade'. You can often find me in two moods, either talking to everyone or just a quiet child. I live in a bubble that whatever it is shown in the newspapers, people are still good at heart. I wish you the best and may your pain just blow away!
2 Comments 2 Comments