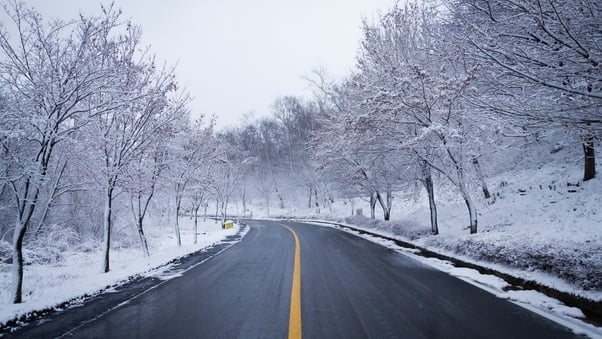 How do you know that the tiny crush you have on someone is worth making a big deal of? How do you know if the charming guy you’re talking to is not a bad guy?
I always thought it takes years to understand someone. Know someone in the right way and I was hell bent on this thought forever. After getting my heart broken twice or thrice, I had decided that my next relationship is gonna be the one and that I’ll build up on it. My mind was set and there were various steps that I were to follow. Step one. Meet a cute guy. Step two. Wait your entire life for him to talk to you. Step three. Become friends. Step four. Become best friends. (By this time you’ve probably understand everything about the guy and you know he’s a good guy, that’s why you both have been friends for so long). Step five. Pray to the universe to make him fall in love with you. Step six. Expect him to ask you out in the most romantic way possible. (And when he says ” I love you, I’ve always loved you”, say “Me too.”) Step seven. Cry with joy. Step eight. Live happily ever after.
So yeah, I had everything planned, but everything almost never goes as per your plan. Right?
It was first week in the college, when I noticed a guy who was different. I can’t really get the words to explain how, but he was kind of a wallflower, and for some reason I had the urge to talk to him. Fun fact about me: I won’t start a conversation, unless you talk to me first. If you do, voila! You’ve discovered I never stop, but if you don’t, you might think I am speech impaired. So, I asked him, where he’s from? He said, “Shimla”, and hence opened the gates for some more conversation. I told him that my uncle lived there and I was planning to go there that weekend but I couldn’t as I didn’t know how to. Ah! “The damsel in distress” move. So, he asked me to go with him as he was going home that weekend as well. Thus, we were on a bus on one of the most romantic routes (according to me, you find your own) with picturesque beauty. We sat together and started talking, about anything and everything. Then, some women got onto the bus and they had to stand, so he got up and let them sit. That’s when my heart skipped it’s first beat maybe. “He is a nice guy.” Then when finally the bus was a little empty he came to sit with me and we talked again. A lot. Fun fact about him: Everyone thinks he never talks, but he’s more talkative than me. You know the vibe you get from someone which makes you want to be near them forever??? I thought I got that. I wanted to be slow on my next romantic endeavor, but I did not. Three weeks into talking, we started dating, and I was sure we won’t make it past two months. We didn’t even know each other at all. We got into a relationship first, then we became friends, best of friends, and today, I think that journey with him, was the best decision I ever made.
So, the next time someone asks you, how do you know if they’re the one? You just know, they’re the one.

By Saumya Sharma
Follow:
Hi, I am a 22 year old med student pursuing my MBBS from Himachal. Writing is something that I have always loved and to be honest I am a jack of many trades. I like writing and reading fiction more than anything. Other than that non fiction, documentaries, movies, music are the things that I am into. I believe that if I can feel it, I'll be able to write it.
3 Comments 3 Comments