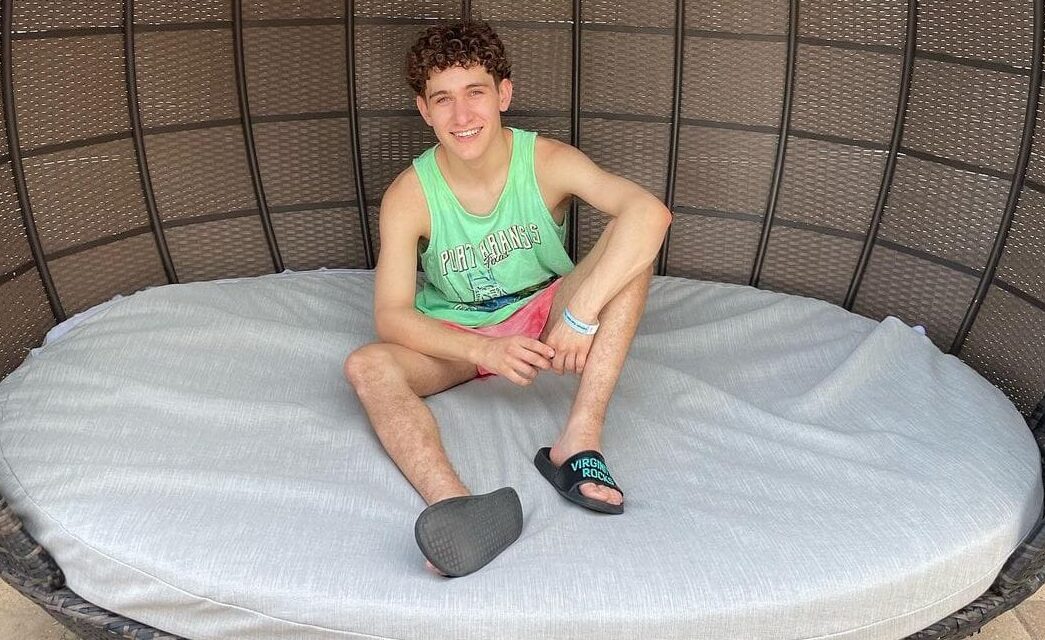 “Marco Antonio Arteaga, a current social media influencer is currently 19 years old and as born and raised in the city of San Antonio, Texas and is now currently attending the University of Texas at Austin. It all started Summer 2019”

Sometimes it is hard to introduce yourself because you know yourself so well that you do not know where to start. Let me try to see what kind of image you have about me through my self-description. I hope that my impression of myself and your impression of me is not so different. Welp, here it goes.

Las padres de mi mama son de Monterrey, Mexico. I’m of Mexican descent even though I may not look it because I have naturally curly hair and light green/blue eyes. But I am a person who is positive about every aspect of life. There are many things I like to do, to see, and to experience. I hope to travel the world one day with friends and family, and a special one-of-a-kind girl. I like to be alone. I like to be surrounded by friends and family. I like to watch movies. I like to think about life, and dream about my future. I like to talk and listen to what people have to say. I love to vibe and listen to all kinds of music. I like to watch the sunrise in the morning and sunset at night. I like to lie down in the middle of a plane field at night and just look at the stars and talk to whoever I’m with about whatever. I like to stay up late. I like to get up early. I like comedy, action, mystery, thriller, horror, and romantic movies. I used to watch youtube a lot and my favorite YouTubers are Danny Duncan, Nelk boys, Logan and Jake Paul, David Dobrik, Bryce Hall, the Impulsive podcast, Lucan and Marcus, Dobre brothers, KSI, Tanner Fox, Larry, Bradley Martyn, and Steve Will Do It. I like playing football and baseball. I like the land, the sea, and nature. I like people. And, I like to laugh. I am also an Eagle Scout. My favorite color is blue, like the bright sky on a sunny day. My choice of clothing is usually Lululemon shorts or grey sweatpants, and a t-shirt of some sort, or hoodie, or sweatshirt. I have a dog named Lex, like Lex Luthor, he is a bright red golden retriever. Lastly, I know everyone says this but when I’m looking for a relationship, I look for the personality first in girls and I want the kind of relationship people are jealous of.

I’ve always wanted to be famous in some way. When I was younger I used to love to play basketball and I believed I was good enough to make the NBA. Then I got to junior high and started playing football and realized that my joy for basketball was fading and my joy for football was rising so my dreams of going to the NBA had vanished and my new dream of becoming an NFL player had begun. A few years later, in high school, my joy in football had gotten weaker. Junior year of high school is when my newest dream came into play. I am someone with a passion who loves to have fun and create videos for people to watch and enjoy.

“I was bored and my parents were at work, I didn’t have a car, and it was too hot for any outdoor activities. It was one of those days. I watched a video by one of my favorite YouTubers, Danny Duncan, who is a very popular YouTuber. You may not have heard of him, but you may have heard of his popular merchandise “Virginity Rocks.” Mostly he films his everyday life, which he makes interesting by injecting it with his own particular absurd humor, interacting with his friends, roommates, neighbors, and random people. His videos taught me to be myself and not let anyone tell me who I can and cannot be. His videos show that all stories can be interesting, provided they are authentic. So, I get this flash of inspiration, a vision of me doing this myself and making my own channel. With this ambition, I set out to conquer. That day when I started my YouTube channel, I was in that mindset of being myself, no matter what anyone said. I started to vlog a bit (a vlog is simply videoing a person’s day and posting it) but I didn’t know how or what to do, or what to expect, I was definitely awkward and cringe in my first few videos. I talked about myself, my interests in sports and humor.

I told some friends what I had been up to, and they thought it was interesting and asked to join. I did videos like innocent pranks in public, they were videoed and posted on youtube. There are videos like prank calling pizza stores, trick or treating the day after Halloween, pretending to be mall employees offering to help customers with merchandise, and pretending to work at six flags with a real badge provided from a friend who works there, telling people the rides are closed, etc. After the pranks were filmed, we let the people we pranked know it was a joke and asked their permission to post on YouTube. The videos were harmless and fun. Witnessing the people’s reactions was entertaining, and it got a good amount of views. I did this for about a year and a half.

A few months after starting youtube I started using TikTok, which was the newest trend at the time. I started to post clips on Tiktok and my videos progressed and became funnier and more professional. After about a month on TikTok, I gained about 10,000 followers. That entire summer of 2019 I made video after video and posted them, and all of a sudden people started to notice. I would be filming a TikTok or youtube video downtown and a kid would ask to take a picture and say he recognized me from YouTube or TikTok. I was in Target once with my mom and sister and a group of kids came up to me and said that they liked my videos. This was definitely a turning point.

Months went by and I had gained over 60,000 followers on TikTok and 2,000 on YouTube with several videos hitting 1,000,000 views and more. I soon figured out how to get in contact with celebrities, making connections through their friends or relatives. This took months, but apparently, I was lucky enough, funny enough, or cool enough, so they told their celebrity friend or relative to check out my content. I was lucky enough to get messages back from some popular creators, there were even some who were even interested in collaborating with me.

I have always had an extremely creative mind. I tested into the Gifted and Talented programs throughout elementary, middle, and high school and have always reflected the ability to problem-solve, identify trends, and push boundaries. I understand 21st-century communication and what appeals to the youth audience – I just know when content is funny. Creative collaboration is a passion of mine and illustrates my bold and resourceful approach. I have always been advanced with technology and did my first Powerpoint presentation with sophisticated special effects when I was in second grade. Up to this point, I have followed my creative instincts and throughout college, I hope to improve my skills and discover new techniques to let the world know I have more to say.”

Marco has always been a bright student. Ever since the first grade, Marco was in cub scouts while taking every course in the school in Spanish (Spanish immersion). When Marco got to junior high and high school, he was still taking Spanish classes but it was not fully in Spanish like it was in elementary. According to Marco and the reading specialist, taking Spanish for that long messed with his English comprehension skills. He was reading a few grades lower than he was supposed to. All throughout high school, he maintained a 4.0 GPA.

How Marco Got Into College

As previously said, Marco has always wanted to be famous in some way. He now knows his passion. He loves and enjoys making funny videos on social media. He has monetized his social media career in many ways. But, he hopes to take it to the next level in college. He is currently majoring in RTF (Radio-Television and Film). And hopes to get a minor in business or marketing later on.

“My dream is still alive”. This is a brief article about Marco Antonio Arteaga. If you are interested in knowing more, check out his social media or take a look at his pictures.

TikTok creator with the sole purpose of seeking virality and comedy with each and every video. He acquired over 60,000 fans on his @marco1arteaga and over 15,000 on his backup account @marco2arteaga.

His Snapchat username is @marco1arteaga and has acquired over 40,000 subscribers. He has over 3,500 followers on his @marco2arteaga Instagram account.

Marco grew up with his parents, brother, and sister

He currently has a pending position on being a Lululemon model. Marco is helping small businesses like Cloudy, Cross Net, Habana Heights, Dot, Tapi, etc. To help them grow as he builds and monetizes his platform. 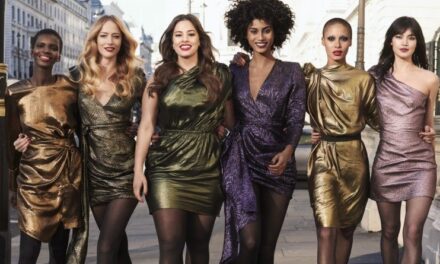 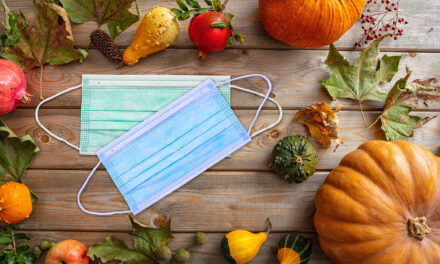 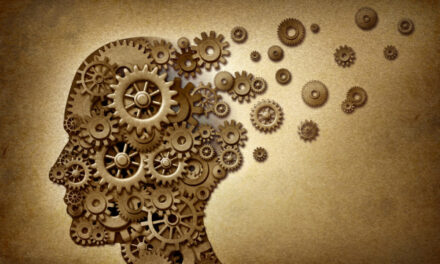 Mental problems that are common and yet taboo 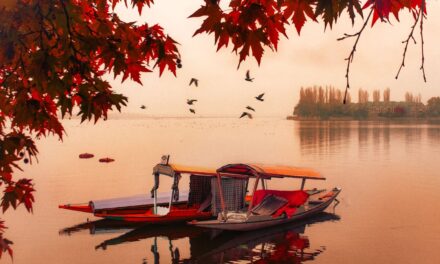 PHOTOGRAPHERS OF KASHMIR – a love story with camera