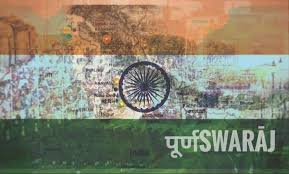 The road to an independent and democratic India had started to take its shape. The meaning of freedom was now more significant than ever. The struggle for the “Purna Swaraj” had begun the very day, the British started to rule India and now was the time that the efforts were actually taking a synchronous pattern. The state of being free or not controlled by any other person or country was now seen attainable. The British Colonial Rule of over 200 years was soon to be history and India was to become independent from the rule of the British Raj following the prolonged independence movement. India became independent on August 14, 1947and Indian laws were still based on a refitted version of the British governance that established, Government of India Act 1935. However, just two weeks later on 29 August 1947, a Drafting Committee was delegated for devising a permanent Indian Constitution, with Dr. B R Ambedkar as its chairman. After a lot of hard work, the Constitution was conclusively forged, and January 26 was chosen as the day to announce India as the Sovereign Republic.

Republic Day has been celebrated every year in India on January 26, since 1950 as a tribute to the date on which the Constitution of India came into effect. This concluded the country’s changeover into becoming a sovereign republic. January 26 was chosen as it marked 20 years since it was settled that the one and only aspiration of Indians will be to obtain ‘Purna Swaraj’ or complete independence. Since then, January 26 is celebrated to memorialize the Indian Constitution substituting the Government of India Act (1935) as the regulatory instrument of India.

It is now celebrated across India with a lot of heartiness. In Delhi, at Rajpath magnanimous demonstrations by various troops of the Indian Army, Navy, Air Force, police and paramilitary forces forge ahead to exhibit India’s defence expertness with latest missiles, aircraft, and weapon systems. Alluring tableaus, symbolizing the beauty of all the states of India are also displayed during the parade. The mesmerizing aircraft formation shows put up by the Indian air force every year becomes the most anticipated performances of the Republic Day Parade. The illustration of diversity of culture through folk dances represents the beauty in uniqueness of the Indian Cultures. The enthusiasm displayed by the children who participate in these dances is worth watching. The happiness of being a part of the parade brings a colorful intensity into the whole arena. The different themes adopted by the various departments are displayed showcasing the important areas of focus. The contemporary aspect that require attention to the heritage of India are beautifully displayed by the states and various departments through their tableaus.

The ideology of radical democracy with which the movement of Purna Swaraj was started primarily concerned with a profound branching of equality and freedom, supporting the purpose that democracy is deficient, comprehensive, continuous and reflexive process. The Constitution took a convincing amount of time to be drafted and though it preserves systems established by the British it also uses different expressions from various other constitutions. Boundless demands for an indigenous Constitution during that time meant that a lot of the nascent debates were about the adoption of the model created by the British. Undoubtedly, the humongous challenge was to create a political framework that would keep the various communities happy in India and prevent chaotic or unpredicted fragmentation. The individuals involved in framing the constitution, despite being a multicultural set of people from various communities, were cooperatively devoted to achieving the historic task of establishing a democratic republic in India.

This year the 72nd Republic day was celebrated with precautions due to COVID-19. Though no one could be present physically, people watched it with great interest on line on digital media. However, due to COVID-19, no chief guest is invited for this year’s Republic Day, though every year it is attended by some distinguished dignitaries. As the different contingents marched together on the Rajpath displaying the elite forces that stand to protect the nation and its people as and when necessary, a parallel parade was taking place out in the National Capital led by the farmers protesting against the new farm laws. The hundreds of farmers on were seen rallying on tractors marching on the road towards Delhi. Though the protests later turned violent, it cannot be neglected that these were also seen as the repercussions that the government must have been in readiness of during the past 2 months that went by. The struggle of 80% of the farmers was seen characterized through just 20% of a few displeased and angry protestors by the media everywhere. Well, the meaning of Purna Swaraj took another interpretation this Republic Day. The farmers who are fighting for the removal of the 3 newly introduced farm laws have been peacefully waiting to be heard till day by the government without harming anyone. Just like the old times when the aim of our freedom leaders was to bring unanimous outcomes, issues are being waited to be debated until decisions as unanimous as possible can be made. Just like today, proceedings were open to members of the public and the press during the framing of the Indian constitution then too. Many discussions also took place outside the halls of the Assembly in and between the various committees. These debates and committee proceedings have now been transcribed and published. But the way the adulteration of media is being seen, the future of today’s events in the books finds a doubtful place.

One of the biggest strength of the constitution is that it is an ever changing instrument that can evolve with time either by its analysis or modification. An amendment in the constitution is a difficult occurrence and needs at least two-thirds of the Lok Sabha and Rajya Sabha to pass it. But the recent developments that have taken place in the passing of the farm laws that has angered the most hardworking portion of our population is still to be heard or empathized upon

Also in the words of Don Willett, our Constitution exists to secure individual freedom, the essential condition of human flourishing. Liberty is not provided by government; liberty pre-exists government. It’s our natural birthright, not a gift from the sovereign. Our founders upended things and divided power to enshrine a promise, not a process.

The meaning of Purna Swaraj also takes a newer definition when the radical democratism that was meant to guarantee and provide social, political and economic security to all people of India and which meant that all power and authority of the union government and government of the constituent parts are derived from the people. The vision of India that our forefathers must have wanted to remain after their death is a testament to the dedication of the present generation that despite all odds, a consensus needs to be reached and despite of considerable divergence of opinions even if it takes years to create their own wave would be a better option to be riding on a gifted slavery.

By Charu Gupta
Follow:
A professional with over 6 years of intermittent employment experience in IT. With a strong inclination towards learning the interaction of products and spaces with human beings, shifted my career path in design research to learn the skills that would help me tothink inside the closed dimensions to be able to innovate outside them. Currently pursuing my passion for skill development and education through government funded projects. A passionate writer, content designer and traveller who loves to explore new places and meet new people.
1 Comment 1 Comment