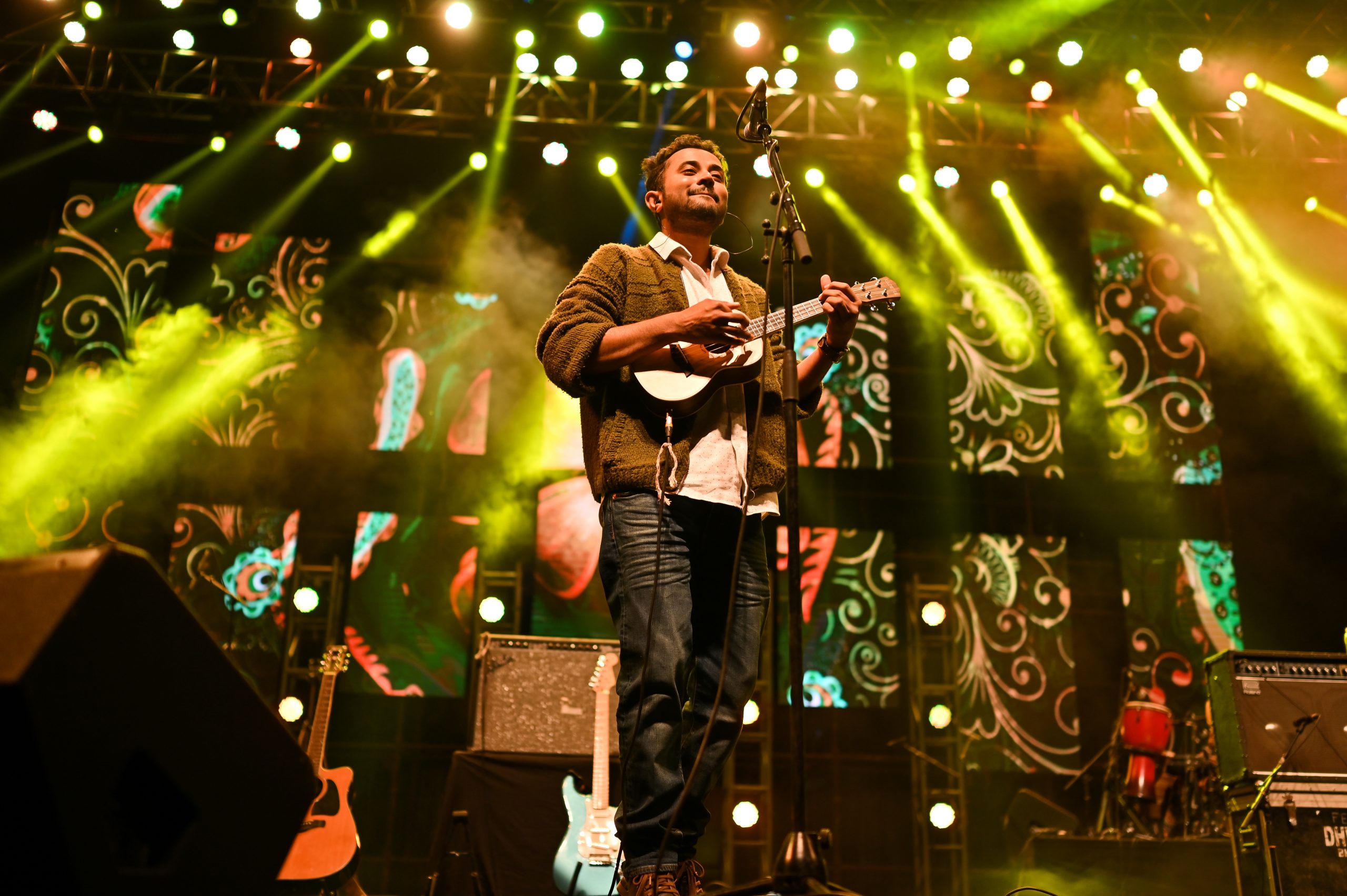 Nitesh Rajesh is an independent singer, songwriter, and music producer from Bhopal, India. Started his musical career as a lead vocalist and guitarist in rockNroll band which was formed in 2011. Music has always been a great inspiration and a driving force in his life. Nitesh is also the founder/CEO at Adanj Productions which is a film and music production house, a dream place for all the artists like him to justify their music and also the place where all these songs get recorded and produced.

Contents
1) When did your journey as a musician begin?2) Tell us about your album “Kashtiyaan.”3) Which has been your first track?4) Who has been your inspiration?5) Where do you see yourself in next 5 years?6) Which has been your most memorable project or song?7) Highlight some details about your music production house – Adanj Productions.8) Share some of your achievements with the magazine.9) How was life in quarantine?CREDITS

His compositions reflect the emotions of feeling, flying, and sufferings in love.

Here is Nitesh Rajesh in a conversation with GOGO magazine.

It will sound very cute & innocent but yeah! that’s honestly how my journey as a musician begins.

Way back to middle-school days when it was raining heavily one day. The teacher asked the students ‘Does anyone know how to sing? Friends somehow had the idea that I used to sing sometimes. They pushed me. I still thank them for that. Well, everyone including the teacher loved it. ‘Once More… Once More..’, the class shouted in unison. That moment inspired me, turned my life towards music, and there was no coming back then.

2) Tell us about your album “Kashtiyaan.”

The album is the reflection of all of life’s emotional ups and downs, lessons we learn, the times of rigorous practice, and passion for music. ‘Kashtiyaan’ is an alluring journey through the ocean of emotions, rising and falling like waves due to the purest feeling, we call ‘love’. Yes! Those butterflies you feel when you cross your beloved’s place. That desire of staying close and holding hands with a million promises in your eyes. Fascinating mid-nights, the face they make after every letter that you write. Yes! You’re drowning helplessly in this ocean of love more than you could have ever imagined.

Life is better when they are around, you always get lost & found, They are your mate – they are your team; they are the ones with whom you can share even your strangest of dreams. Everything is easy, window wind feels more breezy, and there’s always – always a smile on your face. Making promises, I will be there, falling even more for their small-small gestures of care, doesn’t matter if things will ever go wrong, for them you’ll sing a million songs.’ cause baby, you’re home… But Yes! We are Humans. Differences gradually come, and it gets hard to accept a new one. The noisy pain that shreds you apart, you both have got your ego and self-respect no matter what. It hurts! Right?

Every next word of anger, hit their feelings like piercing a sharp dagger, You cried – they cried with deep shame, The fetters of ego begins the game, Time makes you realize, but it’s too late to apologize. Then one day you both arrive on the last horizon that your emotions drive, where just after that one more step, you get yourself out. She then calls your name with a heavy throat, all universe inside the electricity float, the gravity of love pulls you back from the top, you fall again with an infinite speed and that’s when the tears drop. You become one and invincible forever.

There are six songs in the album:

Umm! Not one particular artist or person. It was a complete era of the Bhopal rock music scene back in 2010 where all the local bands came together in the garage or some abandoned apartment and jammed till their last sweatdrop.

Those energies, vibe, guitar distortion, solos, vocal screams, and what else. That was something a soul losing from body experience for me which kicked me at some unimaginable heights to form a band to live life holding a guitar.

Luckily the bands or band people are still active and doing wonders. Every day there’s something to inspire, something to learn, to push who makes us realize how empty we are.

5) Where do you see yourself in next 5 years?

Well, I don’t have a crystal ball and know where I will be in the next five years. But I know what to do in this upcoming time. In five years, I would like to expand my horizons by jumping in feet first and learning as much as I can. Want to reach more close to satisfy this hunger of knowing myself, want to find more roads to reach the same destination.

I believe there is a harmony in between these emotions rising and falling with everything happening in the universe and want to surprise myself more to look at everything in the musical aspects. I believe this path will lead me more close to somewhere I belong.

6) Which has been your most memorable project or song?

It is the production process of the song ‘Kho Jaane ki Zid’. Always being a song producer in rock music only, it was the first time I tried to dive into the Ukulele type music world and especially along with percussion. It was new for me and having ‘Tejaswita’ as a percussionist on board could raise the song from a pleasant song to a great song through her sounds with a lot of fun during the production process.

7) Highlight some details about your music production house – Adanj Productions.

In a search for the right place to record our music and to produce music videos, I ended up making one. It was started way back in 2013 when I was desperately looking for a place to produce my debut band’s album. So I broke my little savings, bought a few mics and other basic needed accessories, and my younger brother/bandmate Adarsh we roped this seed to provide the services of filmmaking and music production to the people around.

To date with our team’s hard work and people’s wishes we have been able to build a well-equipped and beautiful place where one can come with his/her dreams and can get the needed facilities and services under one roof. We found ourselves fortunate to get the opportunities to work with artists who inspired us like Udit Narayana, Kailash Kher, Shankar Mahadevan, etc, produced albums, music videos of some renowned independent artists of the country and for the biggest brand of the world like Amazon, Wipro, Aditya Birla, Jaypee Group and many more.

The entire album ‘Kashtiyaan’ was recorded and produced at Adanj Productions.

There are hundreds of things in the bucket list of an artist to look upon in the future. It may be reading a book, practicing new instruments, learning a different technology. I had a few on my list. This time of life was full of practice, readings, learning, writing, and many more. “Tum Aaye kyu nahi Pehle” & “Kho Jaane ki Zid” songs were written & produced at this time only.

By Rhythm Arya
Follow:
"You never know how amazing you can be." Traveler | Writer | Artist
4 Comments 4 Comments