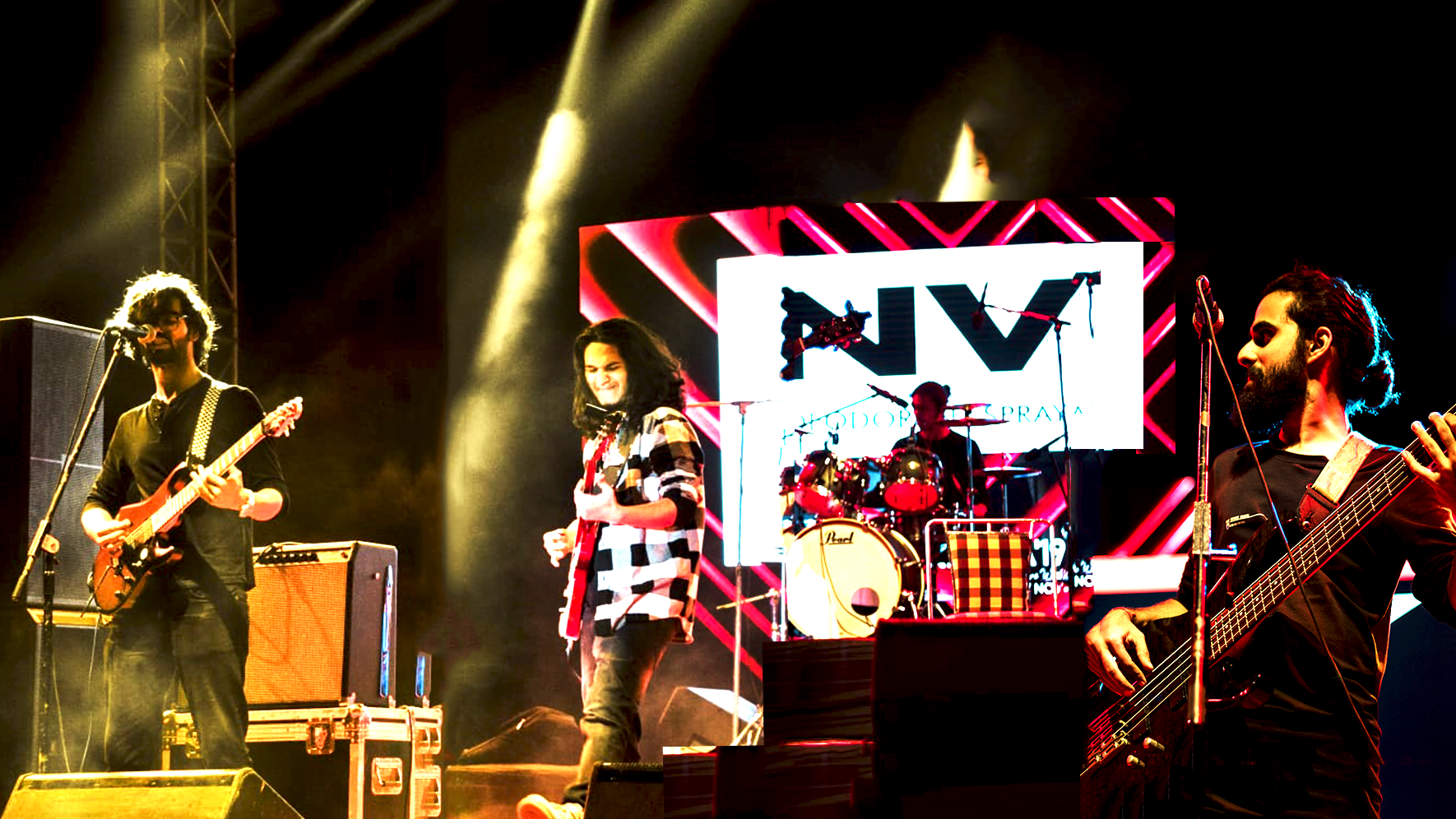 Gamak is a Chandigarh-based experimental band. They’ve been in the indie industry for more than 2 years and in that span, have released 2 singles, won various competitions, and performed at inter and intra-city venues. The band consists of four members.

Contents
1)   When was the band formed? How did it all begin?2)   Why did you choose the name ‘Gamak’?3)   Which was your first song together? 4)   Which has been your most memorable live performance?5)   How do you guys manage investments for your music productions?6)   Who has been your inspiration?7)   What is your dream venue?8) Tell us about your latest track.9) How far are we from our next live concert?10) How was life in quarantine?

Gaurav Arora, his instruments are the keyboard, and the electric and acoustic guitars. He is also Gamak’s jazz player,

Kushal Sood is the drummer of the band.

Often called the FeelMan of the band, Mrinal Sippy plays both the acoustic and electric guitars in Gamak.

Vaibhav Kathuria plays the bass guitar in the band. He also doubles as Gamak’s tech guy and mechanic. Cables, pedals, broken parts, image editing, video editing- Vaibhav is the man for it.

All 4 are disciples of the renowned classical and ghazal vocalist, Shri Vinod Sood. All 4 members are songwriters and vocalists. Hence, there is no primary vocalist or frontman. Whoever writes the song is the first choice for the vocalist of that song. However, if someone else’s vocals suit the vibe of the song better, he is selected as the unanimous choice. The music the band makes is a medium for the members to connect to themselves and others. In the long run, they want to remain true to this expression and create their unique signature sound while giving people something they haven’t heard before something fresh and meaningful.

Here is GAMAK Band in a conversation with GOGO Magazine.

Gamak is an experimental band based in Chandigarh. All four of us are learning Indian Classical Music under the same Guru, Sri Vinod Sood ji. It all started when Kushal, son and disciple of Guru ji and Gaurav, another disciple, thought about forming an Indian Classical Fusion band. They asked Vaibhav to be the vocalist initially and started jamming at Gaurav’s place. Mrinal soon joined as a guitarist. Everyone bonded really well and jammed regularly despite hectic schedules. Soon enough, we created our first fusion track and that’s how it all began.

Gaurav, Kushal and Vaibhav were sitting together, thinking of a name for the band. They thought of many words, some of which also included Indian Classical terms. Likewise, Gamak is also an Indian Classical term which Vaibhav suggested and everyone agreed to. Gamak, in Indian Classical means to sing or play notes on an instrument at a fast speed while giving force to each of the notes so that they can be heard distinctly. Gamak’s literal meaning is to think beyond one’s age.

3)   Which was your first song together?

Sorrows of Separation was our first single. It is based on an Indian classical raga “Malkauns”. In this track we have tried to blend Indian Classical with rock, blues  and pop.

4)   Which has been your most memorable live performance?

We have a lot of memories but there’s one when we performed at Thapar University at Patiala. Performing on an open stage below the stars and in front of the college crowd. They were filled with so much energy and we could also feel it which eventually made our performance super energetic. So yeah, can’t explain exactly how we felt in words but it was magical.

5)   How do you guys manage investments for your music productions?

We manage the expenditure through our own pocket majorly. Our debut track ‘Sorrows of Separation’ was recorded and mixed from our own pockets. We also managed to collect some funds from the Battle of Bands and other band competitions for our latest single ‘Titli Si’. It’s really hard at present to pay for recordings on our own, but we all put in our contribution so we can release our content. Each one of us is saving funds to upgrade the gears on their own.

6)   Who has been your inspiration?

As a band, we want to perform everywhere and in every part of this world. But if you ask about dream venues, it would be a lot of arenas and music festivals including NH7 Weekender, Ziro Festival, Mahindra Blues, etc. Also, there are some international venues we would love to play at, like Royal Albert Hall, Sydney Opera house and many more.

Titli Si is the latest single which we have released recently. This song talks about love and the various shades we see in our partner when we are in love with them. In this song, a girl is compared with a butterfly and many other things too. But the central point and main comparison is with a ‘Titli’. So, the name is derived from there. Our guitarist, Mrinal wrote and composed this song. After that, we worked on it together and here it is in front of you!

9) How far are we from our next live concert?

We would love to perform tomorrow itself. But we all are just waiting for the lockdown and restrictions to get down and as soon as the situation gets normal, we will be ready to hit the stage.

Due to quarantine, we couldn’t jam, there was no music-making together, there were no live performances. So, there were some problems. But on the positive side, we were able to give time to ourselves and our families. We spent some alone time with our art and polished ourselves. We were able to write new stuff and finished some of our old incomplete songs too.
So it was nice and a little difficult time for us.