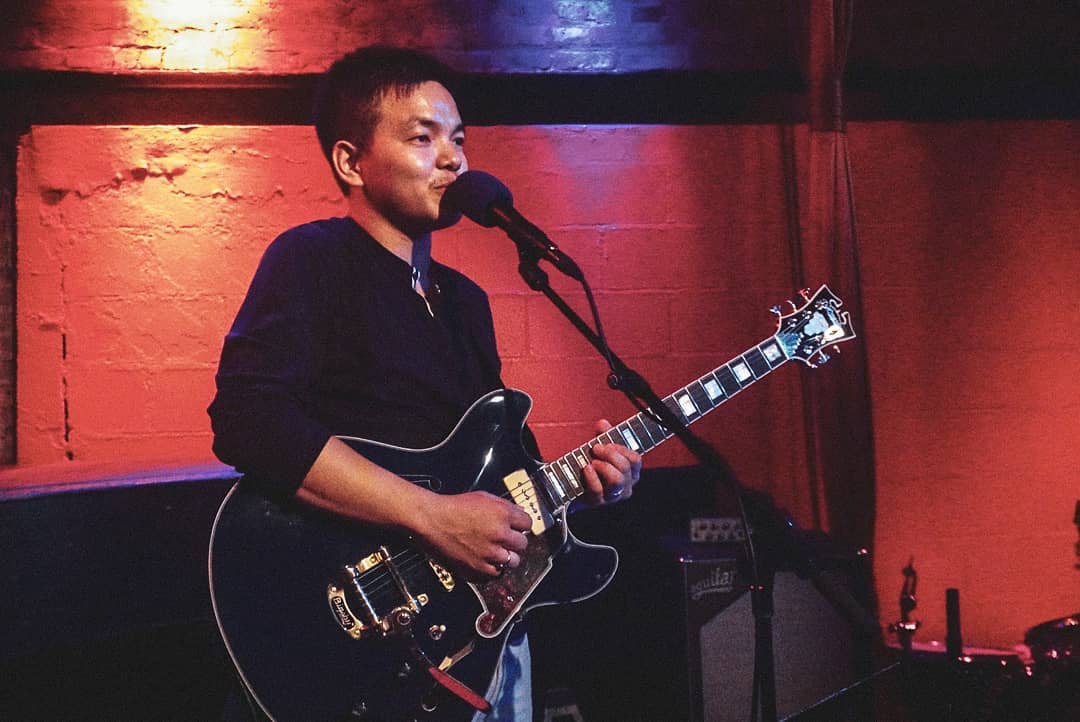 Takar Nabam is a vibrant creator of songs that can capture a listener in several ways, be it nostalgic hooks, vivid storytelling, or bold & forward-thinking musical vision.

Contents
1) When did your journey as a musician begin?2) Tell us more about the experience of creating your own signature sound.3) Which has been your first track? 4) Who has been your inspiration?5) Where do you see yourself in the next 5 years?6) How would you describe your music?7) Which has been your most memorable song or project?8)What advice would you give to aspiring musicians?9)Share some of your achievements with the magazine.10) How was life in quarantine?

Takar developed his signature sound in the fertile independent music scene of New Delhi, incorporating multiple aspects of the sounds & culture he was exposed to. The spirit of western rock lit the fire early, while later immersion in jazz, world music & the art of songwriting led him to establish a wider palette of colors, techniques for expression.

Here is Takar Nabam in a conversation with GOGO Magazine.

It started with me getting my first guitar back in 2002 when I managed to convince my father to buy me one. I did have to promise him to not let my academics take a back seat! Music just became a part of who I am, and I can’t imagine a life without it now. I took Music professionally around 2015, and that’s when I began recording and releasing my songs.

2) Tell us more about the experience of creating your own signature sound.

From growing up listening to 90’s pop to playing in a Metal band, Guillotine, and then to playing in Jazz ensembles it has been quite a crazy ride! After writing about more than 20 songs – 2 albums, an EP, and a handful of singles, I’ve now come to a point where I know what I can do best and where I can take risks. The most important thing that I’ve learned in this journey is that you need to be receptive to the things that are around you, but also not forget your roots. It’s one thing to follow a trend, become a hit, and then vanish all of a sudden, and it’s another to continue evolving your sound with time, while still sounding like yourself. I’m in for a long inning.

My first original track was an instrumental piece called “So it begins”. It was from my shred guitar days. Back then, it was all about playing faster licks and cranking up the volume! I still like to do that, sometimes, but now I feel more comfortable singing and playing without trying too hard to please someone.

I’ve been inspired by artists from many different genres, but if I have to narrow it down, I’d pick Artists/Bands like Incubus, John Mayer, Simon and Garfunkel, Joe Satriani, Steven Wilson, Chet Baker, Wes Montgomery. Of late, I’ve been enjoying listening to a lot of old-school soul Artists like Bill Withers, Al Green, Otis Redding, and a lot of current artists like Tom Misch, Bruno Major, Still Woozy name a few.

Get better at whatever I do. Little by little. Hopefully, I will push one of those lucky doors. Regardless, I hope I’ll continue doing what I love to do.

Dreamy, mellow, with a few surprises here and there.

Believe in Yourself. Work really hard, there are no shortcuts. Get a job, if possible.

– While I was in a metal band called Guillotine, We got to open for Metallica at Bengaluru in 2011.

– Nominated as Top 5 Guitar players in India by Indie India.

– My song “Sang Be Yurey” (Shall I live) was Nominated for the Best Music Video by Indian Music Diaries, 2021.

– First Arunachal Pradesh Artist to have performed in the US.

Ah, can’t tell you how much I missed playing live! On the flip side, I got to work on my EP “Red and Yellow” which was released on November 3rd. Most of the work got done virtually, unlike ever before! Emotionally, it had been tough to cope with the feeling of staying in and not getting to step out, and to top it, I tested positive for Covid in 2020. It was bad. But then in 2021, on June 3rd me and my wife were blessed with a daughter, Aamlyn. So, this was definitely the highlight of this phase.