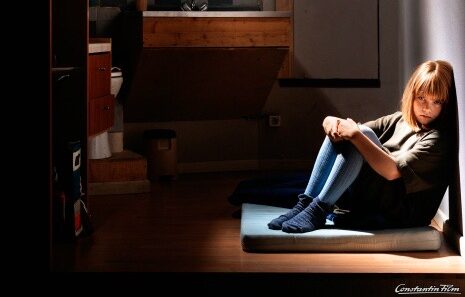 We have heard many kidnapping stories but this one is out of our reach. It is a story of a girl who was kept as a prisoner for 3096 days. Do you know how much time it is? More than 8 years. I know it is so unbelievable. In Austria where she belongs, her story is very famous. She was kidnapped at the age of 10 and after 3096 days she managed to escape from the cellar.

Contents
Her EscapeStockholm Syndrome maybe or maybe not

On March 2, 1998, her missing report was registered when she didn’t return from school. When her mother called the school, she found out that her daughter missed the whole class. The search for the girl was started immediately. First, the police checked the route from the Kampusch house to the school. After that, they started searching for the nearest ponds. They used police dogs but they couldn’t find any trace of her.

The police suggested that they thought the girl had been kidnapped and they started asking around. A 12-year-old school student contacted the police and told them that she had seen the girl being forced into a white van. So the police started searching for a white van matching the description. The police noticed a former technician, Wolfgang Přiklopil, from Strasshof an der Nordbahn, who had a white van that looked very similar to the one that the girl described. The man explained that he needed the car to transport building materials. The detectives asked the standard questions and the conversation showed that Wolfgang did not have an alibi. On March 2 (the date of missing), he was allegedly at home, completely alone.

Because the police had to check about 700 cars during the investigation and interrogate almost the same number of car owners, Wolfgang Přiklopil didn’t attract a lot of attention and didn’t seem suspicious.

Soon enough, everyone forgot about him and nobody had any idea that he was hiding a scared 10-year-old girl in a secret room that was about 5 square meters big.

Police never suspected Wolfgang Přiklopil, it was like the perfect crime. Days were passing and Wolfgang Přiklopil started letting Kampusch to walk around the house and garden. There is even a story that once he took the 17-year-old Natascha to a ski resort and made sure that she had no chance to escape.

After many years of missing, when there was no other police lead. Detectives thought that a French man Michel Fourniret had something to do with the kidnapping. He was previously convicted for similar crimes. But there was no solid proof that he was connected. Obviously, they went down the wrong path.

A large portion of Kampusch’s time upstairs was spent doing housework for Přiklopil and cooking for him. Dietmar Ecker, Kampusch’s media advisor, said that Přiklopil “would beat her so badly that she could hardly walk.” Přiklopil would starve her to make her physically weak and unable to escape. Kampusch was also raped by Přiklopil.

The 18-year-old Kampusch reappeared on 23 August 2006. At 12:53 pm, she was cleaning and vacuuming her kidnapper’s automobile in the garden when Přiklopil got a call on his mobile phone. Because of the vacuum’s loud noise, he walked away to take the call. Kampusch left the vacuum cleaner running and ran away, unseen by Přiklopil, who completed the phone call without any sign of being disturbed or distracted. She knocked on a door of one of the nearest houses and asked for help. In the end, an old woman helped her and called the police.

After her escape, police tried to catch Přiklopil but he died trying to escape after coming in front of a train. He was so frightened of the crime he did that he found this the only way the police guessed.

Stockholm Syndrome maybe or maybe not

Many newsletters claimed that the Natascha Kampusch might have suffered from Stockholm Syndrome. According to police, she “cried inconsolably” when she was told that he was dead and she lit a candle for him at the morgue. She also said, “I feel more and more sorry for him—he’s a poor soul.”

In her official statement Kampusch said, “I don’t want and will not answer any questions about personal or intimate details”

She inherited the house she was kept a prisoner in and it is still her property. Natascha told journalists that she keeps the place clean because the walls where the most terrible part of her childhood and it has a therapeutic effect on her.

In January 2010, Kampusch said she had retained the house because it was such a big part of her formative years, also stating that she would fill in the cellar if it is ever sold, adamant that it will never become a macabre museum to her lost adolescence.

All these facts were highlighted by the media and called the Natascha Kampusch a prime example of Stockholm syndrome. But so far she denies this and calls such people who obligate that they are being disrespected nothing else and can’t understand the complex relationship that she had with her kidnapper in her own words.

After her escape and stabilisation , she gave many interviews and wrote many books.

Her story is horrifying and courageous at the same time. She faced so much and showed the brave soul and escaped. And after her escape the way she described her story and points which can be seen in her books or interviews that facing so much evil for so many years, she still has a good heart.

We can’t even imagine being her.