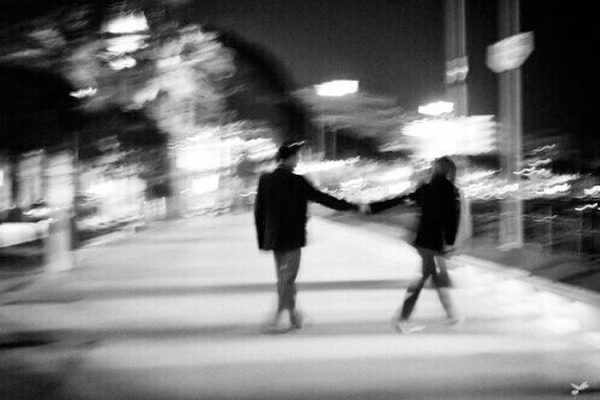 Thinking about those brown eyes, she started smiling. The good and warm days, the safe feeling, and happy go feelings can’t be replaced. It wasn’t always the person but it was always the feelings you get from that particular person and you just can’t stop falling every day, loving every single thing they have to offer. And you just don’t hate any single thing about that person and soon you even realized your best friends start teasing you with that particular name and now all those stupid love songs make sense to you. And you are in love now. At least you feel like you are in love.

But it’s such a soothing feeling to fall for someone. And you be like this is it this is THE ONE. But do all the stories make sense? Do all the stories end the same? Unfortunately not. Some are just incomplete and if complete not with happy endings. Because hey let’s be practical it ain’t Bollywood and you both ain’t SRK and Kajol who will always end up together. But it doesn’t mean that wasn’t love. But still, you are questioning this love and now you are questioning those good times because it doesn’t last forever.

All of a sudden you feel like you were never in love but you were in this mistake of feeling it the wrong way. That those I LOVE YOU’s now have been replaced with I DON’T KNOW’s. And you know what’s the worst thing about these I DON’T KNOW’s not that it doesn’t make any sense but because it does make a lot of sense. The absence of that I love you. Feeling lost now and confused that where it went wrong that now you decided not to fall and not to feel this vulnerable ever again. So you wake up after many nights and decide to cut this love out of your life. Because you don’t wanna feel this miserable, I know you love those butterflies feelings but not the pain which usually comes after letting go of love.

Day and night you are just regretting and thinking where it went wrong. You know the answer too but you still keep thinking because somehow you are trying not to end the story. You are drunk and calling and then again regretting why to talk when there’s nothing to know but you do it anyway because let’s face the reality as much as you want it to end but you don’t want to. But after some hard days, you just finally stop doing all that not because you want to but because you are tired.

Not a happy ending for sure. But is the questioning about love necessary? Do you really think that it was because of love and not because you and the person? It is basic human nature that we always try to avoid the hard conversation and try to blame others. But when two things don’t get along it’s not because one is superior and one is inferior, it’s because two ain’t complementing each other the way they should. And there’s nothing wrong with that. Love is a beautiful feeling and it still is, just because it doesn’t work out this time you start abandoning the whole feeling is bullshit.

Don’t rush to find love again. Because hey! only fools rush in. Just live your life and trust the process. Love has a tendency to come back. This is love it’s always gonna be complicated if you try to force it otherwise it’s damn easy. When you are in love you just don’t know how to explain. If David Crane ever decided to make an episode of Friends on pure love, he would’ve named it “The one which can’t be explained but only felt”.

After some years you will be sitting and it will be raining outside and you will smile thinking of all those beautiful moments you spent together and then there will be no regret and anger but pure respect. As that day you will accept another possible love which this cosmos has to offer you. You will feel the spark again because there will always be another “east side story”.

It won’t gonna stop until you won’t gonna believe. You never know who will be your plot twister.