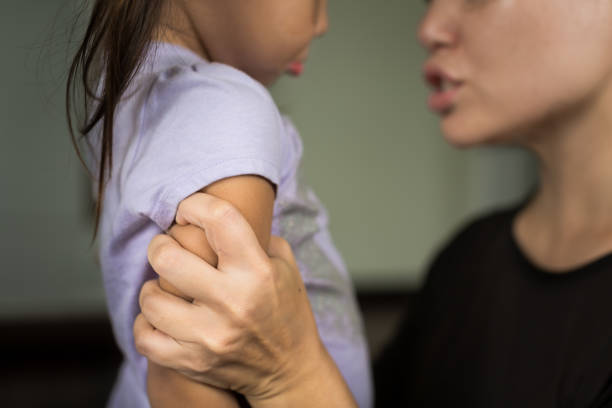 Fair warning to the reader out there! Not all mothers really hate their daughters actually. I am just talking about the ones that indeed do show resentfulness. And yes, however inconceivable it might sound, Mothers can really hate their daughters. The selflessness of motherhood is a gift to mankind. It shapes billions of lives every second. But what about a select few daughters who have grown up with mothers of a different kind? A different experience from her mother: unkind, toxic, narcissistic, or pressurizing?

Contents
A toxic relationship between parents and children is a real thingAre resentment and jealousy natural feelings?Can mothers really hate their creation? But the important question here is: is it right to blame the daughters?

Psychologists have traced self-esteem and relationship issues rooting from a disturbed childhood. But when it comes to the daughter of unloving mothers, the scars might run deeper. We glorify mothers, call them our BFFs, place them on a higher pedestal nearly as high as the Virgin Mary’s. Jeeze, even Harry Potter is based on a mother’s love.

Society hasn’t fully yet come to terms with the existence of toxic mothers. Most people usually shrug off with “But she’s your mother, she has your best interest in her heart.” Taboo around dissing our mothers, and portrayal of all mothers as selfless individuals, sometimes isolate unloved daughters, especially ones with narcissistic type. The relationship doesn’t resemble anything like traditional love. These daughters often spend their childhoods feeling confused, alone, and frightened. Mainly because of the emotional distance & isolation that creeps in due to continuous turmoil and a sense of “nowhere to go”.

A toxic relationship between parents and children is a real thing

The idea of a mother hating her daughter seemed inconceivable and beyond comprehension. But, lack of maternal connection is a reality for a few. There are some maternal relationships laced with bitterness. It consequently severely impacts the mental state of the daughters. Of course, this doesn’t limit to just the mother. Research has found that fathers who play an active role in their daughters’ lives immensely contribute to their sense of self-esteem. This, in turn, lowers their rates of anxiety and depression. In that context, everyone suffers when parents fail to protect the innocence they created.

Citing the obvious, parents play a fundamental role in a child’s development. Intuitively, mothers have a bigger influence on raising a child. Various scientific findings corroborate to this reality. And as for dad’s influence? Researchers were kind of ‘meh’ on the subject, citing that he didn’t have much impact. Ouch!

Now, we know that the mother creates the world that the child inhabits and interprets. So, if the child feels unloved, they believe adulthood might free them from the hurt of being unloved. Unfortunately, vacating the childhood rooms, and moving into the adult world, doesn’t exorcise the scares. It does little to quell either the pain or the continuing need for the parent’s love and support. A phone call from ‘mom’ becomes an emotional minefield. As they grow up, their feelings may further intensify.

Are resentment and jealousy natural feelings?

Toxic mother-daughter relationships, in particular, are very common, with toxic mother-son relationships slightly rarer. But why the daughters? Is it because those mothers are naturally that way or a very straightforward natural inclination to the opposite gender?

One of the possible reasons for mothers to resent their girls might be the dissatisfaction with their own lives. Mothers are also the women who have lived in an unequal society. Maybe they were forced to do things they never wanted to. Some might have been forced to quit their studies and get married early. Others might have been policed for their “slutty” outfits or outspokenness or for raising voice against wrong. Maybe some had to give up their job to continue with an unwanted pregnancy, which was within marriage. Or maybe even as an outcome of sexual violence. Ultimately, motherhood becomes enforced on such women. Her daughter might turn out to be a symbolic reminder of the snatched away dreams and freedom or a mother could see her daughter as a woman pursuing things that she simply couldn’t.

Mother as a keeper of a peaceable kingdom is an image that permeates the culture, It is true in many cases too. She is expected to be loving and sacrificial, however, they are humans too. They have dreams, ambitions, and choices apart from motherhood and they do feel hurt to lose them all at once. Of course, they have the right to express pain and hatred for people, systems, and society.

Can mothers really hate their creation?

Mothers do not hate their daughters per se, their love just becomes toxic. Toxicity mainly due to patriarchal norms and restrictions that mothers had lived through and internalized. In some cases, it could be a simple case of disappointment stemming from the fact that her daughter is not achieving what the mother wants in spite of utmost efforts. Often mothers overlook what the daughter wants. The expectation is for the daughters to chase the dreams that were snatched away from mothers.

But the important question here is: is it right to blame the daughters?

Why should the daughter bear the guilt of her mother’s oppression, or the patriarchal institution?

Yes, it was unfair that a mother was forced to change her choices and live a life that doesn’t value her self-respect and happiness. But it is equally unfair that the daughter is being punished for the wrong that she never did. She was not even there when her mother had undergone all the tribulations because of her gender. And now when it is the daughter’s turn to fight the gender stereotypes, she is conflicted and bewildered. Her mother embodies the biggest barrier in her life.

It is also possible that mothers feel entitled to oppress their daughters rather than questioning the right people responsible for their plight. Completely ignoring the possibility of her daughter internalizing the oppression and passing it on to her daughter?
How are we ever going to break this vicious chain of women oppressing each other in the family?

PS: This is not an attempt to demonize mothers. Nor is it meant to fuel feelings of hatred towards yours. However, it will be counter-productive, and even harmful, to make excuses for her behavior. And also highly risky to underestimate the extent of their potentially toxic behavior’s effect on you.

By Prabha
Follow:
A psychology enthusiast, who loves to let her id lose. Somehow my left brain tingles more with excitement than the right. And this, what many call the dominant hemisphere, admitted my creative writing.With tons of things to take in this whole wide world, this gremlin lil brain of mine is on a path of learning as much as it can. Not only to feed my yearnings but also to share them with you as my untamed musings. I am a content writer for quite some websites and magazines while working on up-skilling myself about the cast of mind.
2 Comments 2 Comments