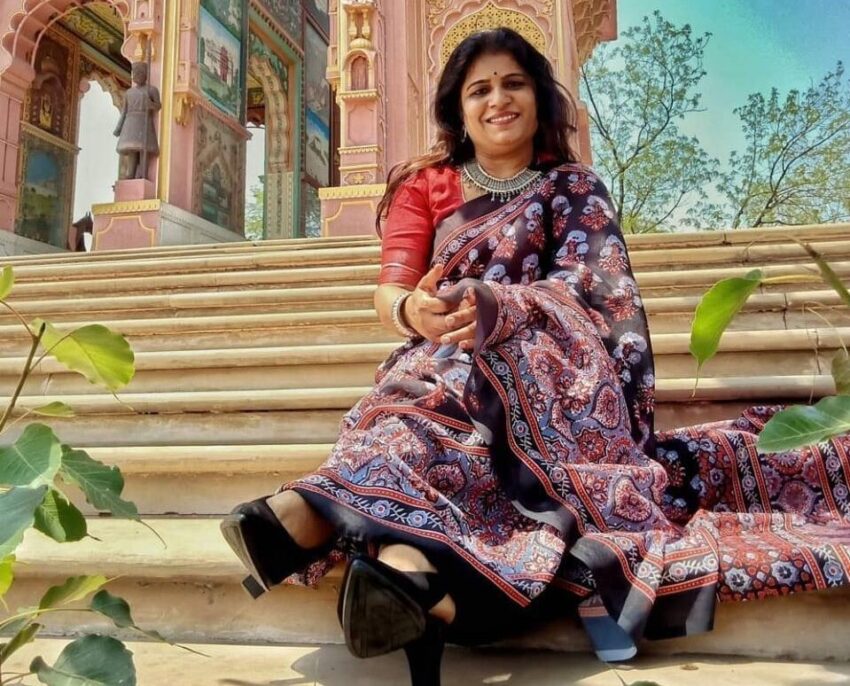 Something that stands true of Mamta Saraswat and her brand Gulabo. Redefining our perspective on ethically sourced local wear which is both affordable and authentic.

MAMTA – a program producer at Community Radio 7 (IIS University) Jaipur had a penchant for sarees which she wore and carried with elegance. She started her blog in vogue _naari and met with instant success and lots of queries about her clothing choices. This led to Gulabo a passionate affair with local crafts and weaves — a brand that survives on the ethos of affordability and promotion of local weavers. Despite being a working single parent Mamta did not shy away from promoting the weavers from whom she sourced her own clothing.

In fact, she held an offline exhibition also at Jawahar Kala Kendra to support them. That met with immense success and just the encouragement she needed for the venture “Gulabo“ to go ahead. In fact, “Gulabo” started its journey with the desi Rajasthani weaves of Bagru, Dabu and Sanganeri. Over time Mamta’s extremely efficient and effective system of promoting weavers; had more and more weavers coming to her from all over India and Gulabo hence is now one huge family of local artisans from all over India.

A platform built with the refined taste and passion of a single woman who refused to be defeated by the circumstances and challenged them hard. Mamta believes that every human possesses something, a hidden talent, which can be transformed into an earning potential that too with creativity because of the love for it. High education and big investment are not needed if you have a passion and dedication to work diligently.

Gulabo works on a wonderful concept of trust on both ends. Weavers and artisans trust their patron for fair trade and the buyers trust the connoisseur of fine sarees and jewellery to provide them with authentic stuff.

To share that kind of trust and surety at both ends speaks in itself for the amazing set-up of Mamta Saraswat’s Gulabo Vastra.