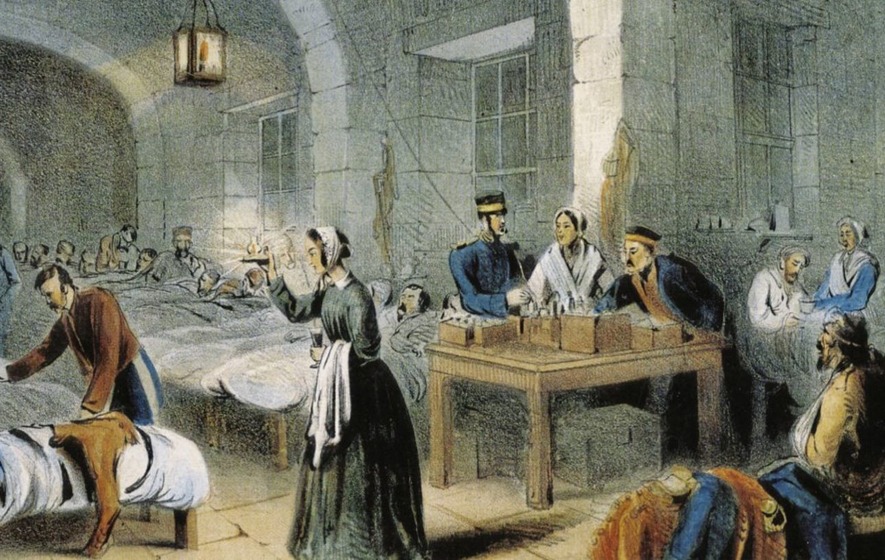 The lady with the lamp that’s how Florence Nightingale was known to everyone, born in the year 1820 she was famous for bringing foundation of modern nursing. Florence Nightingale was also put in charge of nursing the British and allied soldiers in Turkey during the Crimean War. She used to spend her nights in the hospital taking special care of the wounded which made her known as the “ Lady with the Lamp”. Florence nightingale from a very young age was active in philanthropy and taking care of the ill and poor people in the village near her house.

She believed nursing to be her divine purpose her love for taking care of the ill was what made her work for it always, during the Crimean War there were no female nurses at the hospitals in the Crimea as due to poor reputation of past female nurses had led the war office to avoid hiring more. In the year 1854, Nightingale received a letter which asked her to organize a corps of nurses to look upon the sick and fallen soldiers. Nightingale herself contracted Crimean fever and wouldn’t fully `recover, she at a very early age became home bound and bedridden but she didn’t stop working for improving the health care of the patients’ suffering and continued her work from her bed.

During the U.S civil war she was frequently consulted about how to manage field hospitals, she also served as an authority on public sanitation issues in India for both the military and civilians though she had never been to India herself. She has received merit of honor by king Edward and also congratulatory message from King George on her 90th birthday. Florence nightingale had done a spectacular work in the field of nursing and has been a name remembered by everyone around the world. Florence Nightingale is broadly acknowledged as the pioneer of modern nursing.