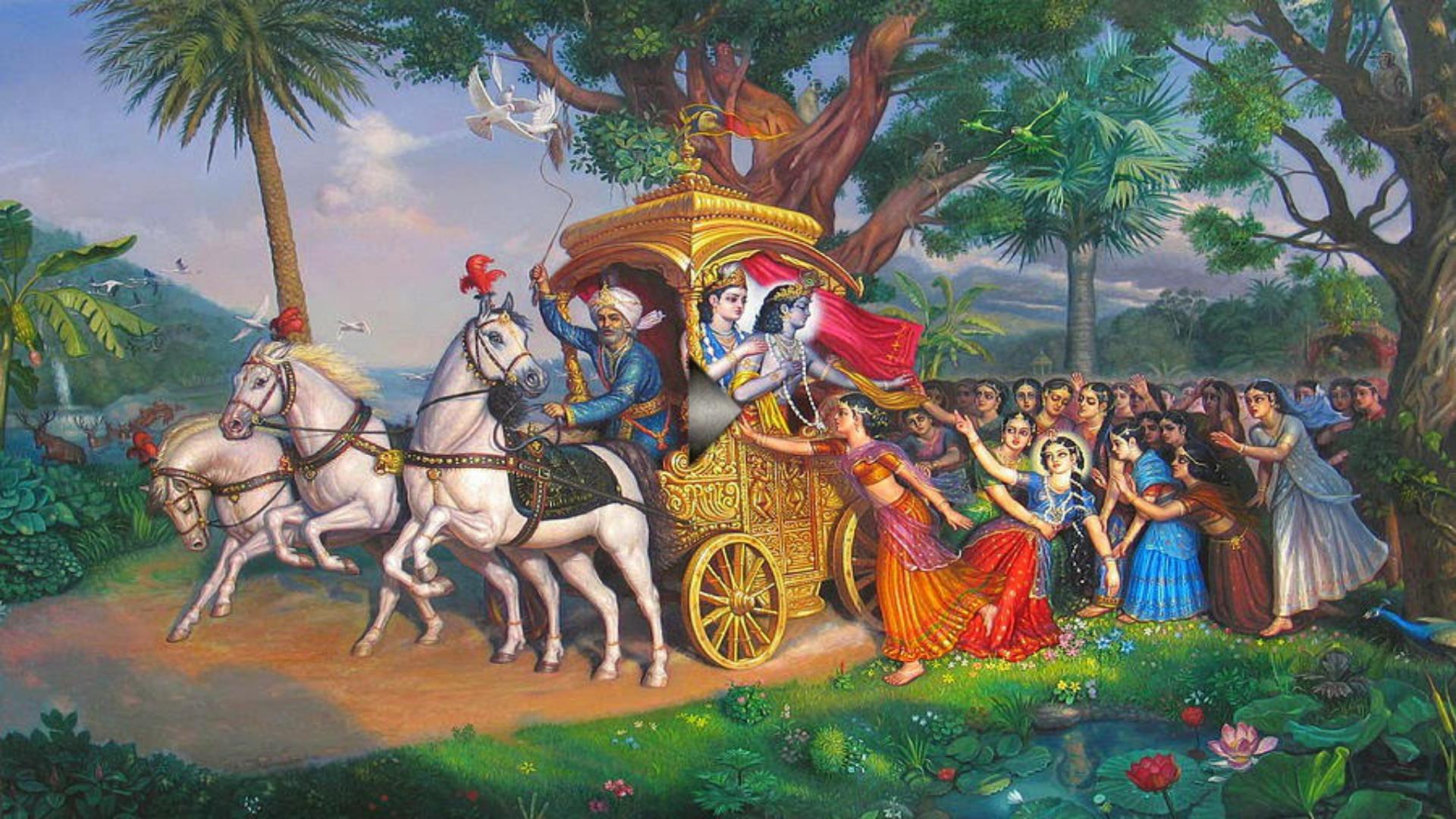 Radha Krishna is a chant that we are hearing since our childhood days. They are incomplete without each other. We have been hearing many stories of Krishna and Radha since they were born, Sri Krishna saved Vrindavan from all the demon’s attacks and became the apple of everyone’s eyes. All the gopalas and gopikas wanted to be close to him all the time. But Krishna wanted to be around Radha. Radha was five years elder to him yet his favorite. Both shared a bond of unconditional love and Radha supported him in all the manner as she knew about his divine incarnation which needed to be accomplished

Krishna left and moved to Mathura to kill Kansa, who was always in fear of Krishna and wanted to kill him. It was heartbreaking for the people of Vrindavan and Radha to see Krishna going away from them. The last moment they spent together was a silent moment. Sometimes silence is better than words to understand each other’s hearts. There was an atmosphere of mourning in Vrindavan. In Kanha’s house, her mother, Yasoda, was upset, but Krishna’s gopis were also very sad. Krishna, on the other hand, began to worry about Radha. he thought that before leaving, he should meet Radha once. Then they meet Radha but both were just silent. Radhakrishna not only knew but also understood the mind and mind. What is going on in Krishna’s mind was already known. So perhaps both of them didn’t need to speak at that time. So Krishna returned saying goodbye to Radha.

Radha was afraid of getting away from Krishna. His feelings did not allow her to live with Krishna, and his growing age forced him to move away from Krishna. Radha believed that they are two bodies and one soul and so they are inseparable even if they are physically not together. This was her devotion for Krishna that made her say these words, Shri Krishna was crowned as king of Mathura after killing Kansa and Sishupala, which was later transferred to Dwarika overnight to save his people from the satans. On the other hand, Radha was living with Krishna’s memories and never thought of anything else. But she was destined and forced by her parents to get married to a man named Abhimanyu, son of Jatila, and Kutila, a Yadav clan boy.

Years later, when Radha became old and weak but still was the most beautiful woman, walked all the way down to Dwarika to see Krishna. By then she was free from all the household responsibilities. She managed to enter the palace and finally she saw him and was once again mesmerized by his divine beauty. It seemed that even being separated physically they were always together spiritually and mentally.

Radha joined the service of the palace, with the permission of Krishna, as a maid so that she could at least get a glance of him each day. But soon she realized that the pain of separation from Krishna was increasing each day though being physically near. Hence, she decided to leave the palace discreetly. Krishna decided to follow her and was there at the turn when she needed him the most. With his divine touch, he bought Radha’s consciousness. Radha smiled seeing Krishna when she opened her eyes.

RADHA’S DEMAND AND THE FINAL JOURNEY

oth of them knew that these were her last moments and so Krishna wanted her to ask something from him. Initially, Radha denied it, but when Krishna forced she asked him to play the best flute for her. Krishna played the flute which was entirely dedicated to Radha. Listening to the divine melody she merged in Krishna. He then decided to break it. Since Radha was fond of his flute so he decided to completely dedicate it to her and never play it again.