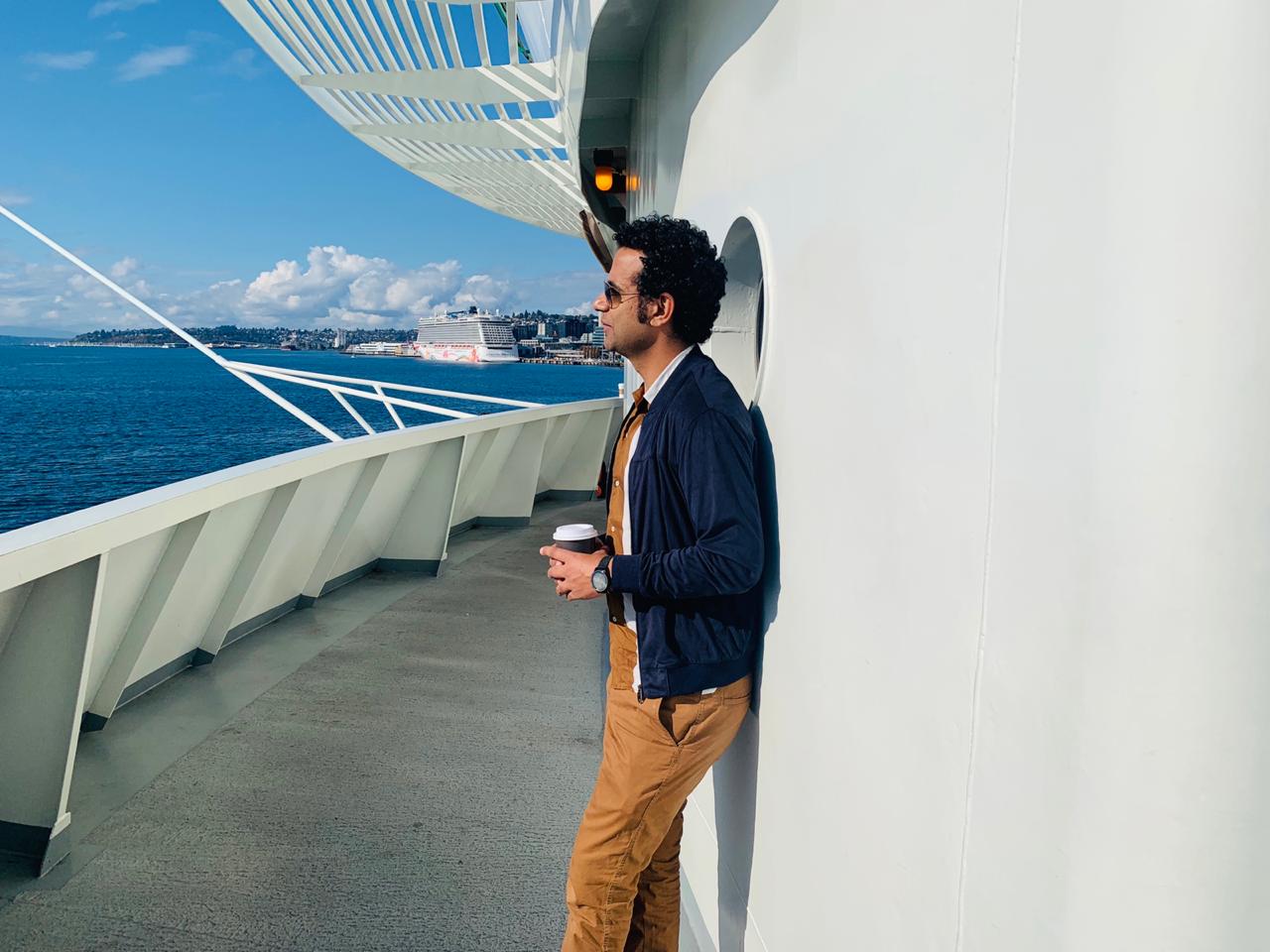 Danish Renzu is a Kashmir-born film director and screenwriter also an alum of the University of California, Los Angeles. His debut feature independent film, ‘Half Widow’ (2018), premiered at the prestigious Seattle International Film Festival receiving rave reviews worldwide. His second feature ‘The Illegal’ (2019) featuring a stellar cast including Suraj Sharma from the Oscar-winning film Life of Pi won a Jury award at Mumbai International Film Festival and also was nominated for best narrative at Austin Film Festival. With no cinema in Kashmir, Danish Renzu hopes to inspire a new generation of Kashmiri filmmakers to practice their art as a force for unity in the conflicted region. He opened his own home production in Kashmir with a goal of reviving cinema back in the valley encouraging youth and local talent to pursue their dreams, also bring the lost culture, music, and traditions of Kashmir to a worldwide audience.

Contents
1) How did your journey as a filmmaker begin?2) How hard was it to get your first break?3) Who has been your inspiration?4) What are the odds in filmmaking as a career option and how did you manage to fight those odds?5) Has your family been supportive with your career option?6) Which has been your best work so far? 7) How has the life changed after “The Illegal”?8) How has the life changed after you moved out of Kashmir?9) One advice you would like to give to young and aspiring filmmakers.10) How’s life in quarantine?

Here is Danish Renzu in a conversation with GOGO Magazine.

1) How did your journey as a filmmaker begin?

I always wanted to be a filmmaker since childhood but eventually, I went to the United States and started working on a short film right after I graduated and I have made my first film ‘In Search of America’ which did great in the film festivals and then I was very sure that I want to be a filmmaker and right after that I made my first feature film ‘Half Widow’ but it actually started when the first film got good reviews and it gave me a lot of confidence to take this path.

2) How hard was it to get your first break?

It is very difficult as you know that independent filmmaking is not a piece of cake, it requires a lot of patience and struggle, It is an unending journey to get your film funded from the very beginning script level to the post-production done. Making my first film ‘Half Widow’ was completely crowd-funded so a lot of time was spent to raise the funds and then actually releasing it. So it was very very difficult to get started but I think we just kept going forward and we didn’t stop, we just wanted to finish and getting into that featherish line is more important to independent filmmaking.

3) Who has been your inspiration?

4) What are the odds in filmmaking as a career option and how did you manage to fight those odds?

Well, I am also an electrical engineer so I was working in a company for 5 years before quitting this job and actually persuading filmmaking as a career option. Its been very difficult since then, I have only made two feature films so far and it’s been a process. Its a journey in itself and managing to fight the odds are basically how ready you are to take up the challenges and finding solutions and at the same time continuing working forward, creating projects, creating job opportunities for yourself, so it is actually a balance of doing good cinema and at the same time being open to commercial space in order to afford this career.

5) Has your family been supportive with your career option?

Yes. My family has been very supportive. In the beginning, they were a bit hesitant when I switched my career from engineering to filmmaking but I feel they always wanted me to pursue this career and they have been a part of my journey ever since.

6) Which has been your best work so far?

7) How has the life changed after “The Illegal”?

Well, yes The Illegal was a lot of academy winning people who have been associated with Oscar have been my editor, music director and even the lead actors. It did open a lot of doors. The release took a little time due to COVID. But now I felt being a balance between International cinema and Bollywood. Indian mainstream cinema is something that I am gonna pursue and sort of explore. The illegal has been the turning point in my career. It was my first Hollywood film and it was received incredibly. Also, working with great artists like Suraj, Adil, and Shweta, and realized how working with great actors actually makes your job easy. So, it changed my life big time.

8) How has the life changed after you moved out of Kashmir?

Well, I moved out of Kashmir at the age of 18 and I directly went to the US and it was a lifetime opportunity for me and it did open a lot of doors for me because I was coming from a small town in Srinagar and I finally got a chance to live the American dream which I had never imagined if I were in Kashmir so it changed my life big time and it also made me explore my dreams and realize them and live the American dream so I am very blessed with the opportunity.

9) One advice you would like to give to young and aspiring filmmakers.

Quarantine life started in March when I was back in LA when this started so it was very difficult to realize that it was true and this happening so it was very difficult in the beginning but slowly I think I have been able to do what I have not done if it was not quarantine be it driving new scrips, learning piano and getting into things I have never imagined of and at the same time working on myself, improving my graphs, its been quite an experience going through this quarantine as it makes you realize how important your time is, what are your priorities. I would say it as a blessing in disguise. I did do a lot of work even during quarantine back in Kashmir and I was really lucky to open my line production ‘Renzu films’ and we did a lot of projects since there were not many cases in Kashmir, we were able to make a lot of content in Kashmir. I have been really busy from July through now. I have been really creative and have done a lot of work and also valued time more so I feel it has been quite an experience.