Rakesh Kumar Walia: A teacher by profession, a motivation to all. 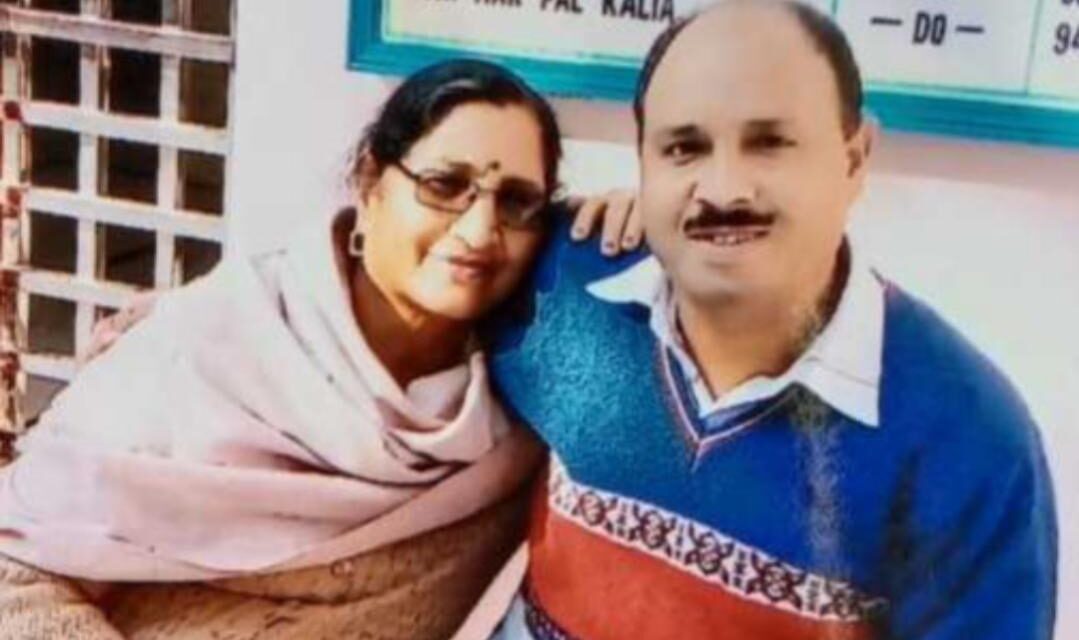 “Teaching is a very noble profession that shapes the character, calibre and the future of an individual. If the people remember me as a good teacher, that will be the biggest honour for me.” Dr. APJ Abdul Kalam

Rakesh Kumar Walia, started his career in the year 1998 as a teacher from there on started a journey of hard work, perseverance and zeal for himself and his students. His students from different schools have participated in National and International Level Science Competitions, excelling in competitions like National Children Science Congress (NCSC), INSPIRE award Manak, Raman Young Science Innovator (RYSI), Jawaharlal  Nehru Young Science  (JNMSE) and Festival of Innovation and Entrepreneurship (FINE). One of his students has invented the cleaning machine which has been patented under the National Innovation for Foundation Gandhinagar, Gujarat in the name of the student, and it will soon be available in the market, this student he met at  Government Senior Secondary School, Dhania his father belonged to a poor background he is a carpenter by profession. It is a huge achievement in itself, this incident has been covered by Doordarshan as well as other channels.

He is presently working at  Government Senior Secondary School, Bagli in Kangra: Tehsil Dharamshala. He has received a state award, 2019 in lieu of his achievement. He has also begun with a science club named after Dr. APJ Abdul Kalam in Kangra District. The main activities of the club include a celebration of missile man’s birthday,  distribution of books, plants and recognition of meritorious students of the school. During tuff times like Covid, he taught his students through online mode, goggle meet application. He has prepared his own notes for class 11th and 12th on waste office papers, hence a lot of paper was saved, in return saving our environment, is one of his contributions among many more.

Getting into a profession like teaching was both a destiny and a choice for him. He in this younger days came from a rural background and was not born with a silver spoon, life for Walia came up with a lot of difficulties. He completed his graduation as well as post-graduation without any aim in life, as there was no guidance during his education years. He’d never thought to himself that he can ever become a teacher and educate thousands of students. It was the consistency, hard work and honesty of his parents that today he is able to help so many others. His father being the only earning man in the family of six people never gave up and seeing to his dad’s perseverance and dedication made Mr. Walia take teaching as a profession for himself.

“Science in itself is extremely fascinating it has the ability to answer all our curiosities, here we can answer all our queries that arise in our mind, it is beauty of science to explain every phenomenon to us like How are we able to walk? Why the sky is blue? Why do the stars twinkle? How the lunar and solar eclipses occur? and many other”,  says Walia Sir. Another thing about science as a subject is that it helps everyone to develop a scientific outlook which is very essential in today’s life. And with the same fascination, anyone can solve any query arising in their mind.

The motivation to Walia Sir came from his teacher Shri Om Prakash Ji, who taught him science in 9th and 10th standard during the year 1989. For the first time he participated in the science competition, it was a science model competition. Their science teacher has selected Walia, the model they presented was a Water Mill. The competition was held 30kms away from their school and due to the long-distance and time in transportation the model got mishandled and stopped working. He and his teacher reached the venue sometime in the evening and there was a sense of panic as the model wasn’t working. Om Prakash Ji repaired the model, after a tiring day. Mr. Walia saw him repairing the model at 1 at night. The next day despite all the problems, he received the first prize for his model and got selected for a state-level competition. Though Walia felt accomplished for winning the first prize, he knew he had no role in the model, he has just explained a working model. The instigation he received from his science teacher was to always keep working hard and Rakesh thought to himself if in future he got this sort of opportunity he would do the same things for his students. And even today he is immensely thankful to his science teacher

For the students, he wants to develop a database of all scientific activities, so that he can acquaint the students with all the scientific advances well in time. And he is working on this database and if this database becomes available it will be beneficial for the teachers as well, as even they can acquaint themselves with correct and updated knowledge and even the teachers can then guide their students for participation in different competitions.

His goals for his students are: firstly, to carry out the present work with more zeal and enthusiasm. Secondly, he wants to add more curricular scientific activities in the coming years. Thirdly, he wants to help every scientific aspirant in every possible way he can.  And finally, to empower the scientific reasoning or outlook amongst the students at the grass-roots level.

Science as a subject is approachable to everyone, any student from any field can participate in it and merge into it, ‘ Any Student can participate, invent, study, modify without any limitation’. And students have unlimited career options in this as a field from doctors, engineers to astronauts, scientists, the list is endless.  It is ‘approachable, applicable, available for every student as well as other people. He teaches physics to +1 and +2 students but for science-related activities, he selects students from 6th to 12th standard.

An incident he will always remember is that when he was posted at district Hamirpur, Senior Secondary School Sujanpur, it was 75kms away from his place of residence and he used to travel to and forth daily, in this very school he started his guidance for students to participate in scientific activities, but it never came possibly as students were busy in their routines, studying and attending classes and he was busy teaching. And even after a hectic schedule for both himself and his students. He decided to work with them after school hours i.e., after 3 pm. Working from 3 pm to 6 pm with the students and reaching home after 9 became his routine.

But all this hard work paid off when both his selected students Kavita Rana and Sumit Dhiman won the competition, Kavita worked on the harmful effects of CFL and Used Batteries and Sumit Dhiman worked on the topic of Energy Conservation, both students were amongst the winners first at the district level and then at the state level. At the same time, he sent a memorandum to the state government through local administration Tehsildar, so that the Government can make a policy on safe disposal of CFL though he got transferred after that the State Government has recognized his efforts and thereby the school received a letter stating that they were sorry for the past wrongful disposal of CFL but in the future, they will make proper disposal units as the used batteries have adverse and harmful effects. It was a wonderful experience for him to work with these students.

Walia Sir’s pillar of support has been his dedication to his work, for the betterment of the children,  his confidence and the cooperation he received from his friends. By gods grace, till now he hasn’t received any problems that couldn’t be solved.

The changing point in his life was when in 2011 he was working in the Government Senior Secondary School Lahla, Palampur Valley, where he met two girls who unfortunately have lost their father, Meenakshi Kapoor and Monika Kapoor, they have never been away from the house or visited places farther than 10kms, but when Walia Sir worked with them on the topic Soil Conservation Practices in that region, both the girls worked very diligently and won at District Level, State Level and then were selected at National Level competition. The girls who never have been farther than 10kms away from their home have now participated at National Level, held in Chennai. And this is the exact incident that made Walia sir think that he will continue to work for poor children or students who don’t belong from the privileged sections of the society. In the same year he worked with another student, Kirna whose father was a painter by profession and she went to Bhubaneshwar for National Level Children Science Congress.

“We should never involve ourselves in useless gossips, we should go on working for the betterment of the others and we should never expect rewards for the work we are doing.  We should have a broad outlook and a strong dedication for our work,” says Walia Sir. 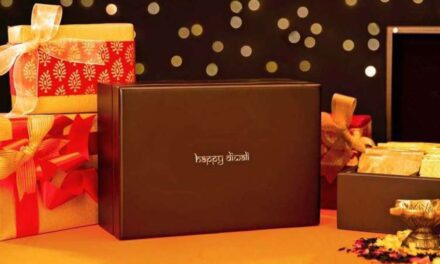 5 Thoughtful gift ideas for this Diwali 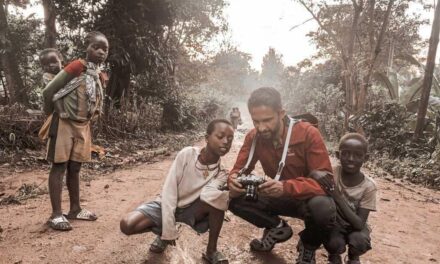 GAUTAM KULKARNI – A published author and a photographer from Dubai 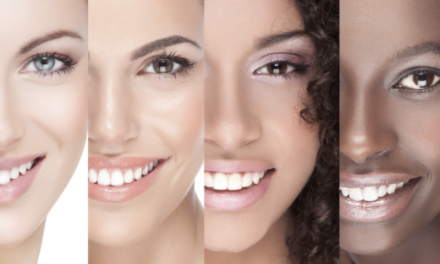 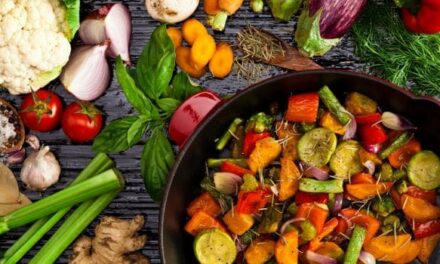