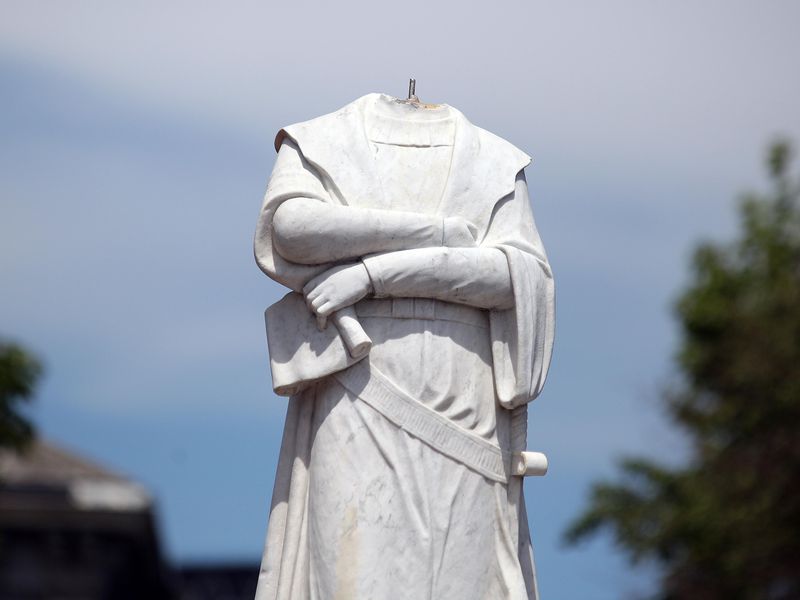 Christopher Columbus was born in Genoa between August and October 1451 and traveled extensively as a young man.
From Portugal, the explorer wanted to have royal patronage to travel westwards to the orient, the voyage, also known as “The Enterprise of the Indies.”

He eventually gained the sponsorship of King and queen, and with a fleet of three of his ships, the Santa Maria, the Pinta, and the Nina, Columbus set his sail across the Atlantic on 3rd August 1942.

Ten weeks later, he reached a small island on now known as the Bahamas, but believed to have reached Indies, he and his crew started calling the natives as Indians.  He named the small island San Salvador. He claimed the island for the King and Queen of Spain, although it was already populated.

Christopher Columbus has been regarded as the “Discoverer” of the New World in the 15th Century, but in reality, many indigenous populations were disrupted with the arrival of Europeans.

On the other three journeys across Atlantic, Columbus was sure he had found Japan, which was actually Cuba. He visited Trinidad and the South American mainland before returning to the ill-fated Hispaniola settlement, where the ‘Indian’ inhabitants had staged a bloody revolt against the Europeans. Conditions were so bad that Spanish authorities had to send a new governor to take over. Columbus was arrested, returned to Spain, and stripped of his titles. He did make one last voyage to the Americas, however, this time to Panama – just miles from the Pacific Ocean.

Columbus died in 1506, still in a misbelief that he had discovered the New route to East Indies.

Italian explorer Columbus, long hailed by school textbooks as the so-called discoverer of “The New World,” is considered by many to have spurred years of genocide against indigenous groups in the Americas.

He is regularly denounced in a similar way to Civil War generals of the pro-slavery South.

Living in times like today, when “Black lives matter” is the biggest movement going on in the world, racism, and racists are being attacked and so are their statues which stood in all their glory for centuries.

The 10-foot bronze statue of Christopher Columbus was pulled from its granite base by several dozen people led by a Minnesota-based Native American activist outside the state Capitol, documented by news photographers and television camera operators. A wave of vandalism has set in the U.S as the statues of Columbus and other figures seen as “slavers” are being pulled off their pedestals. Similar to Minnesota, another Columbus statue was beheaded in Boston on 10th June. Another one in Miami vandalized and one more thrown into the lake in Richmond, Virginia.

A wave of change has begun, and it’ll go on for a long time, because destroying statues isn’t enough.