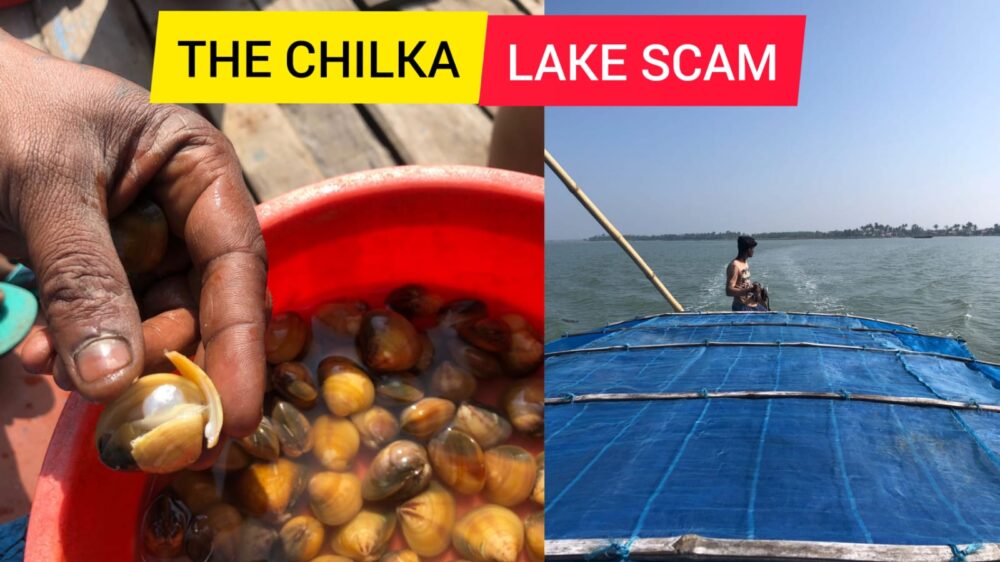 Odishaaaa……Beautiful yet quite untouched and full of surprises. Like most tourists, I too did the sun temple but was surprised at the beauty and the organized fun factor and scale of the Konark beach festival instead. Don’t get me wrong, the Sun Temple is pretty amazing too but in the land of Gods, it’s an effort to get in without a jack and then get a sublime moment amongst hordes of tourists guides and roadside vendors some of whole will drive you up the wall. From food to climate to places that were Odisha for me different and unexpected.

What I expected and planned often went sideways but the unplanned turned out to be most beautiful. Chilka lake was planned though, how could I not go to the largest wetland on the Indian subcontinent, and yes the sublime boat ride is very well secure priced and managed by the Indian fishery department (since fishing is the mainstay around Chilka) was pure unadulterated fun and moment of peaceful introspection. When I say that I could have easily forgotten the world in the vast universe of dolphins and beautiful birds of Chilka well I say it as an understatement since it’s much much more.

I wish I had adjectives for sublime but here I was searching for a few and meanwhile unknown to me a sitting duck for the gem mafia on Chilka. Like I said full of surprises! So the local diver stops my private cruise(well imaginatively since the big boat to myself was what I decipher as a cruise and why not)to show his diving skills and me lulled on by good music and scenic beauty of the surroundings in a very mellow mood am all attention and voila he turns back up with a coral kinda stone and offers to break it and I’m right there thinking wow this is such a good day. My wow turns to a speechless wowness when he opens the coral and in there in all, it’s natural cocooned glory sits a Panna (emerald).

So by now drunk on the glory and the beauty and perhaps teensy qeemat bit on other substances I can’t quite believe my luck and ask if I can buy it since it’s gonna be a perfect moment as an ode to this perfect day. After lots of haggling, he settles for a price and I can’t quite believe the steal. Just as I’m about the part with my good luck charm he offers to dive again and the greedy strain in me agrees. This time the diver returns with several corals. And again with the same ritualistic Elan offers to break shell for me. And the first one has the most perfect ruby inside it.

Holding which I’m awed at the perfection of nature and meanwhile, the second one divulges from its recesses the shiniest round Pearl. The diver washes and hands me these and I’m wondering at the chiseled perfection of Mother Nature till I realize through my haze that they were just too too too perfect. How did Mother Nature carve the shape so perfectly abs yet again polish them so amazingly and common sense took over and I realized since when was emerald found inside corals and not a mine? Told ya— full of surprises.

And then and there I knew what was happening at the local level in the beautiful world of Chilka. The boatman and the villagers had this neat little let’s fool them racket of gemstones going on for the gullible tourists. Mind you the boatmen specifically choose low areas near fishing villages to park the boat but are smart enough to do so far from other boats so that you cannot ask for advice from anyone else. The divers are also smart enough to bring out a mixed variety of gemstones to perplex the gullible buyer and tempt them.

Though I must say they are quite well trained to answer your queries as I got to know later from a couple who bought pearls and were dancing in their bubble of finds till I burst it. But the point is that until and unless you are pre-warned or really smart you will be drawn to the process as totally authentic and rare because the coral which probably is made of Plaster of Paris is very well mimicked in size and color by the racketeers and the inside part right up to the sticky jelly looks almost real till you hold the gemstone which you would realize is far too polished and shiny to be natural and is obviously a market fake put inside before.

For the information of the skeptical, the naturally occurring stones are shapeless and formless and often lack the luster which is later given to them. Such chiseled stones as being doled out in Chilka can only be man-made and are obviously fake and of course part of the experience!