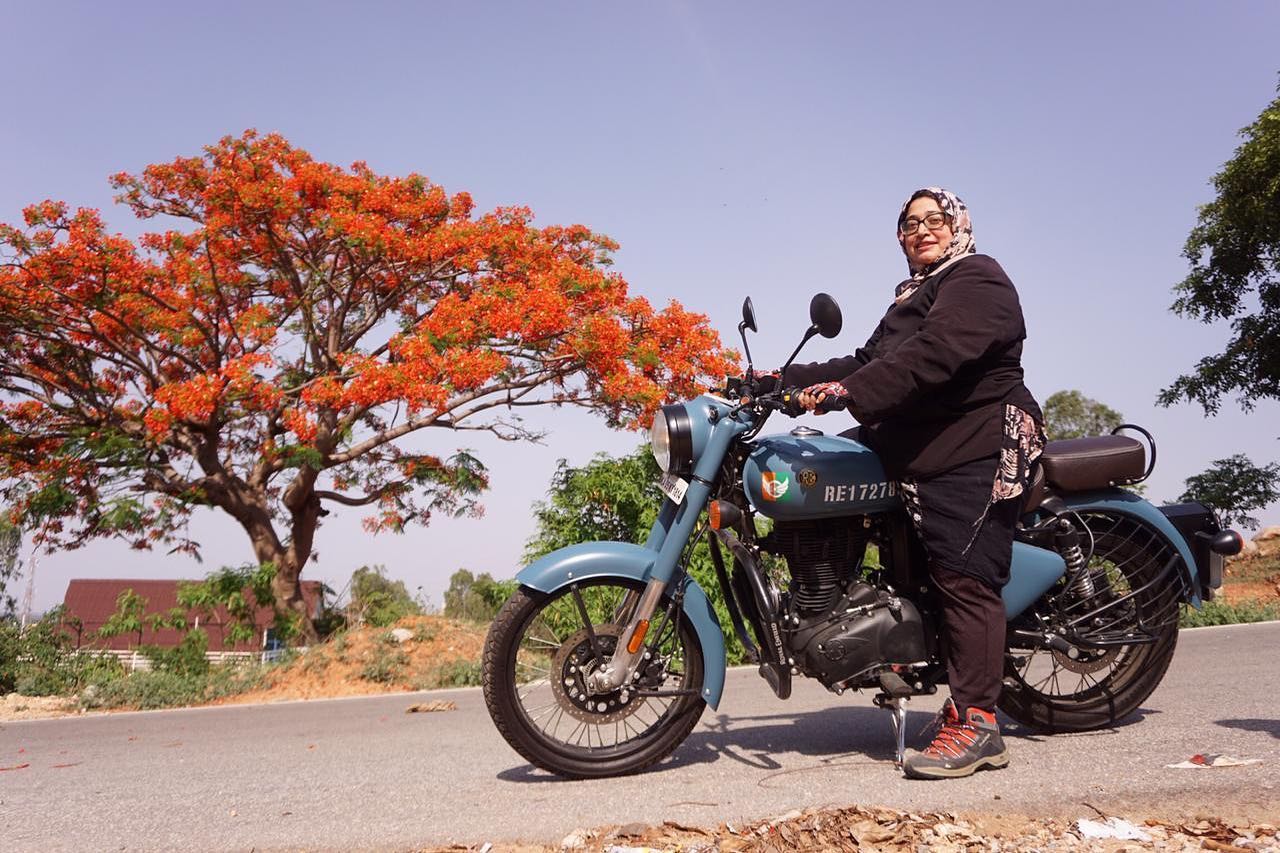 Women make it all look easy
walking on a tight rope,
balancing all their struggles,
whilst juggling with work and a domestic chore,
motherhood and inequality,
Tensions and other troubles.

Yet they have a warm smile,
like a daffodil garden during March.
A heart filled with kindness,
like a picturesque sunset by the river.
And a mind fuelled with passion,
ready to conquer the world
& inspire the women of tomorrow.

“Can we talk today”, I ask,
“I’m busy at work,” she says.
Can we talk now she asks?
I haven’t gotten free I respond.
Today,
Tomorrow,
Next week,
That’s how I and Mehdia kept juggling for weeks before we finally sat down for a quiet chat.
And was I glad of the silence of my thoughts and preconceived notions that day?

Hell yes because this little unassuming woman is meant to be heard like really heard.
Labels and tags and propriety are not her figure of speech.
Bold and carefree and in your face is her mark.
“I’m morbidly obese, “ she says (damn the politically correct usage)and biking my college passion seemed to yell with resonance at that moment to be rekindled and reawakened.
At 50 what do you wanna prove? Most would ask.
Women can have fun too she says (damn the judgement).
That’s my dear readers Mehdia Fatima for you— bold, brash, brazen, brave and accepting challenges which though in her words are normal things every woman does daily.
I was speechless and definitely could not argue with her fiery logic.

BreakTheBias: With Mehdia Fathima, a biker mom who loves the smell of grease more than a tadka!

The 50year-old solo biker has been on two trips – Golden Quadrilateral Ride and Indian Coastline Ride – covering around 15,500 km. “I always prefer a two-wheeler to a four-wheeler, thanks to the horrible traffic in Bengaluru,” she smiles making it all look so simple and mundane. But my interest in bikes bloomed again when a colleague gave me a chance to ride his bike three-and-a-half years ago. I bought a Bajaj Avenger 220 Cruise and started taking part in group rides with my colleagues and the Avenger club. Then again I desperately wanted me-time and that’s how I started solo rides.

Simple logical affirmation. In her Golden Quadrilateral Ride, she rode across 16 Indian states in three weeks and took more than four weeks for Indian Coastline Ride. She also went on to become the first person to ride solo across the tough terrains on the entire coastline of India, a commendable feat of 8500 km. Making her place in the male-dominant sport, “My preparations for each trip start two months ahead of the trip. They are self-funded and done out of passion and hobby.”

A mother of two teenagers and working full time and homemaker all at once; she came across a lot of criticism first. Many asked what I want to prove at this age. My question is, why should a woman always have to prove herself for everything?

Would you ask a man?
No!!!!
So don’t ask me!!!
As always simple and logical.
A woman can cook and may as well ride a bike,” says Mehdia Fathima, a biker woman blurring the rough path of gender roles,
While a woman’s place is often seen as a pillion rider, Mehdia chucks these social roles and follows her heart. Dressed in a hijab, she calls herself a cosmopolitan with a conservative upbringing.

And the beauty of her solo rides was the planning and the support from her immediate family. Planned during the kid’s summer break so that her husband didn’t have extra work she braved the peak summer heat on a two-wheeler across Andhra and Odisha. Then again the mom in her made endless deep-frozen home-cooked meals to be utilised by the family. Apart from responsibility and care she intelligently planned her trip during daylight starting early mornings so as to avoid lonely roads coming back she does say that she four out India to be extremely safe and friendly and supportive.

But I was under no agenda to prove or to undertake a social statement she says. The rides were for me and my passion and everything went smoothly giving me confidence and encouragement for my future. Hijab adorned biker who was not out to attract any attention but just enjoy the exhilarating experience of a bike the freedom of the woman versus the machine. It’s not about gender stereotypes, she says. “I always wear hijab. In fact, while riding, the hijab gives more protection from dust and sun exposure.

Like I said simple and logical yet profound is what I found her to be. No hidden agenda nothing to prove just a woman’s love for the sport which later she explains went beyond biking and she has eventually explored avenues and mastered half marathon as well
Simply because obesity is not an excuse. It does not stop you from anything. If you are not in competition with others then there is nothing stopping you

In fact, she says biking gave her discipline and strength and perseverance. When you have to get up at 5 am and hit the road daily because there is no turning back literally then going forward is the only choice. Though in regards to the perspective on women going forward is a slow pace she says and might take another 100 years in our country for the same. Mehdia also encourages women to learn to motorcycle and organizes boot camps within her known groups from time to time. Mehdia has been invited as a speaker at many prestigious colleges and IT companies to motivate young and old alike to strive and pursue passion despite all odds.

Yet meanwhile, this little packet of all 5 feet 1 inch is maintaining a low profile defeating ageism obesity and gender stereotypes in her own sweet fun ways and vrooming through it.