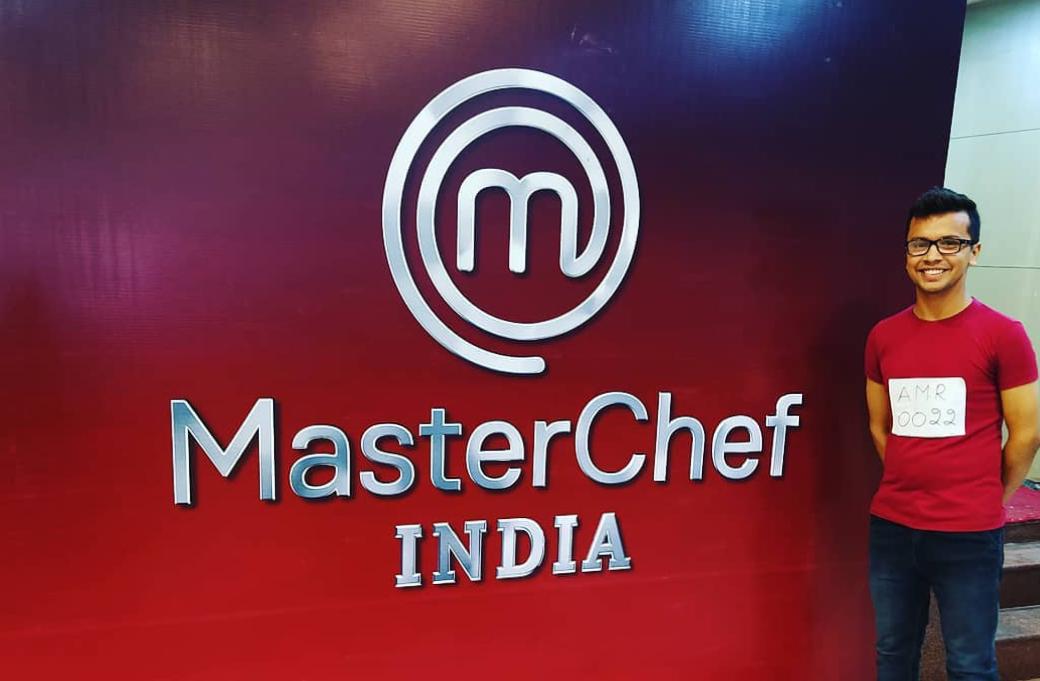 “A recipe has no soul, you as a cook must bring soul to the recipe” ~ Thomas Keller

Born in the kitchen sounds like a joke but this is exactly where Master Chef Prince took birth-in the kitchen and that is one of the reasons that he feels so immensely connected to the kitchen, its various equipment’s and ingredients and that is how he decided to choose to become a Chef and take it as a profession for his life.

Master Chef was like his forever dream, he wanted to fulfil it with all his heart. Back in 2017, he posted on his Instagram handle that Master Chef apron will be his one day and in 2019 he finally earned it, with all the hard work and perseverance. For him, reaching where he is today was like taking a ride on this massive rollercoaster but with his mom standing by his side and teaching him how to always maintain a balance in life, he kept fighting all the odds and so, here he is today, after all the problems all the ups and downs standing before us all as a Master Chef and after achieving this he for sure knows, what his mother has taught him all these years, he was able to apply it in his life.

To become a chef was an emotional dream as he always wanted to become a celebrity chef and now when people call him Master Chef Prince he thinks to himself that this word completes him.

His personal favourite cuisines are South Indian dishes and Awadhi, he likes to create the dessert as it makes him happy more than eating it himself. His personal favourite recipes are those of idli, dosa and sambhar because as he prepares sambhar his entire colony gets the magical aroma that intuits them about something delicious is cooking in Prince’s kitchen today.

For healthy eating and tasting all the cuisines, he has the ideology that everything should be in a proportion and balance, excess of anything can be hazardous, as if anything in access in the dish or diet, instead of being healthy, will be harmful to consume. He is also very selective about the number of ingredients he is adding, the quality of these ingredients and the brands he is referring to.

An incident that really shook him was at the age of four when his family lost their home and spent almost four days in Golden Temple, with a single pair of cloth and no money in his hands made him realise the value of money, home, shelter and food. So, that said they still don’t have a home of their own and they are living in a rented apartment but Prince is working really hard to get his family a home that they can call their own.

When he talks about struggle according to him it means the exam of life is going on, in which you don’t have to give up and it is the mirror of life which shows you the places you’re lacking in which in turn shows us our weaknesses and things we need to work upon. And once you face all your drawbacks and weaknesses, you will start believing in yourself and start feeling more confident rather than blaming your situation on others or your destiny.

Prince says, “If you have dreams if you have the fire in you and a passion to never give up then the whole sky is yours. Just remember one thing, that you have one life to shine and keep dreaming with your eyes wide open because sapne hi sach hote hai.”

He wants people to know him, not only for his cooking but also for him as a person, his personality and all the other things he loves doing like painting, dancing, acting, directing and he wants to come up with his dream restaurant that is ‘PEARL’. His biggest MOTIVATIONS are his MOM AND BHAI and then his family as a whole. His favourite chef which he truly follows is Godden Ramsay.

A myth about chefs he wants to break is, he wants to give everybody the freedom to create and show their creativity because nowadays the Chefs think that they are not going to teach anybody their cooking skills or techniques because of the thinking that they might be useless and know nothing about cooking,  without even trying to know the other person, who might be very intrigued to know the various methods and aspects of becoming a chef and Prince wants to change this by giving people the freedom to their mind, creativity and hands to show their own talents in front of the World.