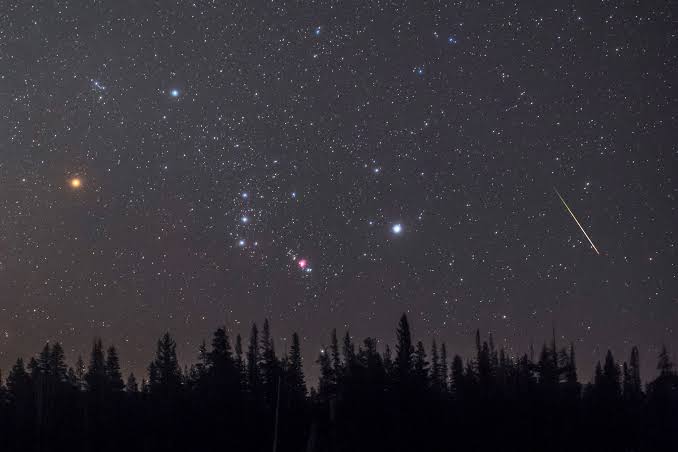 For months, skywatchers have enjoyed a view of the night sky that’s wholly unfamiliar to anyone alive today: a sky where Betelgeuse, one of the 10 brightest stars in the sky, has dimmed to around #25, about the same as the stars in Orion’s belt.

The dimming appears to have stabilized for now; Betelgeuse has remained constant since late January. This is the faintest Betelgeuse, one of the closest red supergiants to Earth, has ever appeared in our lifetimes.

Despite being a red supergiant star, Betelgeuse has a lot in common with our own Sun. They both possess a core region where nuclear fusion occurs. They both have large radiative zones, where the light and energy generated from the core’s fusion reactions propagate outward, taking a “random walk” path to get there. And they both have diffuse photospheres, where the light, having propagated to the star’s outermost layers, finally gets released into the Universe.

Like all-stars, the Sun and Betelgeuse both transport energy in a complex fashion, driven by large-scale electric currents, magnetic fields, moving particles, and thermally driven convection. The science of magnetohydrodynamics dictates how this all plays out in detail, with processes that occur in the core eventually propagating to the photosphere and influencing what we wind up observing.

Rumors of Betelgeuse’s impending death have been greatly exaggerated. The red supergiant star appears to be in no danger of imminently exploding, even though a recent, dramatic dip in brightness hinted that it could be on its last legs. The latest observations reveal instead that the star is starting to regain its former light.

Normally a bright, conspicuous red point on the constellation Orion’s shoulder, Betelgeuse is one of the most recognizable stars in the night sky. About 700 light-years away, the star is a young red supergiant, bloated and lumpy, that’s so big it would balloon out to Jupiter if it were parked in place of the sun. The giant pulses regularly, and its surface is a mottled mosaic of massive convective cells that move, swell, and shrink—similar to the bubbling pockets of plasma that cover the sun’s face, but much larger.

As it pulses, and as those convective cells shrink and expand, Betelgeuse’s brightness fluctuates. The star, whose name is derived from Arabic, is classified as a variable star, meaning that it periodically fades and brightens in tandem with several intrinsic cycles.

But last fall, Betelgeuse started dimming more than normal, and instead of perking back up again, it kept getting darker and darker. By the end of 2019, the star had faded to less than 40 percent of its original glimmer. It was no longer the 10th brightest star in the sky. It wasn’t even in the top 20. Betelgeuse was fainter than it had ever been since astronomers started keeping track.

prominent stars in the winter sky began dramatically and mysteriously dimming in the fall of 2019, dwindling to less than half its normal brightness. By February 2020, it was the faintest that it had been since measurements began more than 150 years ago, according to Dr. Dupree.

“The dimming was obvious to everyone when looking at the constellation Orion,” she said. “It was very weird. Betelgeuse was almost missing,”

Some astronomers and excitable members of the public wondered if the star was about to explode as a supernova. Such aging stars are notoriously cranky and moody, sputtering outbursts of gas and dust as their cores evolve and change.

At the same time a robot telescope called Stella — the STELLA Robotic Observatory, in Tenerife, Spain — recorded the surface of the star pulsating outward, helping to propel the hot gas.

The surface of Betelgeuse, like that of the sun, is covered with big blobs of rising and falling gas, called convection cells, that transmit energy from the interior. “We suspect that there was a confluence of a big convective cell on the surface and also the outward radial velocity that acted together to eject this material,” Dr. Dupree said in an email.

Radial velocity measurements showed that the surface, or photosphere, was moving out during 2019. From May to August, Betelgeuse was near the sun and out of view, she said: “And in September we saw this bright hot dense material moving out from the southern part of the star.”

Once the gas had gone a few million miles from the star, it cooled into a dust cloud that obscured the southern part of Betelgeuse.

Adding to the mystery is that Betelgeuse, after regaining its normal luminosity this May, has started to dim again. Betelgeuse has long been known to vary in brightness — although not so extreme as this year — in accordance with a 420-day cycle of pulsation in its size, so this new fading is occurring early, for reasons unclear.

That the star will eventually blow up is certain. Betelgeuse, sometimes pronounced “beetle-juice,” and also known as Alpha Orionis, is at least 10 times and maybe 20 times as massive as the sun. If it were placed in our solar system, its fiery gases would engulf everything out to Jupiter’s orbit.

The star is a so-called red supergiant in the last violent stages of its evolution. It has already spent millions of years burning primordial hydrogen and transforming it into the next lightest element, helium. That helium is burning into more massive elements. Once the core of the star becomes solid iron, sometime within the next 100,000 years, the star will collapse and then rebound in a supernova explosion, probably leaving behind a dense nugget called a neutron star.

Whatever Betelgeuse is going to do, it might have already done; we are just waiting for the news. The star is some 725 light-years away, so the light visible from Earth today, whether rising or falling, left the star around the year 1300.